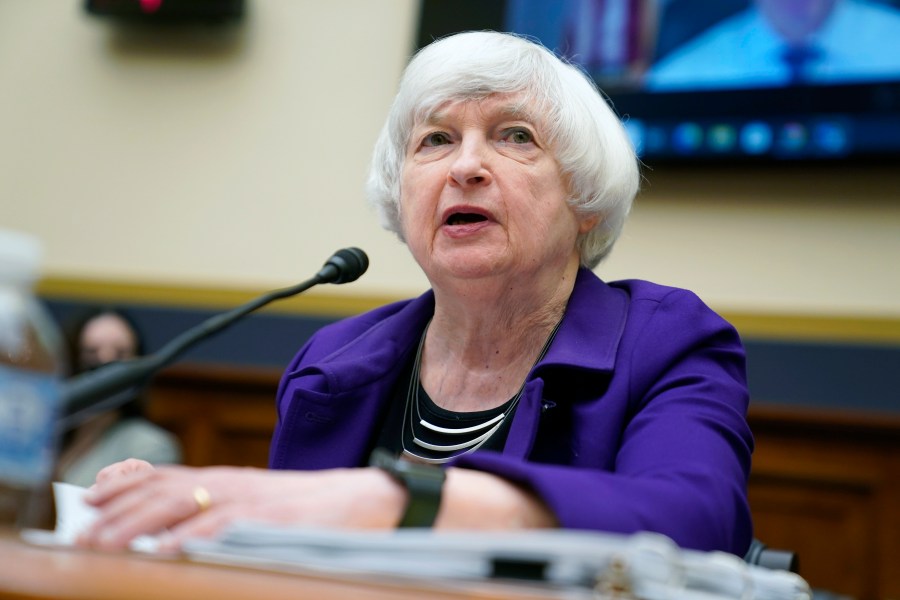 WASHINGTON (AP) — Treasury Secretary Janet Yellen says more government regulation is needed to police the proliferation of cryptocurrency and other digital assets and to ward off fraudulent and illicit transactions.

In practice, one result would be that users would get documentation of their crypto dealings for use in filing their taxes.

“Taxpayers should receive the same type of tax reporting on digital asset transactions that they receive for transactions in stocks and bonds, so that they have the information they need to report their income to the IRS,” Yellen said in remarks prepared for delivery Thursday at American University.

It was to be Yellen’s first speech about cryptocurrency since President Joe Biden signed an executive order on digital assets in March.

The administration’s action follows several high-profile examples of alleged cryptocurrency laundering and fraud this year. In February, the Justice Department announced its largest-ever financial seizure — more than $3.6 billion — and the arrests of a couple accused of conspiring to launder billions of dollars in cryptocurrency stolen from the 2016 hack of a virtual currency exchange.

And in March, federal regulators accused two siblings of defrauding thousandsof investors out of $124 million in unregistered securities offerings involving a digital token.

“To the extent there are gaps, we will make policy recommendations, including assessment of potential regulatory actions and legislative changes,” Yellen said in her remarks.

Biden’s executive order on government oversight of cryptocurrency urges the Federal Reserve to explore whether the central bank should create its own digital currency and directs the Treasury Department and other federal agencies to study the impact of cryptocurrency on financial stability and national security.

As banks and other traditional financial firms become more involved in digital asset markets, Yellen said, “regulatory frameworks will need to appropriately reflect the risks of these new activities.”

The use of cryptocurrency and other digital assets have exploded in recent years. Surveys show that roughly 16% of adult Americans — or 40 million people — have invested in cryptocurrencies. And 43% of men age 18 to 29 have put their money into cryptocurrency.

“Our regulatory frameworks should be designed to support responsible innovation while managing risks – especially those that could disrupt the financial system and economy,” Yellen said.

Lawmakers and administration officials have also voiced concerns that Russia may be using cryptocurrency to avoid the impact of the avalanche of sanctions imposed on banks, oligarchs and the energy industry in the past weeks due to the invasion of Ukraine. But Treasury officials and cryptocurrency experts have said crypto is not a workaround for sanctions.