Will Charles III be an ‘Activist King’? 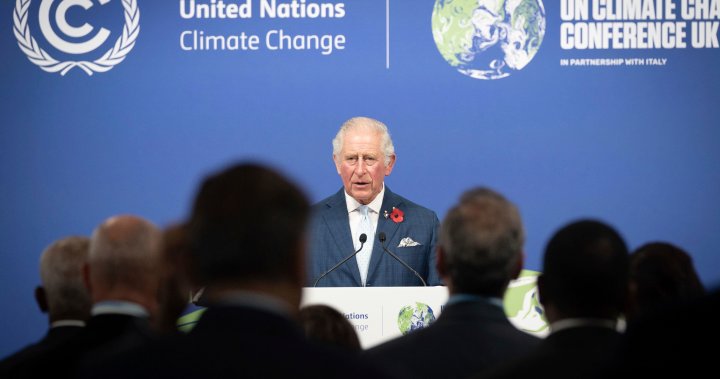 King Charles III dedicated much of his time as Britain’s longest-serving heir-apparent to activism, particularly on environmental issues, prompting speculation about whether his political activity will end following his accession.

“He’s got involved in all sorts of quasi-political areas and expressed his views, and he’s launched charities to further his views, and that has made him pretty unpopular,” said royal biographer Penny Junor.

Charles sparked controversy in 2015 when it was revealed he had sent private letters to government ministers demanding action on issues such as military readiness and fish protection.

Dubbed the “black spider memos” due to his sprawling handwriting, the cache of 27 letters included a 2004 missive lobbying then-prime minister Tony Blair to cull badgers and ignore “the badger lobby” in the United Kingdom.

As King, Charles is constitutionally required to remain strictly neutral on political matters.

“He won’t be an ‘Activist King’ and frankly, he can’t be, because it’s not the job. The job is to advise, to encourage and to warn,” said royal commentator Richard Fitzwilliam, referencing Walter Bagehot’s famous quote in The English Constitution in 1867.

Asked during a 2018 BBC documentary whether he would continue speaking his mind once he became king, Charles replied: “No. I won’t. I’m not that stupid. I do realize that it is a separate exercise being sovereign.”

But opinion polls show Britons are divided over whether Charles should continue fighting for his beliefs as King, with just over half wanting him to continue to speak out.

“You can see that younger people feel that there should be more openness, more liberal-mindedness when it comes to the royal family.”

While occasionally sparking controversy, much of Charles’s activism is widely seen as having a positive impact, particularly on issues such as environmentalism and climate change.

In 1970, a 21-year-old Prince of Wales gave his first speech about the threat of chemical and plastic pollution to our waterways.

“We are faced at this moment with the horrifying effects of pollution in all its cancerous forms,” he told the Countryside Steering Committee for Wales in Cardiff. “There is the growing menace of oil pollution at sea, which almost destroys beaches and certainly destroys tens of thousands of seabirds.”

“These issues were seen as fringe, as marginal.They are now firmly in the mainstream. And I would credit His Majesty the King with a large part of having achieved that,” British environmentalist Tony Juniper told Global News.

Charles has spent decades planting trees, building carbon neutral homes and giving speeches like the one in Cardiff in 1970. In 2013, he accused corporate lobbyists of turning the planet into a “dying patient.”

As Prince of Wales, he was patron or president of more than 400 organizations around the world. That list includes the ‘Campaign for Wool’ in Canada, which produces locally sourced clothing using wool that is raised, milled, dyed and woven within 100 miles of Toronto. They call the ‘100 Mile Jacket.’

“Textiles are one of the biggest polluters in the world. So garments that are made of sustainable fibres, of natural fibres that break down naturally in the environment are so important,” said Campaign for Wool CEO Matthew Rowe, who has worked for Charles’s charitable endeavours in Canada for over a decade.

Charles’s friends and fellow environmentalists expect him to honour his word and step back from his activism. Some fear they are losing a powerful voice and ally in the fight against climate change.

On Twitter, American environmentalist and former vice president Al Gore thanked the King for “decades of leadership and deep commitment to the environment,” but acknowledged his accession to the throne as a “bittersweet moment.”

“Becoming a sovereign doesn’t mean he’s going to abandon these ideas. It just means he’s going to have to handle them a little bit differently,” Rowe said. “He won’t be able to be as outspoken, but I think he will still be able to promote the causes that are important to him, particularly the environment.”

Juniper argues the King should be allowed to continue lobbying for action to combat climate change, because the issue transcends party politics.

“I would hope that we’ve reached the point where the science and the evidence is so compelling on these environmental questions and the implications so clear that we’ve moved beyond the idea that there’s those ‘for’ and ‘against’ action,” he said.

Denial of responsibility! Secular Times is an automatic aggregator of the all world’s media. In each content, the hyperlink to the primary source is specified. All trademarks belong to their rightful owners, all materials to their authors. If you are the owner of the content and do not want us to publish your materials, please contact us by email – seculartimes.com. The content will be deleted within 24 hours.
activismActivistCanadaCharlesClimate changeEnvironmentking charlesKing Charles III
0
Share FacebookTwitterGoogle+ReddItWhatsAppPinterestEmail