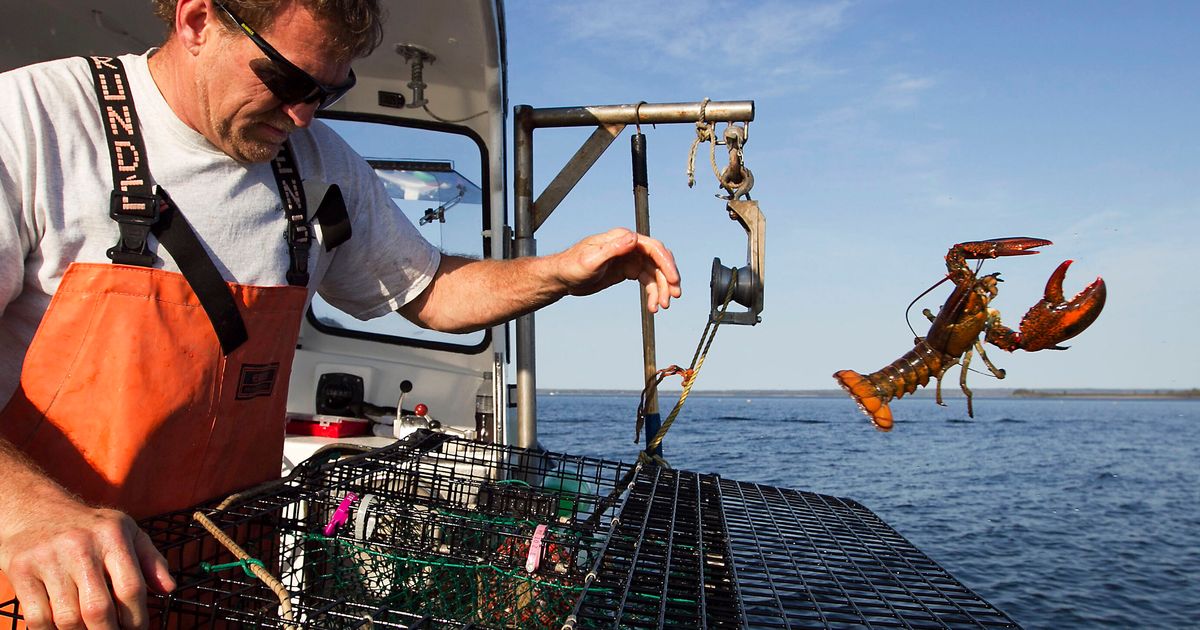 Lobsters from the Gulf of Maine — a fishery that two organizations recently labeled as unsustainable — are on the menu at the White House state dinner Thursday night.

“They had to ship 200 live lobsters to us yesterday morning,” White House executive chef Cristeta Comerford said of Maine’s lobster industry ahead of the diplomatic affair.

Intentionally or not, the White House is ignoring a growing battle between Maine’s lobster industry and conservationists over the plight of the critically endangered North Atlantic right whale. Fewer than 350 of the marine mammals remain, and they face myriad threats including entanglements in fishing gear, vessel strikes and climate change.

In September, Monterey Bay Aquarium’s Seafood Watch, which ranks seafood sustainability, added the American and Canadian lobster fisheries to its “red list” of species to avoid due to the risk harvesting the crustaceans poses to right whales.

“Entanglement in fishing gear is the leading cause of serious injury and death to North Atlantic right whales,” the influential organization wrote in its decision, adding that “current management measures do not go far enough to mitigate entanglement risks and promote recovery of the species.”

And last month, the London-based Marine Stewardship Council suspended its sustainability certificate for the Gulf of Maine lobster fishery, citing a July 22 federal court ruling that concluded regulations aimed at protecting the right whales fell short of legal requirements under the Endangered Species Act or the Marine Mammal Protection Act.

“To meet the requirements of the MSC Fisheries Standard, fisheries must comply with all relevant laws,” the MSC said at the time.

Several retailers, including Whole Foods, have pulled lobsters from their menus and shelves in response to the two groups’ assessments — a move that has outraged Maine’s lobster industry and lawmakers alike.

The White House did not respond to HuffPost’s request for comment Thursday.

The Biden administration’s selection of Maine lobster was met with a mix of disappointment and celebration.

“The lobster on the White House menu comes from a fishery with well-documented risks to the remaining 340 critically endangered North Atlantic right whales that are often entangled in fishing gear,” he said in a statement. “Until President Biden and the National Marine Fisheries Service takes their responsibility for managing our oceans seriously and put proven, effective safeguards in place to minimize the risk of entangling whales, the lobster on their menu cannot be considered sustainable by any definition.”

Rep. Jared Golden (D-Maine) slammed the president for other reasons.

“If the Biden White House can prioritize purchasing 200 Maine lobsters for a fancy dinner, @POTUS should also take the time to meet with the Maine lobstermen his administration is currently regulating out of business,” Golden tweeted.

Among other things, the National Oceanic and Atmospheric Administration is planning to limit the number of vertical lobster lines in Maine waters and implement new seasonal zone restrictions in an effort to protect right whales.

CORRECTION: A previous version of this article misstated Sen. Susan Collins’ party. She is a Republican.

Denial of responsibility! Secular Times is an automatic aggregator of the all world’s media. In each content, the hyperlink to the primary source is specified. All trademarks belong to their rightful owners, all materials to their authors. If you are the owner of the content and do not want us to publish your materials, please contact us by email – seculartimes.com. The content will be deleted within 24 hours.
Endangered SpeciesfisheriesJoe BidenlobsterMaine
0
Share FacebookTwitterGoogle+ReddItWhatsAppPinterestEmail

Germany knocked out of World Cup

Kanye West is not buying social media platform Parler after all