When will petrol prices drop? What the federal budget excise tax cut means for you at the bowser and when fuel will be cheaper 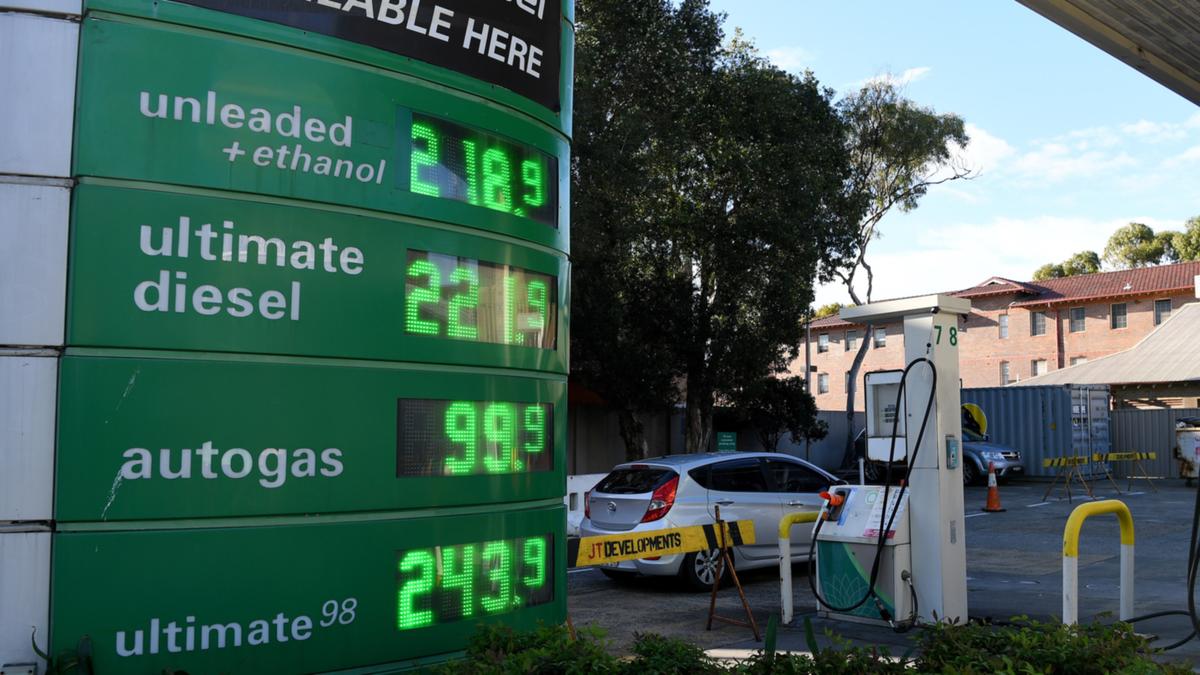 With petrol prices stubbornly high in large part due to the war in Ukraine, the federal government on Tuesday announced a short-term cut to the fuel excise.

The tax, usually 44.2 cents a litre, was slashed in half from midnight on budget night for six months.

“This cut in fuel excise, which takes effect from midnight tonight, will flow through to the bowser over the next two weeks,” Treasurer Josh Frydenberg said in his budget speech.

“The competition watchdog will monitor retailers to make sure these savings are passed on in full.

“This temporary reduction in fuel excise will not come at a cost to road funding, which will see more than $12 billion spent in the coming year.”

The ACCC has been tasked with making sure the excise savings are passed on to the consumer.

“We expect that fuel retailers will pass on the cut in fuel excise to reduce the price at the bowser as soon as possible, as existing petrol stock levels are used up,” ACCC chair Gina Cass-Gottlieb said.

“In light of today’s announcement, our petrol team will focus on this price monitoring work for the next six months to determine how retailers are passing through the excise reduction to consumers.

“We will contact petrol retailers to set out our clear expectations that the savings are passed on to consumers and advise them that we will be monitoring their margins. We will also continue to inform consumers of retailer behaviour.”

Mr Frydenberg said savings were not likely to be apparent at the bowser for the next fortnight.

After then, however, it’s forecast that the average Australian will save $15 on a 60-litre tank of petrol.

Truck drivers will also benefit from the changes, as diesel is included in the excise cut.

Bad news if your morning commute includes a plane, however, as aviation fuels were excluded.

Denita Wawn, the CEO of Master Builders Australia, said the relief at the bowser was a win for the construction industry.

“Builders and tradies who spend billions on fuel each year are reporting that they are being slammed by a 25 to 30 per cent spike in fuel costs in the March quarter,” Ms Wawn said.

“Builders and tradies are going to feel the benefit of the fuel excise cut as they fuel up their utes.”

But what happens if petrol stations don’t pass on the savings to drivers?

The ACCC says it will enforce the full weight of the law on those not doing the right thing.

“If retailers make false or misleading statements to consumers that they have passed on the savings when they have not, the ACCC will not hesitate to take appropriate enforcement action,” Ms Cass-Gottlieb said.

“We encourage consumers in major capitals to also look at the price cycle information on our website, and consumers everywhere to use price comparison sites.”

The average price of petrol on February 20, four days before the invasion of Ukraine, was 179.1 cents per litre, according to the Australian Institute of Petroleum.

Denial of responsibility! Web Times is an automatic aggregator of the all world’s media. In each content, the hyperlink to the primary source is specified. All trademarks belong to their rightful owners, all materials to their authors. If you are the owner of the content and do not want us to publish your materials, please contact us by email – webtimes.uk. The content will be deleted within 24 hours.
BudgetBusinessFederal PoliticsFinanceJosh FrydenbergPolitics
0
Share FacebookTwitterGoogle+ReddItWhatsAppPinterestEmail

Why has it taken so long to add more Covid symptoms to NHS list? | Coronavirus