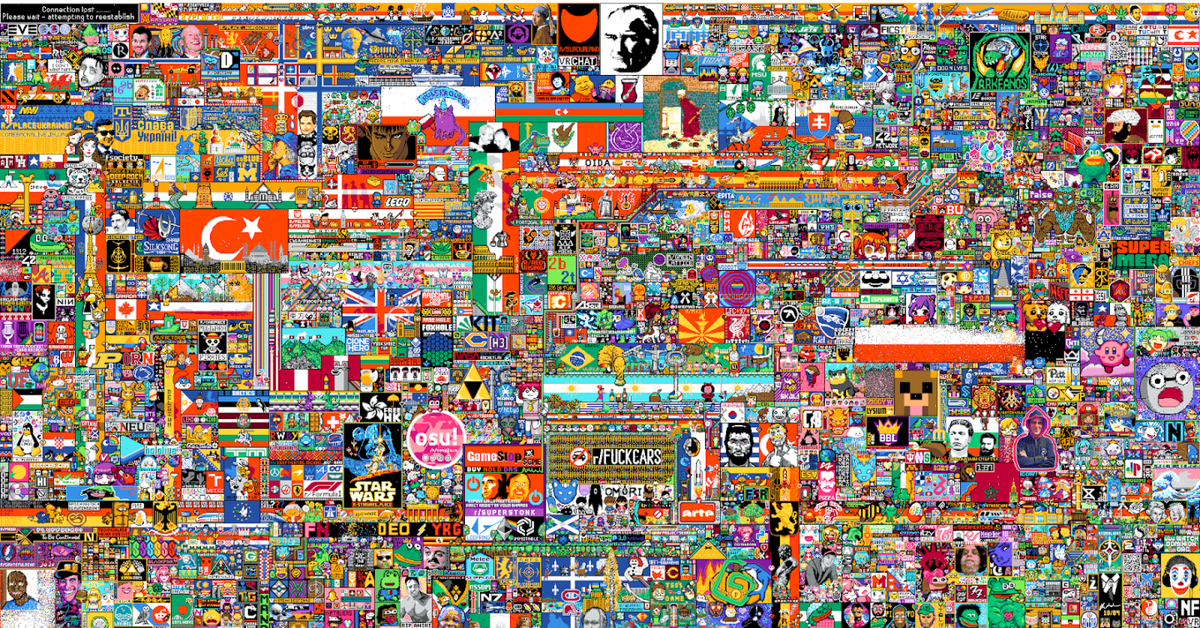 Even though you can no longer place tiles on Reddit’s r/Place canvas, which was a revival of an April Fools’ Day experiment, the platform has given us the chance to relive the experience. The company has provided a treasure trove of data, including a recap post that goes over numbers and statistics (things like which country placed the most tiles or which subs talked about r/Place the most), alongside an entire CSV dataset for people to tinker with if they’d like.

But, as someone who watched the chaos unfold by checking in every hour or so (and placed a few tiles of my own), the coolest thing Reddit posted is a three-minute-long timelapse that shows how the canvas was shaped by users over four days.

Watching it evolve is like staring into the heart of Reddit. You get to see communities fighting to take over tiles or collaborating to make their own pieces of artwork — which included everything from an Among Us crewmate to a giant trans pride flag. And, you know, a terrifying face peeking out from a void (which pops up multiple times, of course).

The GIF finally ends with an explosion of white — not because everyone teamed up to wipe the board clean like an Etch A Sketch, but because Reddit made it so users could only place white tiles at the end. Thankfully, everyone’s tiling work isn’t gone forever. If you go to r/Place now, there’s an interactive version of the canvas where you can scrub through the entire 80-plus-hour experience, and zoom in as far as you’d like.