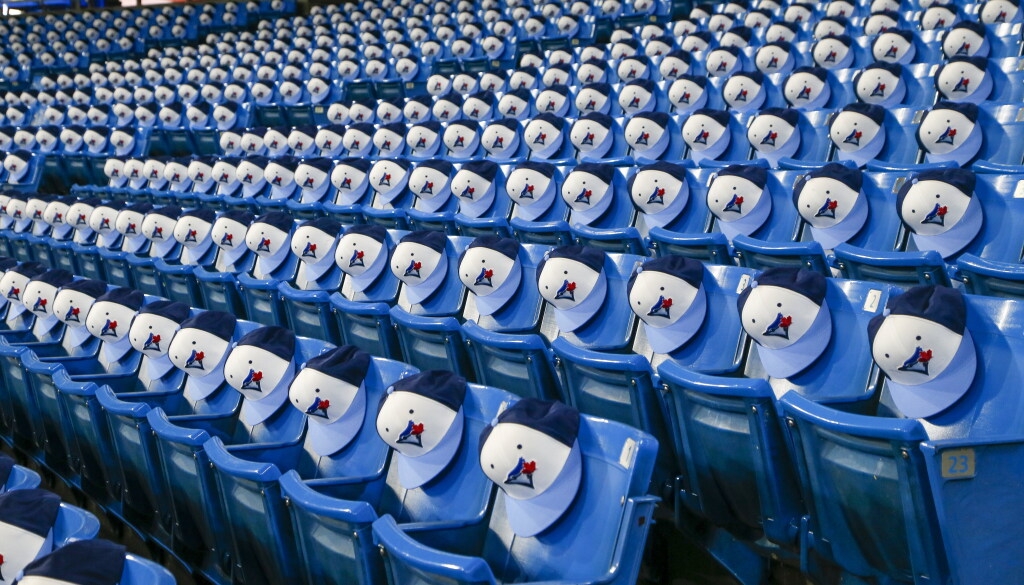 By George, it’s been a long time since Blue Jays fans enjoyed an opening day at Rogers Centre.

Some things are worth waiting for.

The Toronto Blue Jays home opener versus the Texas Rangers is the first since March 28, 2019. There’s no way to mask it, the COVID-19 pandemic, travel and border restrictions, and vaccine mandates turned Toronto’s Boys of Summer into Buffalo’s or Dunedin’s.

This changes Friday as Jays fans will get to see George Springer in a home opener, along with Vladimir Guerrero Jr. and Bo Bichette too.

Fans are excited. The Rogers Centre is sold out and the city has high expectations for 2022.

“It’s wonderful for the fans to have their team back,” said legendary Blue Jays broadcaster, former player and manager Buck Martinez. “This is such a good team and a great bunch of guys. The Toronto and Canadian fans need something to smile about and I think the Blue Jays will put a smile on everybody’s face. I know everybody is excited about opening night. It’s going to be a wonderful return to the Rogers centre for a full season.”

George Springer is not the only George pumped. George Mitzithras is thrilled too.

“I had to get three other jobs to make ends meet,” said the legendary hot dog vendor. “I am glad to be back.”

Coming to Canada in 1967 from Greece “with $100,” George said he’s lived the Canadian dream of raising three kids and enjoying four grandkids on the income he earns from selling gourmet hotdogs at events like the Jays, Maple Leafs, Raptors, TFC, Argos and concerts.

In addition to selling his famous dogs and sausages, George said he misses the buzz of Blue Jay games and seeing his regulars.

Wearing his Jays cap, he thinks this will be a special season.

Toronto and Martinez have had a mutual love affair for 40 years — a catcher famous for 1985 pennant winning year in which he broke his leg in a famous double play at the plate where he tagged out two runners. Retiring in 1986 after 17 years in the majors, and more than 1,000 games played, Martinez, now 73, has been an excellent teacher of the game from the broadcast booth.

“Toronto has been great to me since I came here in 1981,” said Martinez. “I thought I would be for a year and here we are on the verge of the 2022 season. The fans have treated me great from coast to coast. They wonderful people, they are loving, caring people and they love their team. I think it shows when they show up to the ball park and now they can come back Rogers Centre and a full house.”

This place will be rocking on Friday — and perhaps until October in the playoffs.

“It’s six months away but I think the team is as good as anybody in baseball,” said Martinez. “They can certainly win. They can win everything. But (manager) Charlie Montoyo has always been a guy who takes it one day at a time and I think that’s his approach this year as well.”

The first day is Friday night — more than 1,100 sleeps since the last time Blue Jays fans got to experience a home opener.

The Transfixing Beauty of Starling Murmurations