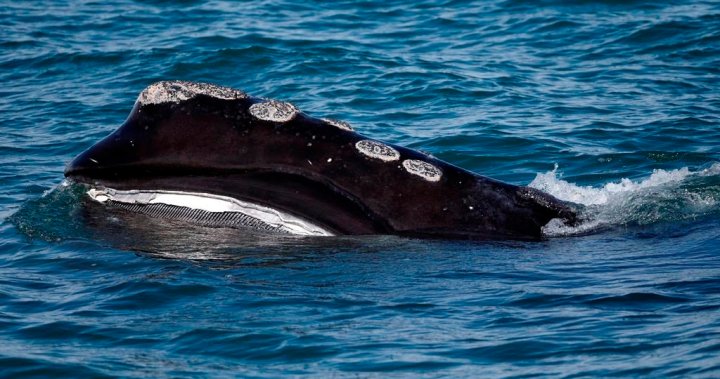 The U.S. federal government hasn’t done enough to protect a rare species of whale from lethal entanglement in lobster fishing gear, and new rules are needed to protect the species from extinction, a judge has ruled.

The government has violated both the Endangered Species Act and the Marine Mammal Protection Act by failing to protect the North Atlantic right whale, U.S. District Judge James Boasberg ruled on Friday. The whales number less than 340 in the world and have been declining rapidly in population in recent years.

Boasberg’s ruling was a victory for conservation groups that have long sought to save the whale and a new challenge for lobster fishermen who have fought back against tightening restrictions on where and how they can fish. Boasberg ruled that the court’s findings “do not dictate that it must immediately shutter the American lobster fishery,” but instead said the parties must propose potential remedies to the threat faced by whales.

The ruling “may seem a severe result for the lobster industry” and the government, but no one “operates free from the strict requirements imposed by the MMPA and ESA,” Boasberg wrote.

Environmental groups celebrated the ruling, while some members of the fishing industry took a more measured approach.

The ruling came after a group of environmental organizations sued the federal government with a complaint that it wasn’t doing enough to save whales from lobster gear. Boasberg’s ruling validates that claim, said Kristen Monsell, an attorney for the Center for Biological Diversity, one of the groups that sued.

“Lobster gear is a deadly threat to right whales, and the courts are telling the federal government to quit stalling and start taking real action. The Biden administration has to work much harder to help the industry prevent these agonizing, deadly entanglements,” Monsell said.

The Maine Lobstermen’s Association, the largest fishing trade group on the East Coast, said in a statement that it was still reviewing the ruling. The association also pointed to a section of Boasberg’s ruling that said the National Marine Fisheries Service “may find that other measures exist to reduce lethal take, or that projected take is in fact lower than originally estimated.” That renders the ruling “a mixed bag,” the association said.

6:20
Documentary “Last of the Right Whales”

“We are heartened that the court recognizes the great importance of Maine’s lobstering heritage and appreciates the potential and unnecessary harm that could be imposed on the men and women who work so hard to make our industry thrive,” said Patrice McCarron, executive director of the Maine Lobstermen’s Association.

The right whales give birth off Florida and Georgia and come north to the waters off New England and Canada to feed. They’re also imperiled by lethal collisions with ships, and federal authorities are expected to soon release new guidelines to help protect them from that threat.

The whales were once numerous, but they were decimated during the commercial whaling era. Some scientists have said warming ocean temperatures are causing them to stray from protected areas in search of food, and that has left them more vulnerable to collisions and entanglement.

Denial of responsibility! Secular Times is an automatic aggregator of the all world’s media. In each content, the hyperlink to the primary source is specified. All trademarks belong to their rightful owners, all materials to their authors. If you are the owner of the content and do not want us to publish your materials, please contact us by email – seculartimes.com. The content will be deleted within 24 hours.
Endangered Speciesendangered species actEnvironmentMarine Mammal Protection ActNorth Atlantic Right WhaleNorth Atlantic right whale conservationNorth Atlantic right whale factsright whale
0
Share FacebookTwitterGoogle+ReddItWhatsAppPinterestEmail