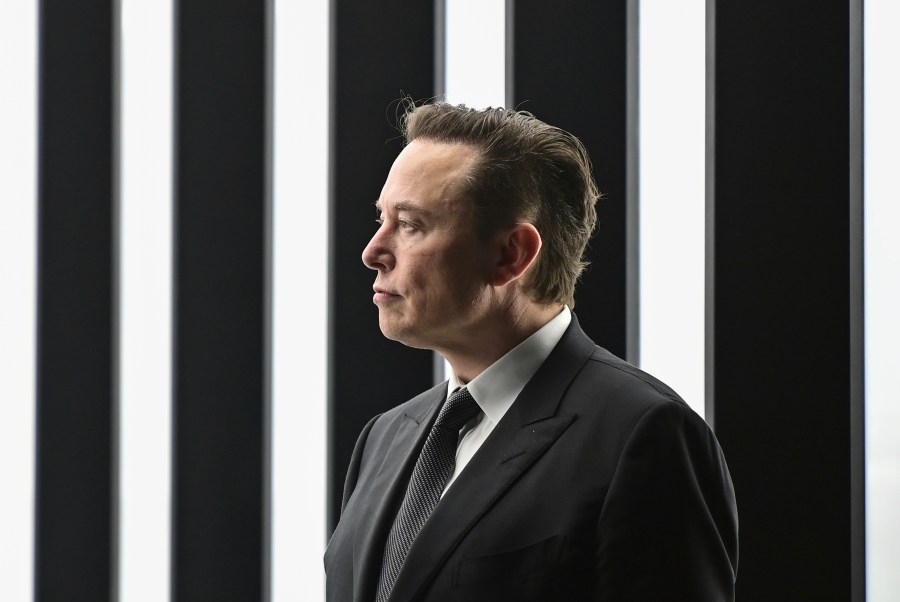 Twitter tweeted Tuesday that it is indeed working on a way for users to edit their 280-character messages, although it says the project has nothing to do with the fact that edit-function fan Elon Musk was just revealed as the company’s largest shareholder and now sits on its board.

Twitter said it will test the feature in its paid service, Twitter Blue, in the coming months. It said the test would help it “learn what works, what doesn’t, and what’s possible.” So it may be a while before most Twitter users get to use it, if they ever do. Twitter spokesperson Catherine Hill declined to say whether an edit feature might be rolled out for all users.

Many Twitter users — among them, Kim Kardashian, Ice T, Katy Perry and McDonald’s corporate account — have long begged for an edit button. The company itself recently teased users with an April Fool’s Day tweet saying “we are working on an edit button.” The official Twitter account said Tuesday that the April 1 tweet wasn’t a joke and that it has been working on it since last year.

Twitter also said it didn’t get the idea from a Twitter poll launched by Tesla CEO Musk Monday evening. Musk, himself a Twitter power user, asked followers if they wanted an edit button, cheekily misspelling “yes” as “yse” and “no” as “on.” More than 4 million people had voted as of Tuesday evening.

Musk also tweeted that he is looking forward to making “significant improvements to Twitter in coming months!”

Former Twitter CEO Jack Dorsey had said that Twitter had considered an edit button, but in a January 2020 Q&A maintained that “we’ll probably never do it.” He noted that Twitter’s current setup keeps the spirit of its text-message origins — texts can’t be edited — and the confusion that could result from users making changes to a tweet that has already been heavily circulated by others. Dorsey stepped down as CEO in November 2021.

People who study Twitter also say adding an edit button would likely change the nature of Twitter, making it less valuable as a historical warehouse that stores official statements by politicians and other high-profile people. Twitter, for better or worse, “has become the de facto news wire,” said Jennifer Grygiel, a Syracuse University communications professor and an expert on social media who researches propaganda.

Tweets are often embedded in news stories, which could cause problems if the users edit important or controversial tweets without leaving evidence of the original statement. Grygiel suggested instead giving Twitter users a window of time to edit their tweets before they publish them.

Letting powerful Twitter users edit their tweets means they would not be historical statements anymore, Grygiel said. “We need to think about what the implications are, what these tweets are, who has power.”

The company acknowledged those concerns Tuesday evening when Sullivan tweeted: “Without things like time limits, controls, and transparency about what has been edited, Edit could be misused to alter the record of the public conversation. Protecting the integrity of that public conversation is our top priority when we approach this work.”

Musk, too, had said that a proposal for a post-publication edit window of a few minutes “ sounds reasonable.”

Musk is someone who could seemingly use an edit button. His tweet about taking Tesla private at $420 per share, when funding was not secured, led to a $40 million SEC settlement and a requirement that Musk’s tweets be approved by a corporate lawyer. Musk is still embroiled in a fight over that settlement.

Twitter had earlier seemed to be taking a tongue-in-cheek approach to Musk’s poll. Twitter’s CEO, Parag Agrawal, retweeted the pollwith a seeming reference to an earlier tweet by Musk, saying “The consequences of this poll will be important. Please vote carefully.” Musk had used the same language in a March tweet describing another of his polls that asked whether Twitter adheres to free speech principles.

How To Get Dressed When You’re Running On Empty, According To Moms Who Know