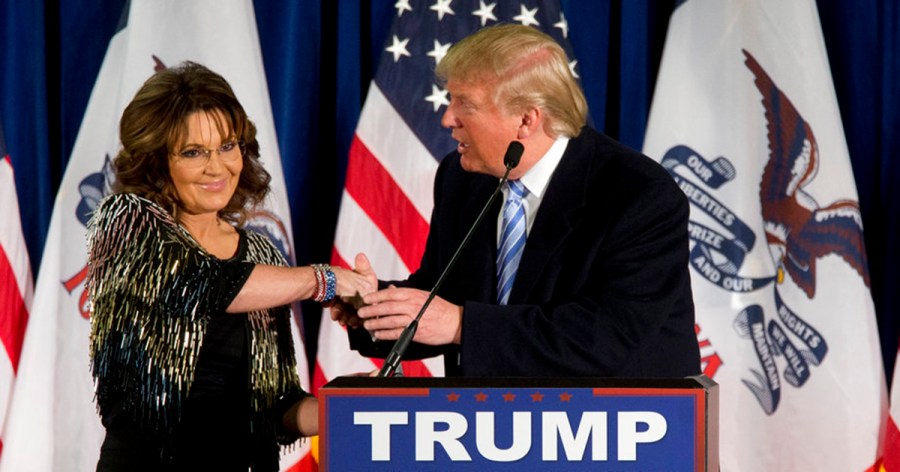 “Sarah Palin is tough and smart and will never back down, and I am proud to give her my Complete and Total Endorsement, and encourage all Republicans to unite behind this wonderful person and her campaign to put America First,” Trump said in a statement on Sunday.

“Sarah shocked many when she endorsed me very early in 2016, and we won big,” the former president added. “Now, it’s my turn!”

Palin announced her candidacy to replace the late Alaska Rep. Don Young (R) on Friday, just 45 minutes before the filing deadline for the race.

“I realize that I have very big shoes to fill, and I plan to honor Rep. Young’s legacy by offering myself up in the name of service to the state he loved and fought for,” Palin said in a statement Friday.

Trump also referenced Palin’s campaign on the presidential ticket with late Sen. John McCain (R-Ariz.), saying she “lifted the McCain presidential campaign out of the dumps despite the fact that she had to endure some very evil, stupid, and jealous people within the campaign herself.”

Trump referred to Palin as a “wonderful patriot” and said her congressional bid “means that there will be a true America First fighter on the ballot.”

The special election to replace Young is set to take place this summer, with primaries on June 11 and the general election on Aug. 16.