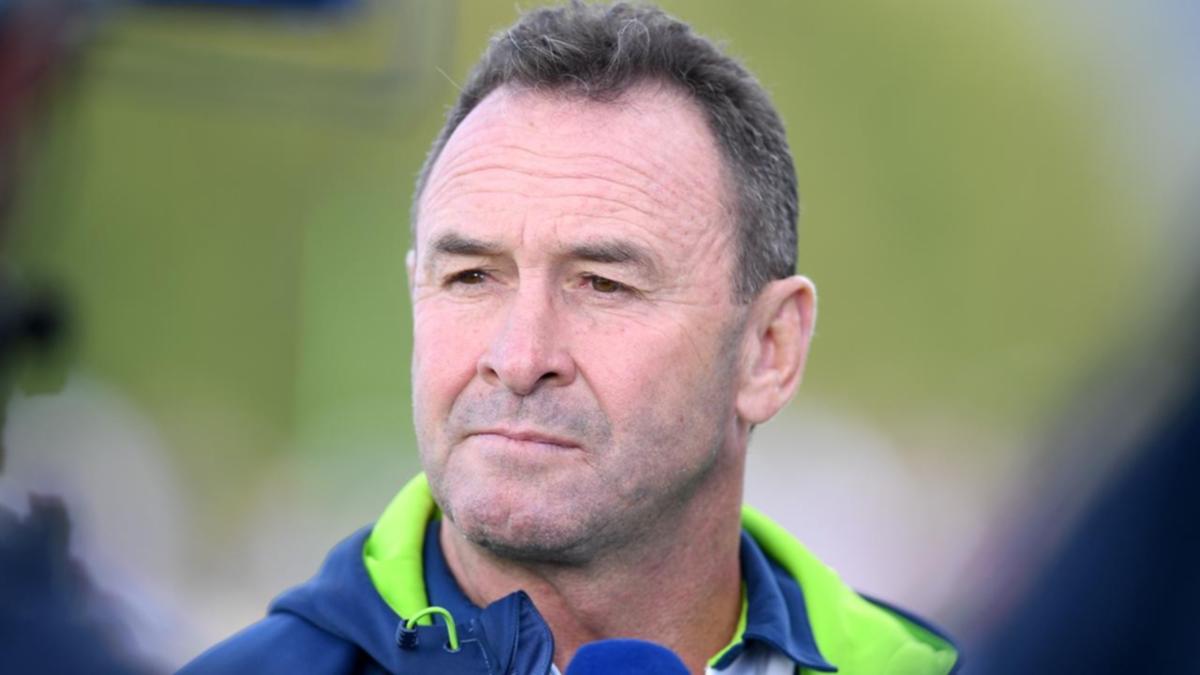 A rampaging Melbourne outfit are next on Canberra’s agenda as they look to get their stuttering season back on track.

Both sides trained in Wagga Wagga on Friday ahead of the clash at McDonalds Park, where the Raiders will look to finally produce some consistency after following up a famous comeback win against Gold Coast with a lamentable display against Manly last week, beaten 25-6.

Coach Ricky Stuart called for “a really strong performance for 80 minutes”, having seen his side trail just 10-6 at halftime against the Sea Eagles before falling away.

“It’s something we’ve lacked over the last four games and it’s been costly,” he told reporters.

“We’ve spoken about it, it’s a mindset, it’s something we just can’t afford to keep doing just playing 40 minutes.”

The Raiders will head in with an unchanged line-up for the first time this campaign, particularly important for a spine combination still looking to find their feet in the absence of halfback Jamal Fogarty and hooker Josh Hodgson.

It gets no easier for the 2-2 side, set to face a Storm squad that looked at its ruthless best pounding Canterbury 44-0 last weekend.

“I was really happy with our defence obviously, we scored plenty of points too, it blew out a bit with a couple of long distance tries which you don’t get too often,” Storm coach Craig Bellamy said.

“I was really happy with the way we defended and we’ll have to do that with the Raiders, they’re a strong physical side.

“We’ll need our contact to be right on right from the start.”

Bellamy said the continued emergence of new faces Xavier Coates and Josh King was a clear potential growth area for the side.

“Both of them had tremendous pre-seasons, they’re really hard-working guys and really fit into what we’re about,” he said.

“With our combinations, that’s improving … new players in our team are fitting in a bit better every week, it’s important to keep that going.

“And we certainly controlled the ball a lot better than we did the two weeks before … hopefully we can keep that going or even improve on that.”

Denial of responsibility! Web Times is an automatic aggregator of the all world’s media. In each content, the hyperlink to the primary source is specified. All trademarks belong to their rightful owners, all materials to their authors. If you are the owner of the content and do not want us to publish your materials, please contact us by email – webtimes.uk. The content will be deleted within 24 hours.
Rugby LeagueSport
0
Share FacebookTwitterGoogle+ReddItWhatsAppPinterestEmail