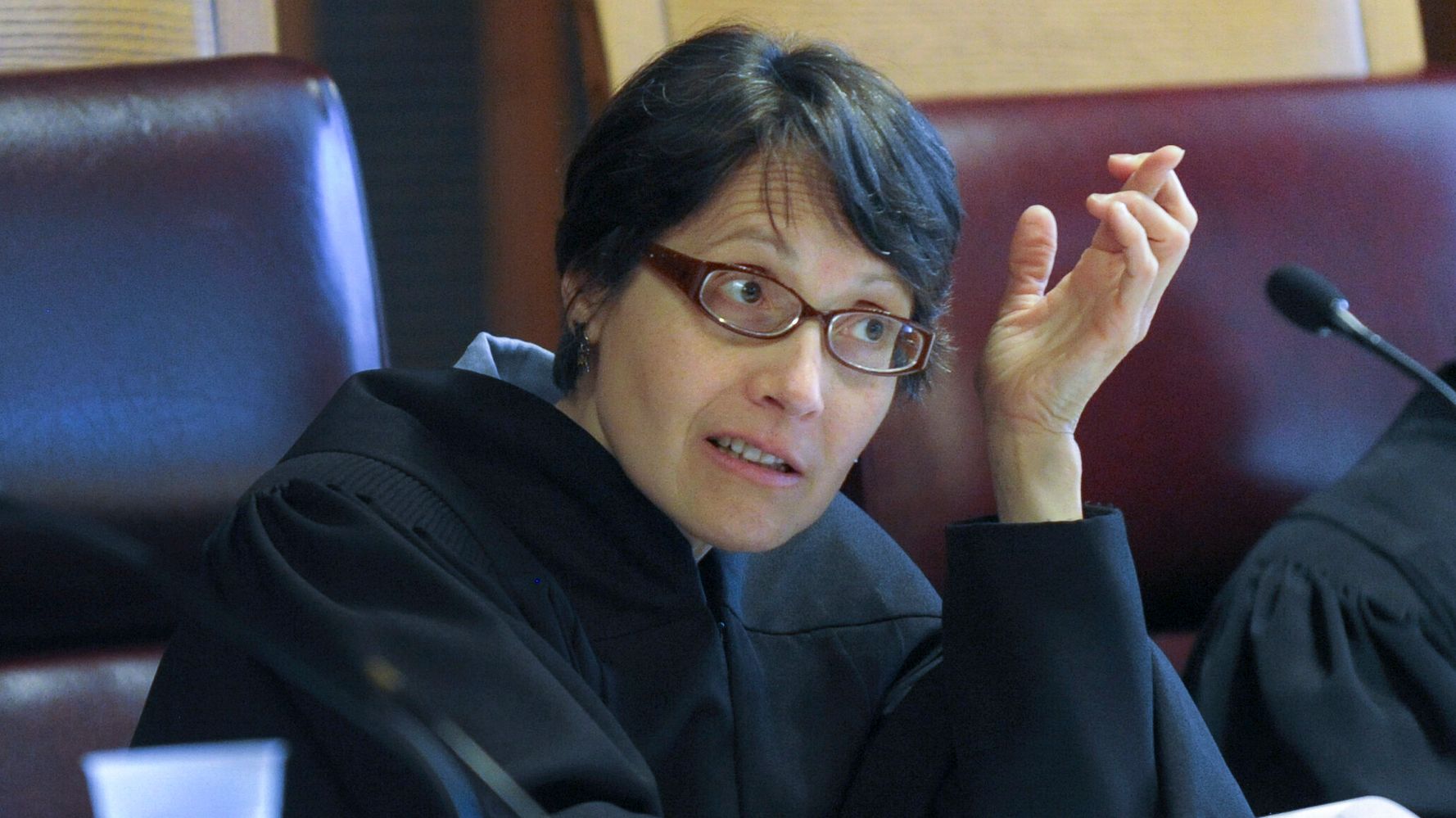 NEW YORK (AP) — A judge on New York’s highest court has been referred to a disciplinary commission and could be kicked off the bench for failing to comply with a rule requiring proof of vaccination against COVID-19.

Judge Jenny Rivera, one of seven jurists on the state’s Court of Appeals, is barred from court facilities and has been working remotely since October, court officials said. She is one of four judges statewide who have been referred to the state’s Commission on Judicial Conduct for being out of compliance with the mandate that applies to all court personnel.

The Court of Appeals is New York’s equivalent of the U.S. Supreme Court.

“We had made it clear from the outset that any Judge not in compliance subjects themselves to a referral to the Commission on Judicial Conduct for their determination,” courts spokesperson Lucian Chalfen said.

Asked about Rivera’s status, Chalfen said: “She is not in compliance with the court’s vaccination policy.”

Responding to a message left with Rivera’s chambers, Court of Appeals spokesperson Gary Spencer said: “If true, any referral would be confidential under the Judiciary Law.”

Rivera, who was appointed to the Court of Appeals by former Gov. Andrew Cuomo in 2013, has been participating in hearings by video, questioning lawyers through a large television monitor positioned next to her colleagues on the bench in the Albany courtroom.

New York’s state court system requires all employees to be vaccinated against COVID-19, a policy it put in place last year. On March 21, the state court system notified 156 court employees that they failed to meet qualification for employment and would be fired if they did not show proof of vaccination by April 4.

Chalfen said of those employees, 103 are being sent termination letters, one has resigned, 11 have said they are retiring, and 41 have chosen to comply with the mandate and will return to duty.

That deadline did not apply to judges, who can only be removed by the Commission on Judicial Conduct. The commission has never sanctioned or removed a Court of Appeals judge, according to a database of its decisions.

Rivera can continue working as a judge while the commission process plays out. The timeline for that process hasn’t been released.

On its website, the Commission on Judicial Conduct says all complaints remain confidential until it renders a public determination that a judge should be admonished, censured, removed or retired, or if the judge subject to a complaint has waived confidentiality.

A spokesperson for the commission, Marisa Harrison, declined to comment.

Since its inception in 1978, the commission has made determinations in 912 cases, about two-thirds of them involving low-level town or village court justices. The commission has removed 176 judges from office and publicly censured 342 judges. Another 114 judges have retired or resigned as a result of the commission’s proceedings.

Denial of responsibility! Web Times is an automatic aggregator of the all world’s media. In each content, the hyperlink to the primary source is specified. All trademarks belong to their rightful owners, all materials to their authors. If you are the owner of the content and do not want us to publish your materials, please contact us by email – webtimes.uk. The content will be deleted within 24 hours.
Andrew CuomoGary SpencerJenny RiveraKathy HochulLucian ChalfenMarisa HarrisonMichael SisakUS Supreme Court
0
Share FacebookTwitterGoogle+ReddItWhatsAppPinterestEmail

Smart #1 revealed as tiny EV with surprising amount of power