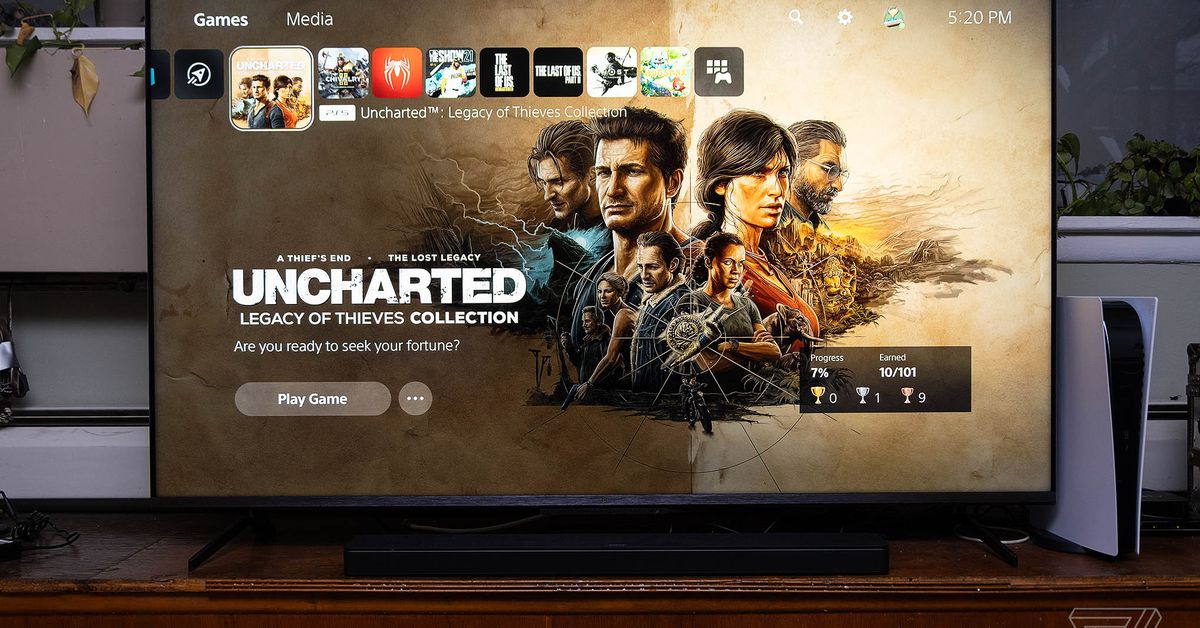 OLED may be the pinnacle of TV panels, but they’re still pricey — even after discounts. One very good alternative, the Mini LED-backlit TCL 6-Series with HDMI 2.1 ports, has dropped to a new low price today.

TCL’s 55-inch 6-series model with Google TV is discounted to just $659.99 ($290 off) at Best Buy. Mini LED backlighting serves as a great substitute if paying OLED prices is off the table. It has excellent brightness with more control than standard LED and can maintain deeper black levels while displaying great color contrast. Sound a little familiar? It may not be quite as good as OLED, but it’s playing in the same ballpark.

Plus, this TCL TV has two HDMI 2.1 ports and support for variable refresh rates up to 120Hz at 4K resolutions — a perfect match to power the Xbox Series X, PC, and PlayStation 5. Additionally, it runs Google TV software and even supports Google Assistant voice commands with a built-in mic.

It’s hard to beat today’s deal if you’re in need of a TV that’s great for all-purpose use, especially if you watch / play in a brightly lit room and you’re on a budget. Read our review.

TCL’s 6-Series Google TV improves on the Roku model with upgraded HDMI 2.1 ports (with two of them supporting 4K at 120Hz), a brighter picture, and hands-free voice controls.

One of the biggest — and most controversial — games of 2020 is so cheap today that you may be able to pay for it with change you find in the couch. Cyberpunk 2077 is just $4.99 for either Xbox or PlayStation physical versions today at Best Buy. We’ve seen this game drop to $10 a while back in 2021, but apparently Best Buy still has many discs to offload at an even lower price — a price that, at this time, could actually turn a profit if you traded it in at GameStop.

CD Projekt Red’s big-budget first-person RPG has had its ups and massive downs, but a recent patch added the long-awaited next-gen improvements for Xbox Series X and PlayStation 5, along with new content and more fixes. Today’s deal is on the Xbox One and PS4 versions, but there are free upgrades to the Xbox Series X consoles and PS5 versions. It’s a lot of gameplay for just five bucks, especially now that the game has come much further along. Read our review.

If you’re on the lookout for an affordable smartwatch and want one with great battery life, the Amazfit GTR 2e is currently just $99.99 at Amazon. This smartwatch borrowed many of the features from its pricier GTR 2 brethren and made them more affordable. And now, the GTR 2e is $40 cheaper than usual.

While we haven’t reviewed the GTR 2e, our resident wearables expert, Victoria Song, has used its GTR 2 counterpart and considers them a solid option if you’re on a budget and you don’t mind that it leans more fitness tracker than feature-rich smartwatch. The Amazfit GTR 2e supports both iOS and Android phones and has many of the fitness and health features you may come to expect, including GPS tracking and heart rate monitoring for workouts as well as sleep tracking. Amazfit claims it can get up to 24 days on a single charge, though with features like an always-on display, it may fall short of that. The GTR 2e is not as expansive when it comes to notifications and tight software integration with your smartphone as something like an Apple Watch, but for around $100, you may be able to forgive that.

For those of you who have an iPhone and would rather pony up for a more feature-rich Apple Watch, the Apple Watch Series 7 and SE are still on great discounts. First, the flagship Apple Watch Series 7 in its 41mm size with GPS and Wi-Fi is $329 ($70 off) at Amazon. It’s Apple’s latest and greatest watch, with a slightly larger screen that makes it easier to read details on your watch face with just a glance.

For those who want to spend less, the Apple Watch SE in its 40mm size with GPS and Wi-Fi is $229 ($50 off) at Amazon and Walmart. It largely retains the performance and specs of the previous-generation Series 6 — in the casing of the older Series 4 — but at a much nicer price, with the main drawback being a lack of ECG (electrocardiogram) and an always-on display.

Either Apple Watch makes for a great complement to an iPhone for fitness tracking, sleep tracking, and notifications on your wrist. They’re even better when you can get them at prices like these. Read our reviews of the Apple Watch Series 7 and Apple Watch SE.

Apple’s midrange wearable, the Apple Watch SE, serves as a step up from the Series 3, with features and a design similar to the last-gen Series 6.

Subscribe to get the best Verge-approved tech deals of the week.

Guide to What Fruits and Vegetables Are In Season In Spring