Sydney weather: This is when the BOM forecast predicts the rain will ease 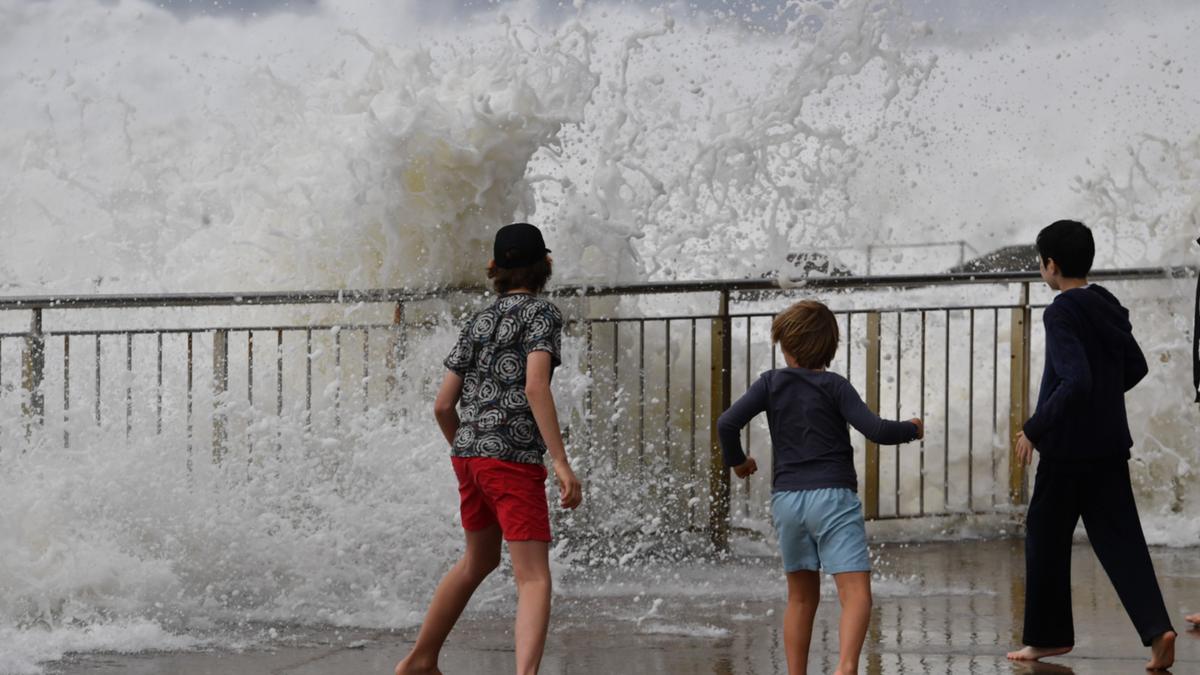 Another rain bomb is smashing Sydney with up to 140mm of rain expected in some areas ahead of the weekend, with the brunt of the deluge expected to hit on Thursday.

Flash flood warnings have been issued by the Bureau of Meteorology, with the intense rainfall settling in over Sydney, the Central and South Coast on Wednesday morning.

Watch the video to see more on this story

The rain bomb is the result of an upper weather pattern which will deepen a coastal trough forming over the south-east coast of New South Wales, from the Central Coast to the South Coast of the state.

The system is set to weaken on Friday morning, with the rain easing over the weekend. However, showers are still expected.

“The ground is saturated, rivers are full, the dams are at capacity,” the State Emergency Service’s Dan Story said.

The SES has warned of the potential for further landslips, as heavy rain and strong winds make the ground increasingly unstable.

The weather pattern will begin to amplify on Wednesday in the Illawarra, South Coast and the eastern parts of the Southern Tablelands.

On Thursday that will extend to the metropolitan, and southern parts of the Hunter.

Strong wind warnings have been issued for the Macquarie Coast, Hunter Coast and Sydney Coast.

Localised flooding is also expected along the Macdonald and Parramatta Rivers and areas in north and south Sydney.

A severe weather warning for heavy rain has already been issued for residents in Greater Sydney, the Illawarra, South Coast and parts of the Hunter, Central Tablelands and Southern Tablelands.

A flood watch has been issued for NSW Central and Southern Coastal Rivers, and Macquarie and Queanbeyan Rivers, with minor to moderate flooding on the Nepean, Hawkesbury, Colo, Georges and Woronora River.

The deluge follows a short reprieve from last weekend’s wild weather, when Sydney beaches experienced powerful swells that surged up onto the esplanade.

Residents of Avoca beach where waves breached properties last weekend have spent the early part of the week cleaning up after the pounding.

Now their efforts will shift to preparing for what is yet to come, “in case the big fella dishes out another serve,” Avoca Beach resident Jack Leary told 7NEWS.

For those preparing for a flood, the SES suggest stacking possessions on benches and tables with electrical items on top, securing items that could float, and relocating chemicals above floor level.

They also warn people in flooded areas not to drive through, ride or walk through floodwater.

Keeping up to date via local radio stations, and keeping contact with your neighbours is also recommended by the SES.

The saturated soils from relentless rainfall has left many areas prone to landslips and fallen trees.

A fatal landslip in the Blue Mountains took place on Monday while a British family of five were hiking at Wentworth Pass, claiming the lives of a 49-year-old father and his nine-year-old son.

The mother, 50, and a second son, 14, are fighting for life in hospital, while the couple’s 15-year-old daughter miraculously escaped injury.

“Unfortunately there’s been a landslip while they were bushwalking and a man and a boy have passed away,” NSW Police Detective Acting Superintendent John Nelson told reporters.

“In terms of the site, it’s extremely dangerous and unstable.”

Meanwhile, NSW will offer flood victims $20,000 grants to assist with rebuilding their homes after the state grew tired of waiting for the federal government to pitch in.

Northern NSW has been hit with repeated floods in recent weeks, destroying homes and businesses and hampering efforts to clean up.

Housing remains a priority, with hundreds of people still in emergency accommodation and others staying with friends and family.

A $67 million support package for schools, TAFE and child care will also include additional counselling for staff who have also been affected by the floods.

Families will be able to access $500 grants for each student.

These can be used to replace school uniforms, bags and equipment, as well as paying for other school expenses such as excursions.

Teachers who have lost resources including laptops can also apply for $1000 to replace them.

About 20 schools were affected by the floods, five of which had been significantly damaged, which may require buildings to be demolished and rebuilt, Mitchell said.

Prime Minister Scott Morrison said on Tuesday that he had written to Perrottet to stress his government was happy to share the costs of the flood support programs.

Perrottet said when announcing new grants on Monday that NSW would welcome support from the federal government.

“But ultimately we’re not going to wait, we’re going to get on with the job,” Perrottet said.

Denial of responsibility! Web Times is an automatic aggregator of the all world’s media. In each content, the hyperlink to the primary source is specified. All trademarks belong to their rightful owners, all materials to their authors. If you are the owner of the content and do not want us to publish your materials, please contact us by email – webtimes.uk. The content will be deleted within 24 hours.
Dominic PerrottetnewsNSW NewsPoliticsSevere WeatherSydney Weatherweather
0
Share FacebookTwitterGoogle+ReddItWhatsAppPinterestEmail

It’s a new year in the channel

At a glance: Oil companies see record profits in 2021