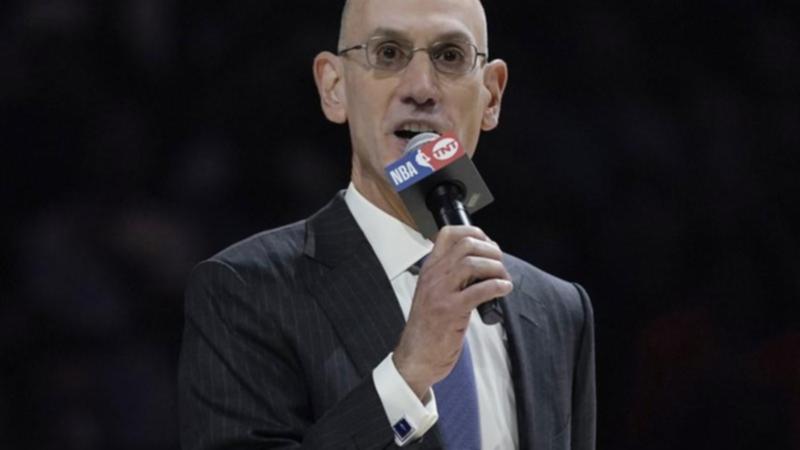 The NBA’s acknowledgement of the Black Lives Matter movement is a key example of its “constant balancing act” with social issues, commissioner Adam Silver says.

Silver has used the tumultuous events of mid-2020 to illustrate how the NBA has to weigh up what’s happening in wider society against its core business of running one of international sport’s biggest competitions.

“To draw a line to say ‘we’re never going to discuss political matters’ or ‘we’re always going to be political’, doesn’t seem to make sense,” Silver said on Thursday.

“These players, they live in society, they have feelings … 80 per cent of the players are Black.

“There’s no question that certain societal issues, particularly around social justice, may be closer to them than some other issues that are happening in the world.

“It’s very labour-intensive, you have to listen and try to work through.”

Silver was speaking in a pre-recorded interview that was aired at the SportNXT conference in Melbourne.

In mid-2020, the NBA resumed during the COVID-19 pandemic in its isolated bubble.

Weeks before, the death of George Floyd had set off widespread protests against racism and fuelled the Black Lives Matter movement.

When the NBA resumed, players were prominent in their support for Black Lives Matter, which was stencilled on the league’s basketball courts.

“It’s a hard one, it’s a constant balancing act and I think, in part, it’s a function to what’s happening in greater society,” Silver said.

“Many (players) felt personally compelled to protest, even during an pandemic.

“To re-start, it was appropriate to put Black Lives Matter front and centre on the arena floor.

“Guys wanted to represent on their jerseys, not just Black Lives Matter, but political messages that were important to them in that moment.”

Silver said the key was negotiating with the players on what was appropriate.

“The balance we reached with the players’ association was let’s agree on a set of terms that we all – players and league together – decide are acceptable.

“There was a recognition that it couldn’t be a free-for-all.

“We said ‘this is appropriate, at this moment in time’.

“When that season was over, we started the next season and we went back to having a ‘clean’ floor, as we have historically, and that seemed to make the most sense to us.”

Denial of responsibility! Web Times is an automatic aggregator of the all world’s media. In each content, the hyperlink to the primary source is specified. All trademarks belong to their rightful owners, all materials to their authors. If you are the owner of the content and do not want us to publish your materials, please contact us by email – webtimes.uk. The content will be deleted within 24 hours.
Sport
0
Share FacebookTwitterGoogle+ReddItWhatsAppPinterestEmail

‘You couldn’t get closer to spring if you tried’: readers’ favourite Easter day trips for families | Day trips