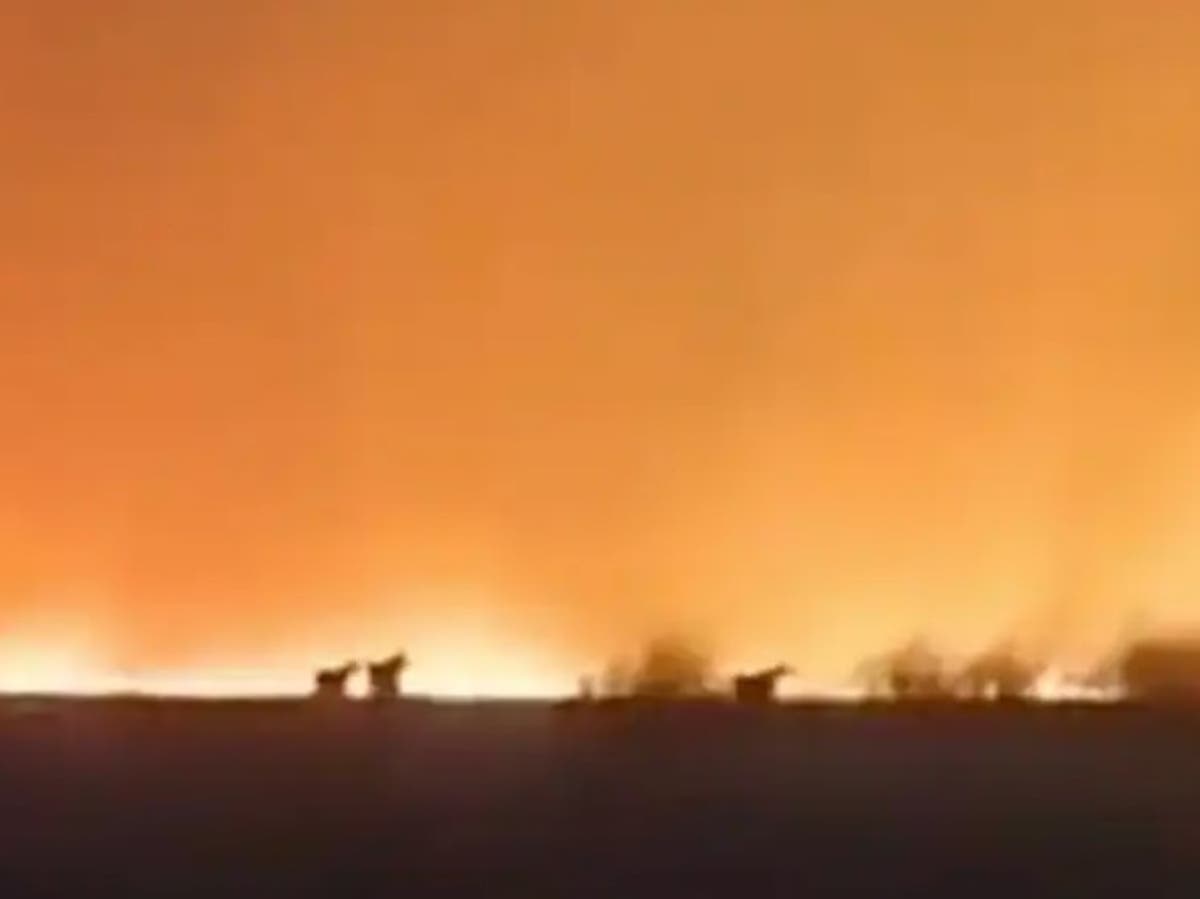 Wildfires have been left burning unchecked in Siberia because the Russian miliary units that usually deal with them have been relocated to fight in Ukraine.

Vast blazes have become an increasingly common occurrence in the region from spring to autumn.

Because they release huge quantities of carbon dioxide into the Arctic atmosphere, they are a major cause of climate change concern. Scientists have repeatedly said they need putting out as soon as possible.

But this year several of the fires are said to have been left burning because many of the military units which are responsible for tackling them have been dispatched to help with the Ukraine invasion.

The revelation comes three days after The Independent reported a monster blaze in the Tyumen region of Western Siberia: a shocking video showed a smoke-filled orange sky and a family of elk fleeing the carnage.

Jessica McCarty, a climate researcher at the Miami University of Ohio, told the Axios website: “Because the largest fires often need military aircraft to spot and verify the satellite or community reports, [and to] support and fight in Siberia, it is questionable that this capacity will even be available during the summer if the war continues.

“So, either there will be more fires … or these aircraft and personnel will be taken away from the western front and brought to Siberia.”

Greenpeace Russia has said the current wildfire area in the country was already double that of April 2021.

The news is especially concerning because wildfires are part of a dangerous feedback loop in Siberia, which sits within the Arctic Circle.

The fires thaw permafrost, which releases carbon dioxide and methane emissions into the atmosphere. Methane in particular has particularly potent greenhouse heating impacts in the short-term.

Land temperature in the Arctic Circle reached a record-breaking 48 degrees Celsius during a “persistent heatwave” in Siberia last summer.

Tax return 2022 cryptocurrency: What the ATO is expected to be cracking down on this EOFY