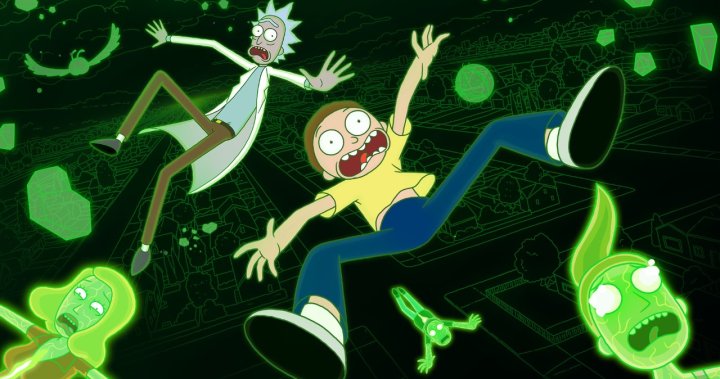 Beloved, out-there animated series Rick and Morty is flipping the script in Season 6.

Fans of the show, who’ve been on the edge of their seats since the cliffhanger ending of Season 5, will be happy to know that Season 6 dives right back in where the show left off.

The first episode of the new season does more than just wrap up those loose ends — “[it] kicks off a lot of stuff that opens the door wide for the next few seasons,” said executive producer Scott Marder to Global News.

After watching the first two episodes of the new season, it’s clear that something has changed in how the producers and writers are approaching the show. The traditional story arcs and serialization that Rick and Morty has typically steered away from are on full display at the start of Season 6, making for a season debut that feels exciting and different — an important thing to evoke for a show that’s been going on as long as Rick and Morty has — yet still true to form.

In anticipation of the return of Rick and Morty, Global News sat down with its showrunners Dan Harmon and Justin Roiland, executive producer Marder and members of the main cast including Chris Parnell, Spencer Grammer and Sarah Chalke, to get a behind-the-scenes look at how Season 6 is shaking up the show.

“I would, for the first time I think, in this show’s run — and I think we’ve earned this — but I would say ‘Hey, if you’re a new viewer, maybe don’t start with [Episode 1],’” Harmon said.

The episode, called Solaricks, dives deep into the multiverse, with wide-ranging consequences for its main cast — a big departure from the show’s status quo. We get to peek at Rick’s backstory for some brief moments, teasing an even deeper exploration of the fan-favourite character in the coming episodes and seasons.

But why fix something that isn’t broken? Despite the new emphasis on exploring the canon of the Rick and Morty universe, Episode 1 of the new season is still jam-packed with hilarious callbacks to previous episodes and cheeky references to pop culture.

Harmon addressed why Solaricks feels different as a season premiere. “Even when we ended previous seasons on a cliffhanger, we typically hit the reset button with the following story. [Episode 1] is definitely unique because it not only addresses the end of Season 5, but it creates more intrigue canonically.”

So why the change of pace? Harmon revealed to Global News that he’s relaxing the reins a bit and trusting younger writers to steer the show into unfamiliar territory.

‘Lord of the Rings’ is back: Everything you need to know about ‘The Rings of Power’ TV show

“I think that’s me in my old age. … I’m letting go of my compulsive aversion to serialization,” Harmon said, chuckling. “I’m letting younger writers who are fans of the show … if they tell me, ‘We need to address evil Morty,’ I believe them. I don’t want to be 49 years old and hitting millennials with my cane in the writer’s room and demanding that we do an episode about a talking yo-yo.”

Harmon said that as he’s allowed younger writers to take more of a lead in the show, he’s been seeing positive results. “That allows me to relax more and more,” he said.

“It’s just fresh blood with more connection to the audience that, at my age and my tax bracket, I’m going to organically become disconnected from,” Harmon said.

“We don’t want to see Rick and Morty episodes about him arguing with his gardener. If we continue that write-what-you-know rule, and I’m in charge of everything, then the show is going to get really boring.”

Rick and Morty has always been a self-aware show, so it’s no surprise that its showrunner is thinking critically about his role in the series.

Another reason that Harmon is trusting his younger writers more is that “they’re not afraid to Google the show.”

“I mean, I can’t read anything about Rick and Morty. I accidentally saw a thing on YouTube yesterday that made me want to quit,” Harmon said. “But a younger writer can watch that stuff without feeling like they failed their parents.”

Whether or not those younger writers do feel like they’re failing their parents or not, it’s clear that the show has become more attuned to what fans want.

“People don’t like my whimsical, let’s-make-Morty’s-sperm-big stories that are self-contained,” Harmon said. “They want a little more soap opera.”

According to Roiland, who is not only a showrunner but the voice of both Rick and Morty, Season 6 will have a good mix of episodes that drive the plot forward, as well as self-contained adventures.

“We want the show to have both. I still think every season should have a good amount of point-of-entry episodes, which are just like an episode that you can show a friend that’s never seen the show,” he told Global News.

Darting back to the other side of the spectrum, Episode 2, called Rick: A Morty Well-Lived, is a fun and mostly self-contained episode that feels like a good ol’ Rick and Morty episode that will please audiences.

Fans of John McClane and Christmas movies will be happy to hear that this episode parodies Die Hard, and Rick and Morty superfans will be excited to see the return of the Roy: A Life Well-Lived video game at the titular pair’s favourite arcade Blips and Chitz.

Summer assumes the role of John McClane, fighting a cadre of aliens led by Peter Dinklage as a Hans Gruber-type character.

“In Episode 2 she kicks more ass, which is cool,” said Grammer, who voices Summer. “There’s some really great episodes this season, I think, that really push all of our characters in pretty exciting ways.”

But even though this is mostly a one-off adventure, the implications of what happens at the end of this episode will reverberate throughout the series.

Leonardo DiCaprio and Camila Morrone split after 4 years together

“You watch it and you think, ‘Oh, that’s just a fun Rick and Morty episode,’ but in that last scene, there’s real consequences that take place that you can see played out in the rest of the season,” Roiland said.

“We see Morty regress a little bit, and this season he comes back to old form,” Roiland said. “Not so much, but it’s definitely noticeable.”

As for the other main cast, Parnell noted that his character, Jerry, is mostly unchanged this season — though we do get to see him in a new light during Episode 1.

“We do get to see Jerry take on a little bit of a heroic role, at least temporarily. And that’s gratifying. But you know, Jerry is pathetic, and Jerry is great in his own ways. And we do get to see him expand some throughout the season,” Parnell told Global News.

Chalke, who plays Beth on the show, will see an expanded role this season, much to her delight.

“Beth’s arc and evolution over the series has always surprised me,” she said. “This coming season, it surprised me more than ever.”

“Without saying anything, specifically, because we’re not allowed to give any spoilers, I think it’s my favourite season,” Chalke said.

What’s to come for our heroes

When Global News asked Harmon and Marder if they could tease anything from Season 6 moving forward, Harmon said, “Dinosaurs come back.”

Apart from that little tidbit — which is cryptic and still a mystery — Harmon teased a bit about the upcoming Season 7.

“Certainly it’s weird to talk about Season 7, but there’s even more Doctor Who-like myth episodes. Like ‘Who is Rick?’ and ‘What’s Rick after?’ kind of episodes,” Harmon said.

It’s not a surprise that Harmon is already thinking about Season 7, considering that Marder confirmed to Inverse that there won’t be any more large gaps in between seasons.

“We’ll have a season of the show every year from this point forward,” Marder promised the outlet. Global News also asked about the possibility of a Rick and Morty movie on the horizon.

Should BTS members be exempt from military service? South Korea may ask public

“I would love to do a Rick and Morty movie. I think it’s a great show to be able to do it, and do it really well, without really risking damaging the overall show,” Harmon said playfully.

“I think the only reason there isn’t one in the works is because, frankly, and maybe this is too inside, but our product is on the bottom of a big ol’ pyramid of corporations within corporations and sometimes at the very top, Zeus is fighting Poseidon or eating Kronos.”

“Once things settle and we have a grandpa at the top that is confident in itself and is ready to do business again, then I think that grandpa would see the financial merit in green-lighting a Rick and Morty project.”

So there you have it: corporations are to blame for why there isn’t a Rick and Morty movie already.

Rick and Morty is exploring entirely new dimensions, and even a whole new domain: real life.

An interactive episode called “Wormageddon” was recently unveiled as a global treasure hunt, where fans can discover “unique and immersive scenes that bridge the events from Rick and Morty‘s Season 5 finale episode with the Season 6 premiere.”

One such scene was discovered in Lower Bay Station in Toronto and fans can check it out until Sept. 5.

The new season of Rick and Morty begins on Sept. 4, with episodes airing weekly at 11 pm. ET on Adult Swim.

Denial of responsibility! Secular Times is an automatic aggregator of the all world’s media. In each content, the hyperlink to the primary source is specified. All trademarks belong to their rightful owners, all materials to their authors. If you are the owner of the content and do not want us to publish your materials, please contact us by email – seculartimes.com. The content will be deleted within 24 hours.
adult swimDan Harmondan harmon interviewEntertainmentJustin RoilandRick and MortyRick and Morty cast interviewrick and morty creator
0
Share FacebookTwitterGoogle+ReddItWhatsAppPinterestEmail