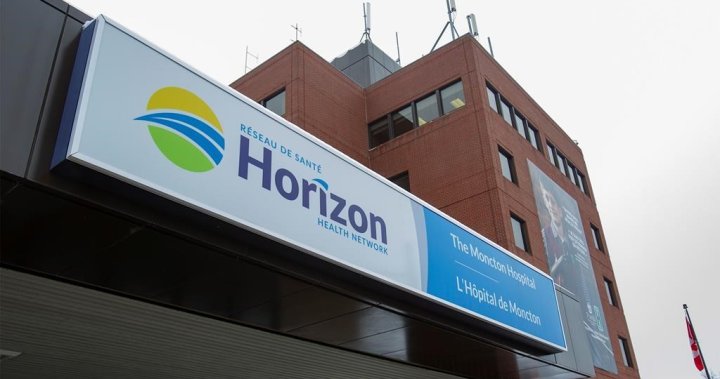 Horizon Health Network in New Brunswick has confirmed a patient died at the Moncton Hospital’s ER, while the department was “in a critical overcapacity state.”

According to a statement from Dr. Serge Melanson, the clinical lead at Horizon Emergency Services, the patient arrived at the hospital Tuesday night “with a serious health concern.”

“The patient was triaged appropriately as an emergency priority and placed in the main waiting room until a suitable exam space was available in the (emergency department),” said Melanson.

“While waiting to be assessed by the physician, the patient was being monitored by staff and had some early testing completed, however the patient’s condition quickly deteriorated.”

‘She couldn’t take the pain’ – N.B. couple get turned away at several ERs

According to Melanson, the patient was brought to a resuscitation area, but efforts were unsuccessful.

Melanson offered sympathies to the family and friends of the patient, while recognizing the efforts of the physicians and staff “under the challenging circumstances.”

New Brunswick’s health-care system, and specifically its emergency departments, have been under strain with staffing shortages over the past year.

Patients have spoken to Global News about struggling with ER closures, long waits, and being turned away because of capacity.

Last month, Vitalité and Horizon health networks said they had been hiring travel nurses from private temp agencies to fill gaps in staffing — especially in its emergency departments and critical care areas.


In August, Horizon Health launched a pilot project at its five major hospitals where a health-care professional would be stationed in the waiting room 24 hours a day.

“It’ll have staff who are available 24/7 to monitor patients’ vital signs, speak with them and determine if anyone is experiencing any increase of their symptoms or any decline in their status that would require it to be reported immediately to the triage nurses or the emergency department,” said interim president and CEO Margaret Melanson, at the time.

The move was a direct result of the death of a patient at the Dr. Everett Chalmers Regional Hospital ER waiting area on July 12.

A patient also died at the Edmundston Regional Hospital ER, which falls under Vitalité Health Network, on July 24.

On Aug. 12, a patient who arrived at The Moncton Hospital’s ER also died while awaiting care.

Higgs also wiped both boards, which are elected positions, from Vitalité and Horizon health networks. Two trustees were put in place instead.

— With files from Nathalie Sturgeon

Denial of responsibility! Secular Times is an automatic aggregator of the all world’s media. In each content, the hyperlink to the primary source is specified. All trademarks belong to their rightful owners, all materials to their authors. If you are the owner of the content and do not want us to publish your materials, please contact us by email – seculartimes.com. The content will be deleted within 24 hours.
Emergency RoomsERER DeathHealthHorizon Health NetworkNB ER deathNB ER deathsNB Health
0
Share FacebookTwitterGoogle+ReddItWhatsAppPinterestEmail

Upon Further Review: Why Kraken have been hesitant to give Wright more opportunity