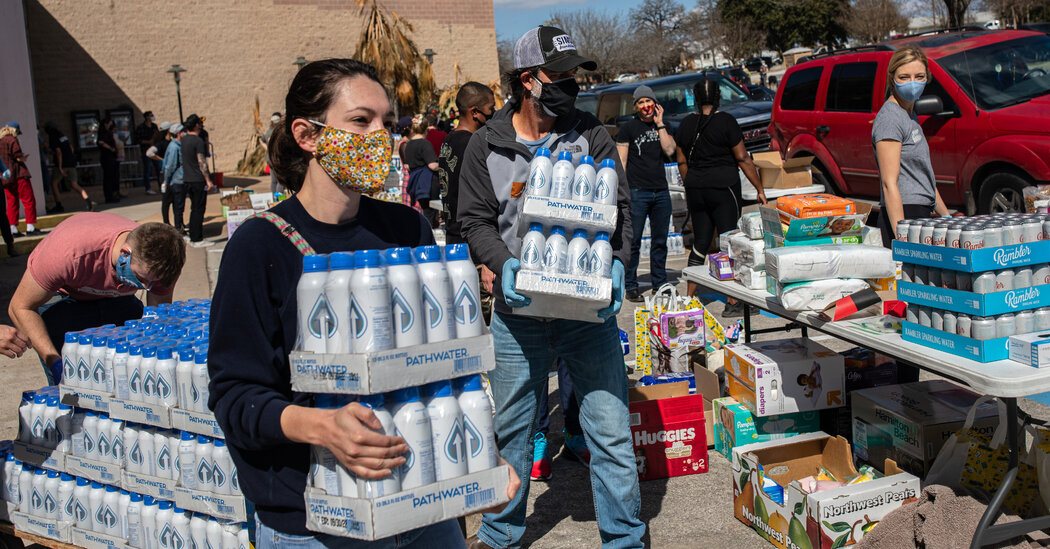 One in three Americans say they have personally been affected by an extreme weather event in the last two years, according to a Gallup poll released on Wednesday, reflecting a period that included a paralyzing ice storm in Texas, one of the largest wildfires in California’s history and a powerful storm that killed dozens of people in the New York region.

Thirty-three percent of U.S. adults said they had been affected by extreme weather since 2020, most commonly extreme cold, according to the survey, which was based on interviews conducted last month with about 1,000 adults living in all 50 states and Washington, D.C.

Hurricanes and winter weather, such as snow, ice storms and blizzards, were the most common extreme weather events cited, followed by extreme heat and floods. Two-thirds of respondents — 67 percent — said they had not been affected by extreme weather.

People living in the South and West were more likely to say they had lived through an extreme weather event, according to the poll, which has a margin of error of plus or minus 4 percentage points.

Those living in the South were most likely to say they had been affected by extreme cold, hurricanes or tornadoes. Residents in the West cited wildfires, extreme heat and drought as the extreme weather events they were most likely to have faced. Floods and hurricanes were the most common responses from Easterners, while Midwesterners cited snow or ice storms, along with floods and tornadoes.

There have been dozens of severe weather events in the United States over the last two years that have each caused $1 billion or more in damages, according to the National Oceanic and Atmospheric Administration. There were 20 such climate disasters in 2021, and 22, a record, in 2020.

They included a deadly ice storm that paralyzed much of Texas for days; a heat wave that killed hundreds in Oregon and Washington; Hurricane Nicholas, which swept states along the Gulf of Mexico; Hurricane Ida, which made landfall in Louisiana before its remnants killed more than 40 people in the New York region; and major wildfires in California, Oregon, Washington and Colorado.

Deadly combination. Global warming is greatly increasing the risk that extreme wildfires in the American West will be followed by heavy rainfall, a new study has found, highlighting the need to be prepared for mudslides and flash floods after the flames from severe blazes are out.

Ice shelf collapses. For the first time since satellites began observing Antarctica nearly half a century ago, an ice shelf has collapsed on the eastern part of the continent. The 450-square-mile ice shelf was located in an area known as Wilkes Land; the loss occurred in mid-March.

Last summer, experts said that the recent surge of climate disasters made it clear that the United States was not ready to handle extreme weather events as they occur more frequently as a result of a warming planet.

“These events tell us we’re not prepared,” Alice Hill, who oversaw planning for climate risks on the National Security Council during the Obama administration, said at the time. “We have built our cities, our communities, to a climate that no longer exists.”

Climate experts say that governments have not spent enough time or money preparing for climate disasters, and that there is a limit to how much the country, and the world, can adapt. If nations don’t move quickly enough to cut greenhouse gas emissions, which drive climate change, experts say, they will soon find themselves at the outer edges of resilience.