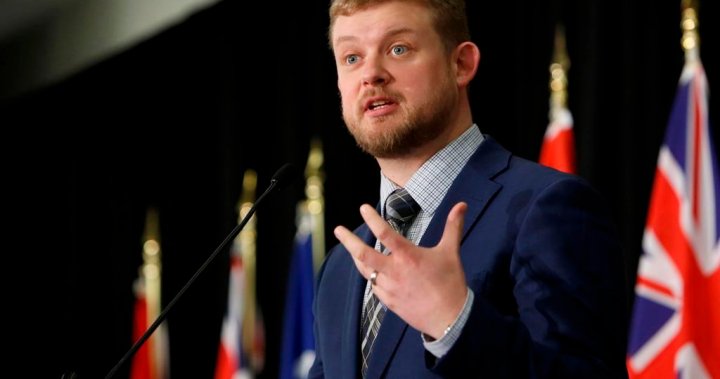 The New Democrats are confident there will be “no surprises” in the federal budget and that the Liberals will honour spending pledges made in their confidence and supply pact.

Daniel Blaikie, the NDP finance critic, is “confident” that a string of his party’s policy priorities requiring government funds will be in the budget and that the party will not be startled by unexpected omissions.

The budget is “the first test” of the agreement, he said, and the NDP will be watching closely to see if the Liberals deliver on their promises.

The NDP agreed to prop up the minority Liberal government until 2025, including voting for its budget so it passes through the Commons.

In return for support on the budget and confidence motions, it secured a string of policy pledges from the Liberals. Many need funding this year.

They include a $500 one-time top-up to the Canada Housing Benefit, funding for dental care for low-income families, and a big injection of cash in Indigenous housing.

The NDP also secured Liberal support for “moving forward” on taxing the profits that big banks and insurance companies made during the pandemic. The Liberals had promised a temporary corporate tax surcharge on the sector during the 2021 election.

The two parties also agreed to scale back subsidies for oil and gas companies.

While Blaikie has not been told of the contents of the budget in advance, including on whether pledges will be honoured, he said he felt “confident they will be in there.”

A principle behind the agreement is that there would be “no surprises” between the political allies, which could include reneging on a promise.

“I would expect that if there was going to be a surprise, there would have been a heads-up,” Blaikie said.

The NDP is also watching for “signals” in the budget that policies in the deal will move ahead swiftly.

These include more funding to improve home energy efficiency to cut Canadians’ bills and help the environment.

Another pledge is extending the rapid housing initiative to create new affordable homes, including rentals.

The NDP will also be expecting government backing for the creation of a “clean jobs” training centre.

In an interview with The Canadian Press, Blaikie said that “while some of the normal doubts continue to be there,” the party is “confident going into this budget that some of our priorities will be seriously reflected in the budget.”

One priority is moving quickly to implement 10 days of paid sick leave for all federally regulated workers, including people working on cross-Canada trains and planes.

The Tories have warned the pledges in the NDP-Liberal agreement could lead to a big increase in spending.

In 2020, the parliamentary budget officer estimated the NDP dental-care plan would cost about $1.7 billion per year.

NDP health critic Don Davies said after receiving a briefing that he is optimistic the government will keep its commitments on dental care and pharmacare in the budget.

Budget will set aside $15B over five years to attract private investment: source

The Liberals will need to include funding for dental care in the budget in order to implement it for children under 12 with low or middle family incomes by the end of the year — a key promise laid out in the confidence and supply agreement.

“Things look on track to me,” Davies said in an interview on Wednesday.

Since the Liberal plan would be phased in, Davies said he hoped to see the appropriate amount of funds allocated over several years.

“I would be looking for a commitment that would be consistent with what the parliamentary budget officer estimated we would need,” he said.

Davies also hopes to see some money set aside in the budget for the establishment of the Canadian Drug Agency as the government moves toward pharmacare.

Under the terms of the confidence and supply deal, the NDP will have to vote for the Liberal budget even if they do not agree with all of it, and if it includes millions in military spending.

On Wednesday, Kerry-Lynne Findlay, Conservative defence critic, and Pierre Paul-Hus, public services and procurement critic, issued a joint statement saying the decision of the NDP to vote against a Conservative motion calling for a boost in defence spending to meet NATO commitments is “sad and troubling.”

“Today’s vote is proof that this NDP-Liberal government cannot be relied upon to make the necessary investments in our national defence to provide the women and men of the Canadian Armed Forces with the equipment they need,” the statement said.

Denial of responsibility! Web Times is an automatic aggregator of the all world’s media. In each content, the hyperlink to the primary source is specified. All trademarks belong to their rightful owners, all materials to their authors. If you are the owner of the content and do not want us to publish your materials, please contact us by email – webtimes.uk. The content will be deleted within 24 hours.
budget 2022budget day 2022CanadaCanadian EconomyChrystia FreelandEconomyFederal Budgetfederal budget day
0
Share FacebookTwitterGoogle+ReddItWhatsAppPinterestEmail

Magog Makes His CW Debut in the EARTH-PRIME Finale on June 21!