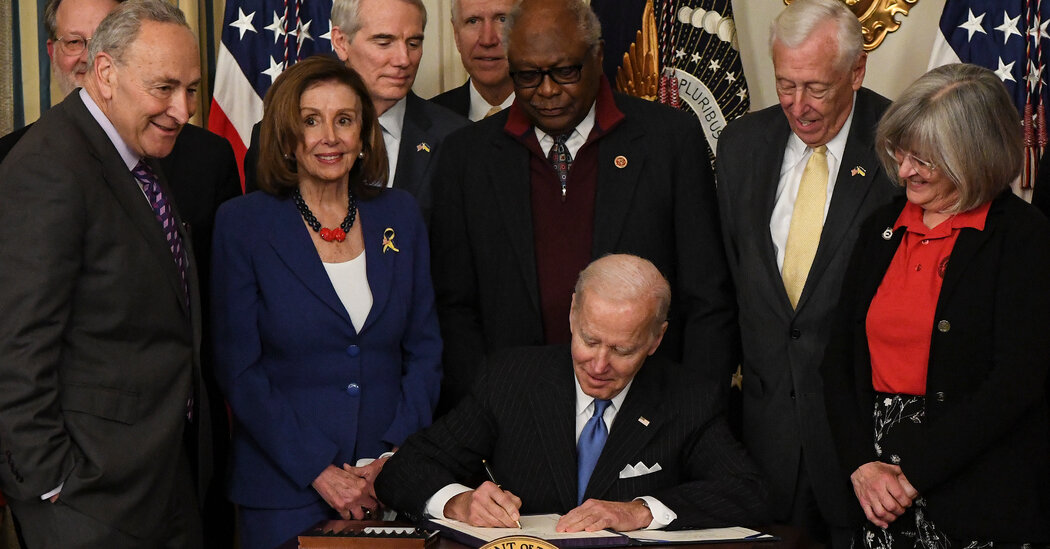 Speaker Nancy Pelosi of California tested positive for the coronavirus, her office said on Thursday, the latest high-profile official to do so as the virus spreads through Washington.

Drew Hammill, a spokesman for Ms. Pelosi, said she was asymptomatic, and had previously been vaccinated and boosted. He added that Ms. Pelosi, 82, had tested negative earlier this week.

Lawmakers and their staffs on Capitol Hill were informed on March 30 that they were now allowed to receive a second booster dose, after federal health officials cleared them for many people the day before. Ms. Pelosi received her second booster last month, according to her office, and it takes about a week for the immune system to ramp up. It is difficult to know exactly how someone was exposed to and infected with the virus.

“The speaker is fully vaccinated and boosted, and is thankful for the robust protection the vaccine has provided,” Mr. Hammill said, adding that she would isolate consistent with guidance from the Centers for Disease Control and Prevention.

The speaker “encourages everyone to get vaccinated, boosted and test regularly,” he said.

Ms. Pelosi, who is second in the line of succession to the presidency after Vice President Kamala Harris, was among the lawmakers who appeared maskless with President Biden at a bill-signing ceremony at the White House on Wednesday.

The positive test came just before her weekly news conference, which was subsequently canceled. Mr. Hammill said that a planned congressional delegation to Asia, which Ms. Pelosi had been scheduled to lead, would be postponed.

A string of positive coronavirus tests in Washington has been reported among top officials who attended the Gridiron Club dinner, an annual black-tie roast between journalists and presidential administrations held over the weekend. Two Biden administration officials, Commerce Secretary Gina Raimondo and Attorney General Merrick B. Garland, said Wednesday that they had tested positive for the virus.

On Thursday, the White House said that Mr. Biden tested negative Wednesday evening, and was not considered a close contact, despite interactions in recent days and Ms. Pelosi’s presence at White House events.

Journalists and administration officials who attended other recent parties and events have also reported that they had contracted the virus.

As of Wednesday, an average of 144 new virus cases per day were reported in Washington, D.C., a 135 percent increase over the last two weeks, according to a New York Times database.

A Tribute to the Justice League