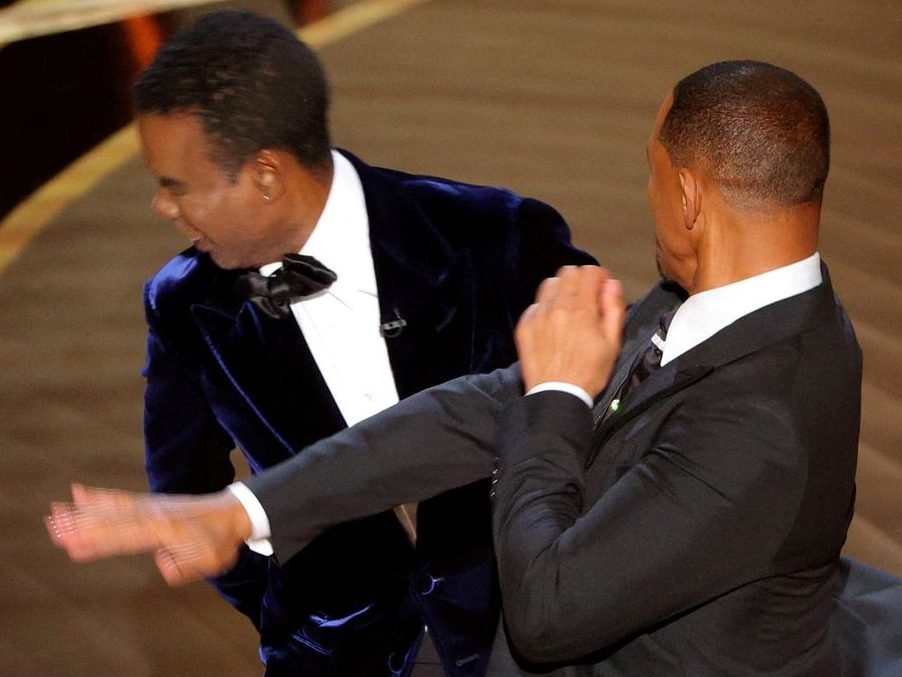 Reviews and recommendations are unbiased and products are independently selected. Postmedia may earn an affiliate commission from purchases made through links on this page.

An MSNBC host and her guests said white people don’t get “how black relate to each other” and “do not understand” Will Smith slapping Chris Rock at the Academy Awards.

Tiffany Cross, who anchors The Cross Connection, interviewed actress Yvette Nicole Brown and TheGrio columnist Michael Harriot on Sunday where they dove into the much-publicized topic.

“There are certain things we will discuss with each other that we don’t discuss publicly, and what happened at the Awards was some of our private stuff coming out in public,” Brown said of the black community.

While Twitter blew up after the slap, the black community had their own opinion, said the Community actress: “‘Y’all, sit this out for your protection because when we need to have a conversation we’re gonna have it.’”

She suggested that those who aren’t black shouldn’t put their noses into it.

But what happens when that “conversation” is in a room full of celebrities and that room is being globally televised to millions? Does that mean the rest of the world can’t have an opinion?

Harriot chalked it up to be the heat of the moment.

“I think it was uncalled for, and I understand what he did,” Harriot added. “So both of those things can be true.”

Brown did add that “violence is not the answer” and all three condemned Smith’s actions.

Cross then interjected, saying she would “try to put this in context for our white fellow countrymen as best I can.”

She explained: “In really, truly black America, there’s a commonality amongst us all. If we went to a white person’s home and it was their family dinner, we were sitting at the table, and the mother hauled off and slapped the father and everybody at the table has an opinion.

“If I weigh in as the guest in this home and say, ‘Yeah, you guys are terrible,’ everybody’s like, ‘I’m sorry. When did you get an opinion? This is our family table.’

“That’s what this moment felt like for many of us,” she said. “There’s a nuance to what happened.”

Smith resigned from the Academy of Motion Picture Arts and Sciences on Friday, saying in a statement he would “fully accept any and all consequences for my conduct” imposed by the Board of Governors.

Rock reportedly refused to press charges against Smith when the LAPD showed up at the ceremony after the assault.