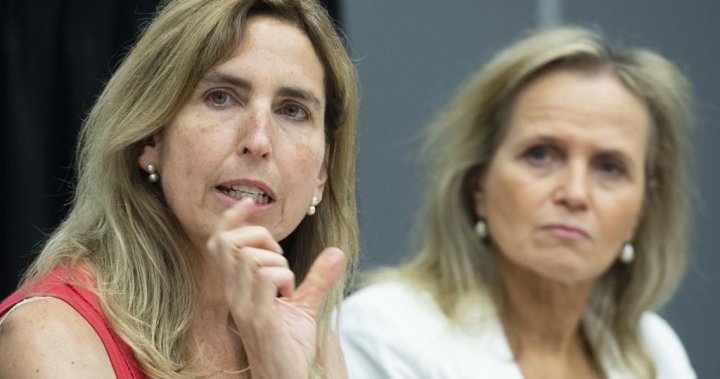 A panel of scientists and activists at the AIDS 2022 conference in Montreal are urging worldwide governments to ramp up resources to handle the monkeypox outbreaks.

The plea comes as international experts gathered earlier today to discuss the necessity to avoid reproducing mistakes made during the early HIV response.

Dr. Meg Doherty, director of the World Health Organization’s global HIV, hepatitis and STIs programs, told reporters an equitable approach is crucial to ensure the tools are available not only to wealthier countries, but also in Africa where monkeypox is traditionally found.

Over 19,000 cases of monkeypox have been reported over the last few months from 78 countries, mostly among men who have sex with other men, with 803 cases in Canada as of July 29.

Keletso Makofane, a public health researcher at Harvard University, called the monkeypox global response “worse than the initial HIV response,” saying there was already enough information about the virus to contain it.

Meanwhile, Marina Klein, research director of the medicine at the division of infectious diseases and chronic viral illnesses service at Montreal’s McGill University, said more studies are needed to understand the extent of the disease transmission.

Denial of responsibility! Secular Times is an automatic aggregator of the all world’s media. In each content, the hyperlink to the primary source is specified. All trademarks belong to their rightful owners, all materials to their authors. If you are the owner of the content and do not want us to publish your materials, please contact us by email – seculartimes.com. The content will be deleted within 24 hours.
aidsAIDS conferenceaids hivCanadaHealthmonkeypoxmonkeypox Canadamonkeypox cases
0
Share FacebookTwitterGoogle+ReddItWhatsAppPinterestEmail

Nichelle Nichols, Lt. Uhura on ‘Star Trek,’ has died at 89

Cheers! These are America's 10 most popular beers