Mitch McConnell On Why He Would Back Trump In 2024: Party Comes First 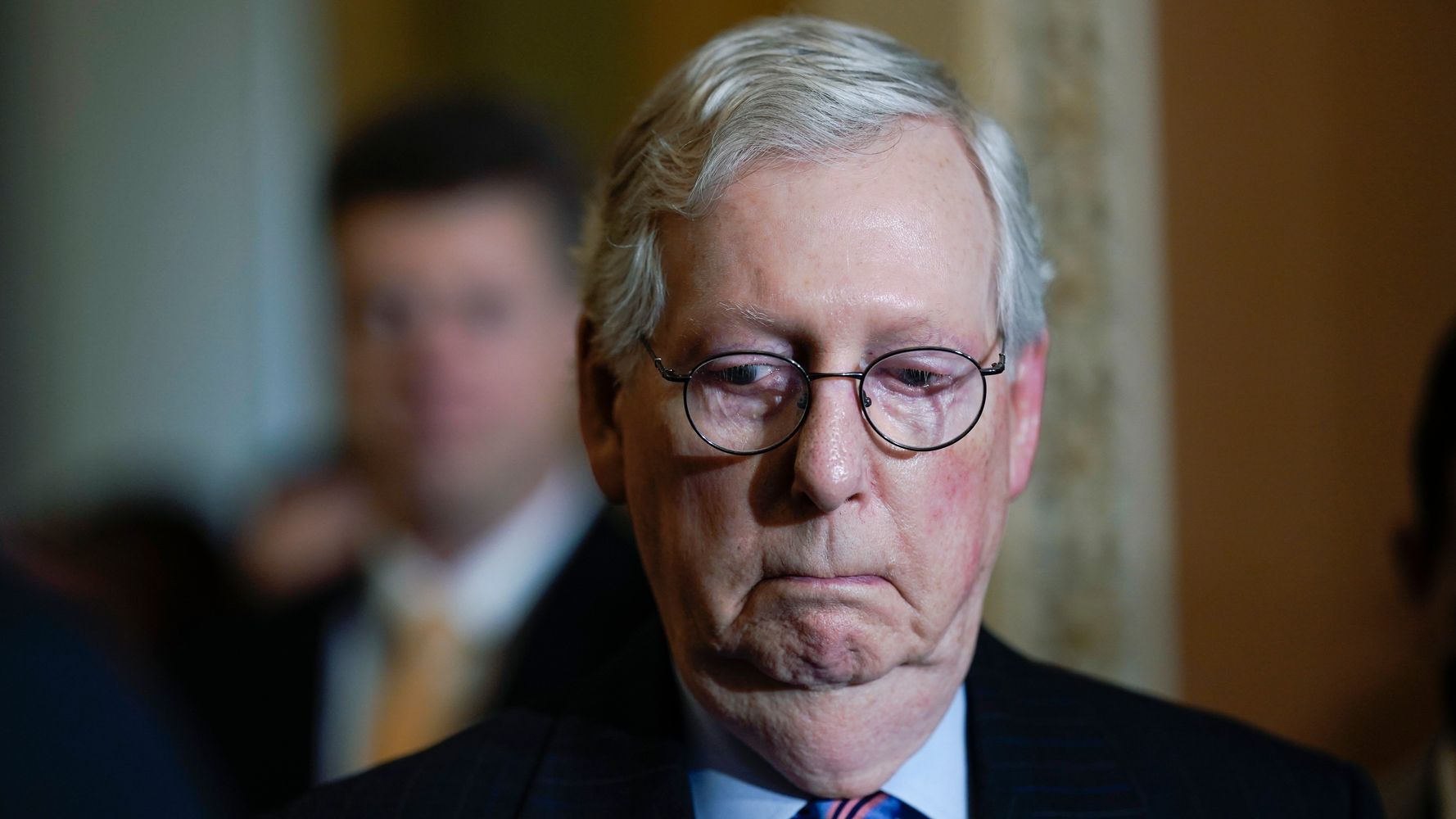 Senate Minority Leader Mitch McConnell may have said Donald Trump was “practically and morally responsible” for the Jan. 6 insurrection, but he admits there is nothing the former president could do that would cause him not to support Trump if he’s nominated in 2024.

In a new interview, the Kentucky Republican told Axios.com reporter Jonathan Swan that his obligation “to support the nominee of my party” extends to Trump despite the vast evidence suggesting the former president conspired to overthrow the 2020 election.

McConnell has made similar comments about supporting a Trump bid in 2024, but his most current comments came after Swan asked McConnell about his “moral red lines.”

“Help me understand this,” Swan said. “I watched your speech last year in February on the Senate floor after the second impeachment vote for Donald Trump.”

Swan was surprised that McConnell could support a man he called “morally responsible” for an attack on the U.S. Capitol.

“After you said that about him, I think it’s astonishing!” Swan said.

“I think I have an obligation to support the nominee of my party,” McConnell explained.

Swan wondered if there is anything a Republican nominee could do that would lose McConnell’s support.

The senator couldn’t think of anything.

“Well, that will mean that whoever the nominee is has gone out and earned the nomination,” McConnell argued.

Swan then pointed out that McConnell was seemingly holding “two concurrent conflicting positions,” but McConnell insisted he wasn’t “inconsistent” at all.

“I stand by everything I said … because I don’t get to pick the Republican nominee for president. They’re elected by the Republican voters all over the country,” McConnell said.

After Swan noted that Rep. Liz Cheney (R-Wyo.) said she believes “there are some things more important than party loyalty,” McConnell said, “Well, maybe you ought to be talking to Liz Cheney.”

Swan then insisted his question wasn’t meant to be a “gotcha.”

“I’m actually trying to understand. Is there any threshold for you?” Swan asked.

“You know, I say many things I’m sure people don’t understand,” McConnell responded.

You can see the whole interview below:

Denial of responsibility! Web Times is an automatic aggregator of the all world’s media. In each content, the hyperlink to the primary source is specified. All trademarks belong to their rightful owners, all materials to their authors. If you are the owner of the content and do not want us to publish your materials, please contact us by email – webtimes.uk. The content will be deleted within 24 hours.
axiosDonald Trumpjan 6Mitch McConnellRepublican Party
0
Share FacebookTwitterGoogle+ReddItWhatsAppPinterestEmail

This robot made of slime is astounding, despite looking like a ‘magnetic turd’ – National