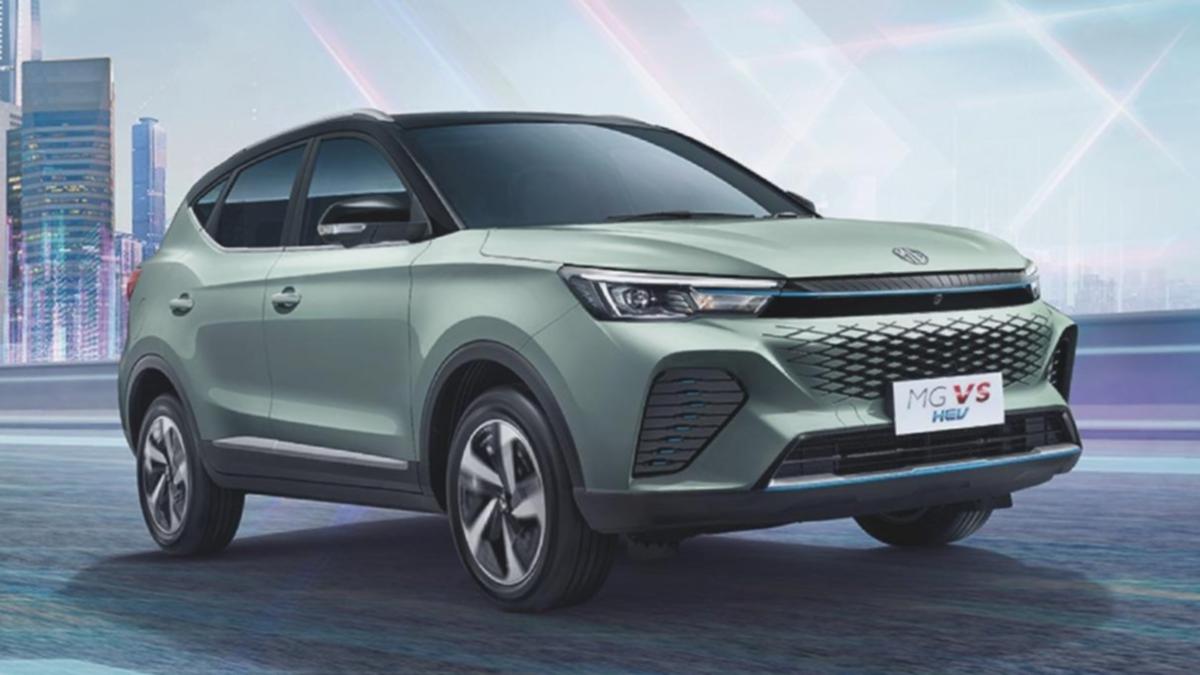 A hybrid version of Australia’s best-selling small SUV has been revealed, though it’s unclear whether it’ll come here to satiate strong hybrid demand at this stage.

The 2022 MG VS is based on the ZS family of SUVs, which in Australia includes the petrol-powered ZS and ZST and the electric ZS EV.

We’ve contacted MG Australia to confirm if there are any plans to bring the VS here and await a reply.

For more Motoring related news and videos check out Motoring >>

The small crossover is powered by a 1.5-litre four-cylinder engine with 80kW of power and 142Nm of torque, mated with a 70kW electric motor, a 2.13kWh lithium-ion battery, and an electronic continuously variable transmission.

It also features a KERS mode to help recharge the battery while the vehicle is slowing down. There are three selectable levels.

MG has visually differentiated the VS from the related ZS with a more angular front end design featuring a ‘Electrified Matrix’ grille design, which has a distinctive diamond pattern.

There are large front cut-outs that feature blue trim elements forming an arrow.

Inside, the VS’ interior closely resembles that of the Lomemo from sister brand Roewe with dual 12.3-inch screens in the same housing, with the centre touchscreen featuring Android Auto and Apple CarPlay.

The centre console rises up to meet the dash, creating a large storage shelf underneath à la the larger H6 from rival brand Haval.

As on the exterior, blue trim elements can be found inside the cabin.

The VS appears to do without the MG Pilot suite of active safety and driver assist features found on Australian-market ZST and ZS EV models.

Were it to come here, the VS would serve as a competitor for the upcoming GWM Haval Jolion Hybrid, set to arrive here in the fourth quarter of this year.

The Jolion Hybrid has a total system output of 140kW and 375Nm, with Thai fuel economy figures putting its combined rating at 4.2L/100km.

Hybrid leader Toyota has the bulk of the hybrid options at this end of the market – Yaris Cross, C-HR, upcoming Corolla Cross – but other recent introductions include the Kia Niro and Honda HR-V.

There are plenty more hybrid small SUVs, however, that aren’t sold here. These include the Renault Captur, Hyundai Kona and Suzuki Vitara.

MG has yet to offer a conventional hybrid model here, however it sells the electric ZS EV and the plug-in hybrid HS +EV.

The ZS EV will receive a heavy update this year, while next year MG will introduce another electric model in the MG 4 EV.

MG also plans to introduce the petrol-powered MG 5 small sedan next year, which CarExpert understands will be the brand’s first model in Australia to be sourced from Thailand.

Denial of responsibility! Secular Times is an automatic aggregator of the all world’s media. In each content, the hyperlink to the primary source is specified. All trademarks belong to their rightful owners, all materials to their authors. If you are the owner of the content and do not want us to publish your materials, please contact us by email – seculartimes.com. The content will be deleted within 24 hours.
LifestyleMotoring
0
Share FacebookTwitterGoogle+ReddItWhatsAppPinterestEmail

Zelensky addresses the explosions in Crimea as photos suggest a major loss for Russia.