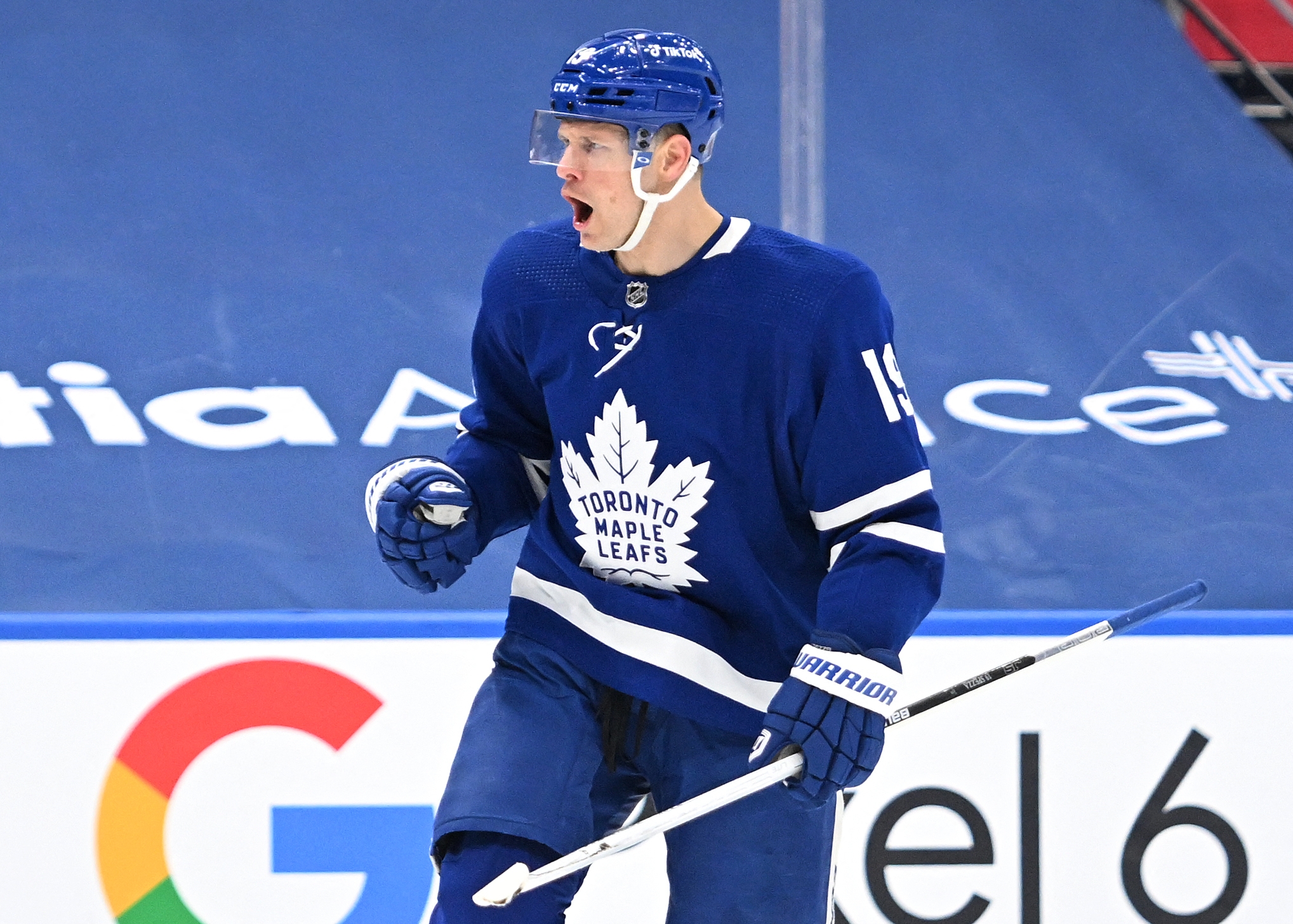 DALLAS — After Tuesday’s game against the Panthers, Jason Spezza spoke warmly of his five years in Dallas and looking forward to a return to see many friends.

But he omitted any reference to actually playing, perhaps already informed by coach Sheldon Keefe that his possible final game at American Airlines Center was not in the cards. Spezza, 38, and Kyle Clifford were both scratches among forwards Thursday as Keefe re-vamped the fourth line. Rookie Nick Abruzzese and Wayne Simmonds came in to flank Colin Blackwell.

“We’re at the point now where we have to make decisions,” Keefe said of the impending playoffs. “We have 12 games left and I don’t worry about those kinds of (sentimental) things with a veteran like Spez. He’s played here before.

“Taking him out was as simple as we wanted to keep Abruzzese going. Nick showed progression in a tough game against Tampa (before sitting in Florida). Someone has to come out.”

This was not the same as the snub of Spezza in his debut with the hometown Leafs in 2019. Then-coach Mike Babcock infamously scratched Spezza after he had secured tickets for many family and friends. Babcock’s move was seen as petty, a rebuke to general manager Kyle Dubas, who had signed Spezza.

Keefe has indicated a further rotation of fourth liners, in part because the Leafs’ final 10 games are squeezed into 18 days.

On defence, Timothy Liljegren came out Thursday, to set up the first game featuring the team’s two most physical defencemen, Jake Muzzin and Ilya Lyubushkin. Muzzin was projected to play with TJ Brodie after coming back Wednesday from 21 games with a concussion with old partner Justin Holl.

“Last game, we opted for familiarity (Muzzin and Holl, Morgan Rielly and Brodie). As we’ve said, we want to try different things, we don’t have a lot of time left. Muzzin is coming back into a lineup that now has Mark Giordano and Lyubushkin in it.”

There’s a connection between Dallas coach Rick Bowness and another Leafs scoring ace, Gord Drillon, the most recent Toronto player to lead the NHL in points in 1937-38.

Bowness’s father, Bob, played with Drillon in New Brunwick before his NHL days. Young Rick would listen to Drillon’s stories when he visited their home and was bequeathed Drillon’s 1938 NHL all-star team gold ring, which he sometimes sports for good luck, although it stayed in its display case Thursday. Drillon had 52 points in a 48-game schedule.

Bowness got some press room laughs when a Dallas scribe listed some of the many teams he has coached, such as Arizona, Tampa Bay, Boston, Ottawa and the Islanders.

“Don’t forget Vancouver and Winnipeg. I’m running out of teams to coach, so I get your message. I hope (the NHL) keeps expanding so I can get more teams.”

Dallas goalie Jake Oettiger is one of the few NHLers who played with Matthews before his star ascended, brief teammates on the U.S, National Development Program team in 2014-15. “One day (fellow goalie and Leafs pick) Joseph Woll and I stayed out late at practice and Auston was shooting at us. He was putting them past our ear and in from dead angles, from everywhere” … Oettiger was not picked by Bowness to start Thursday, a surprise move, with No. 2 Scott Wedgewood in net … Muzzin said there is a competitive Masters golf pool among thr players. He chose Patrick Cantlay, but says Spezza went with Tiger Woods, one veteran backing another.

Spirit Airlines will weigh JetBlue’s takeover offer against its planned merger with Frontier.

US will now offer gender-neutral X option on passports