JetBlue's bid for Spirit centers on adding planes to fleet 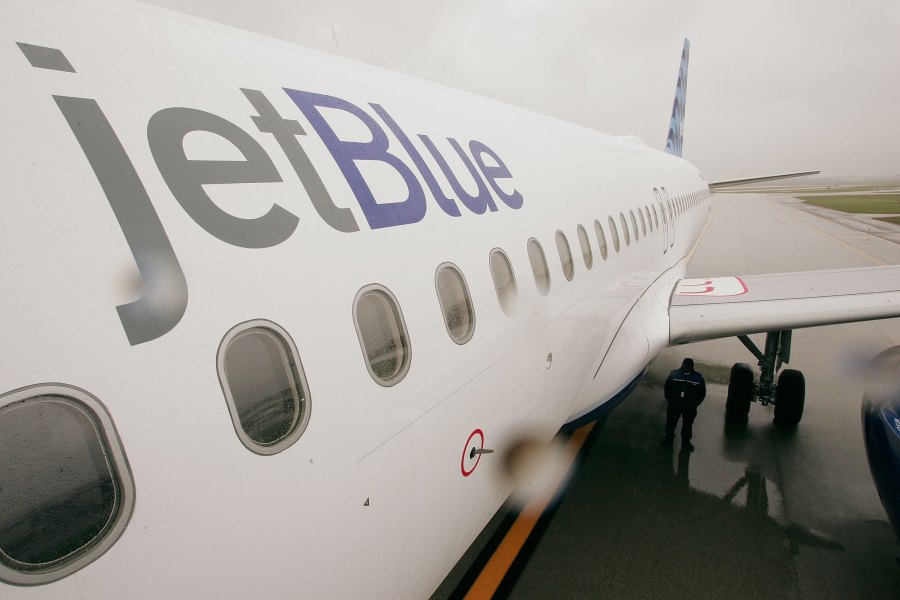 NEW YORK CITY (AP) — JetBlue Airways executives explained to Wall Street on Wednesday why they’re offering to pay $3.6 billion for Spirit Airlines, a proposed combination that has received a chilly reception from investors.

New York-based JetBlue needs more planes to compete more evenly with the four biggest U.S. airlines — American, Delta, United and Southwest. But airplane manufacturers Airbus and rival Boeing have long backlogs that make it hard to grow as quickly as JetBlue would like.

“When I think about what are the key benefits of this transaction … first of all, between Spirit and JetBlue, we have a really compelling order book,” JetBlue CEO Robin Hayes said on a call with analysts. “The supply of new airplanes over the next several years is very challenging.”

Buying Spirit “is speeding up what it would take us years to do” alone, Hayes said.

JetBlue has more than 280 planes. Spirit had 173 at the start of 2022, and has orders to receive another 120 from Airbus through 2027, according to regulatory filings.

JetBlue said late Tuesday that it will seek to upend a $2.9 billion offer by Frontier Airlines that was supported by Spirit’s CEO when that deal was announced in February. There could be a bidding war — Frontier declined to say Wednesday whether it will sweeten its offer now that JetBlue has jumped in.

Spirit said its board is considering the unsolicited JetBlue bid.

So far, investors are underwhelmed by the JetBlue move. They sent JetBlue shares down nearly 9% Wednesday and more than 15% since news of the offer broke.

JPMorgan analyst Jamie Baker said the merits of a JetBlue-Spirit merger are not as clear as other possible U.S. airline combinations, although it would let JetBlue expand faster than it could otherwise do in growth markets including South Florida and Los Angeles.

Raymond James analyst Savanthi Syth downgraded her rating on JetBlue shares to “market perform.” She said “airline mergers are never easy,” combining workforces will be hard, JetBlue will add debt, and the whole exercise could distract from JetBlue’s budding partnership with American Airlines in the Northeast.

The Justice Department sued to block that deal with American — a trial is scheduled this fall — and antitrust regulators could object to overlap between JetBlue and Spirit on the East Coast, especially Florida.

Hayes said JetBlue is confident that regulators would let his airline buy Spirit, but acknowledged “it will be a pretty lengthy regulatory process.”