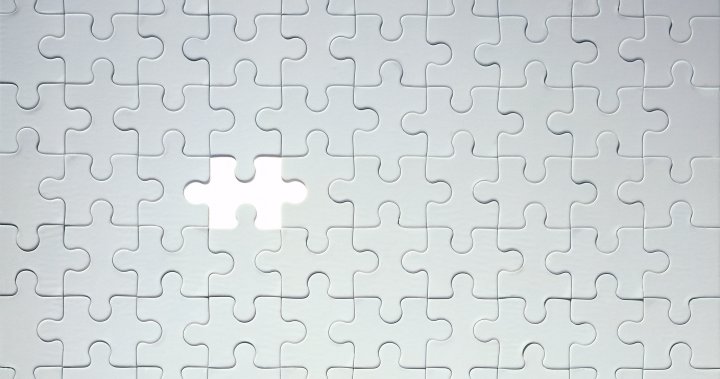 Canadians thumbing through this year’s budget in the hopes of finding details about pharmacare, combatting inflation or a plan to address “reno-victions” might be disappointed.

That’s because those topics have been largely left by the wayside in Budget 2022.

While some of these omissions aren’t unexpected, based on recent public comments from government officials, others fell far short of what Canadians might have hoped to see.

“This is a modest budget,” said Sahir Khan, executive vice president at the University of Ottawa’s Institute for Fiscal Studies and Democracy.

Here’s what you need to know about what’s missing from this year’s federal budget.

While pharmacare’s omission from Budget 2022 is no surprise to those who have been following the issue closely, Canadians who have heard discussions about the program in recent years — and especially in the last month, with the Liberal-NDP deal — might be surprised by its absence.

Speaking to Global News in an interview earlier this week, NDP Leader Jagmeet Singh said his party gave the Liberals until next year to table pharmacare legislation.

“The deadline is for next year, to table the…Canada Pharmacare Act, one of the key steps forward in terms of a framework to implement a national universal pharmacare program,” he said.

“So that, we’re expecting to be in next year’s legislative agenda.”

Budget 2022: 4 things that will affect your pocketbook

There are a number of pieces in the pharmacare puzzle — and the government still has a lot of work to do before it can understand how much each piece could cost, a senior official said.

“We did not have and do not have the parameters we would need to have to come up with any realistic numbers,” they said.

There are other moving parts involved in the pharmacare project, such as the development of a formulary and a consideration of how it would treat people with different levels of income.

Without answers to these questions, it’s difficult to put a number in the budget, officials explained.

The budget document indicated the government will “continue” their “ongoing work towards a universal national pharmacare program,” with an eye to tabling legislation by the end of 2023.

One of the most headline-grabbing items in the budget is the government’s decision to create a new, tax-free savings account for those saving to buy their first home.

But for renters — or for those facing what’s known as a “reno-viction,” which means they’re evicted so their landlord can renovate the apartment — there’s no clear lifeline.

The budget earmarks some money for renters hoping to own a home: it dedicates $100 million to non-profits, co-ops, developers, and rent-to-own companies that are building new rent-to-own units.

But when it comes to reining in large investors who are buying up housing stock so they can profit off the rent, the government held off on announcing any concrete change.

Instead, the budget announced a federal review of housing as “an asset class.” The government says it hopes this review will help it to understand the role of corporate players in the market — and the impact that has on Canadian renters and homeowners.

“This will include the examination of a number of options and tools, including potential changes to the tax treatment of large corporate players that invest in residential real estate,” the budget read.

“Further details on the review will be released later this year, with potential early actions to be announced before the end of the year.”

Inflation climbed to 5.7 per cent in February — the price index’s highest point since August 1991.

Economists have pointed to the war in Ukraine as a contributing factor, as well as gasoline prices that were up 32.3 per cent compared with February 2021 and 6.9 per cent from a month earlier.

Canadians have been feeling the pinch as inflation hits their cost of living — grocery store prices were up 7.4 per cent in February for the largest yearly increase since May 2009.

Despite opposition decrying the inflation — with one Conservative MP even dubbing it “Justinflation,” a play on Trudeau’s first name — the government didn’t take any major steps to try to get inflation under control.

Dental care program for kids under 12 will roll out by end of year: Budget 2022

This isn’t unexpected, though, according to Khan — because he said there isn’t a whole lot the government can actually do about inflation right now.

The “geopolitical factors” that are driving inflation, like the war in Ukraine, are “largely out of the control of the government,” Khan explained.

All the government can really do, he said, is “hope” that these factors “become temporary.”

“If COVID supply chain hangovers end, (and the) war in Ukraine finds, hopefully, a peaceful end, then you can get some sense of normal,” Khan said.

“But I think that timetable is really up in the air.”

While the government could have made some “largely symbolic measures” to signal that they care about inflation, Khan said such moves are “not particularly helpful.”

Instead, the economist explained that the government has “avoided the cheap tricks” and has focused on “not putting fuel on the fire” by resisting big-ticket new social spending.

The government promised billions in new defence spending in Budget 2022, in addition to billions in already-scheduled increases — but these commitments fall far short of what some observers expected the budget to include.

In recent weeks, both Trudeau and Defence Minister Anita Anand have strongly suggested the government was weighing an increase to defence spending, moving it closer to the NATO target of spending at least two per cent of GDP on defence.

At the time, Anand had told CBC that she had plans to present “aggressive options” to the federal cabinet that could see defence spending hit or exceed that two-per-cent target.

2:08
Canada’s defence spending expected to be priority in 2022 budget

Canada’s defence spending expected to be priority in 2022 budget

But when Budget 2022 came around, it only announced an $8 billion boost to Canada’s military budget — a figure that falls far short of the $16 billion the government would need to spend to meet its NATO target.

“The extra money’s good, it’ll be put to good use, but it’s pretty modest and it’s falling well short of what the government alluded to might be on the table,” said David Perry, vice-president of the Canadian Global Affairs Institute.

“They’ve been talking about potentially meeting or exceeding the two-per-cent of GDP target that we have with our NATO allies. This is going to fall well short of that.”

Canada might get to 1.5 per cent of GDP by the end of the forecast period in Budget 2022, Perry said, citing government of Canada officials.

“That’s much lower than, I think, the government had led people to believe that they are potentially considering,” he said.

Denial of responsibility! Web Times is an automatic aggregator of the all world’s media. In each content, the hyperlink to the primary source is specified. All trademarks belong to their rightful owners, all materials to their authors. If you are the owner of the content and do not want us to publish your materials, please contact us by email – webtimes.uk. The content will be deleted within 24 hours.
budget 2022CanadaCanada BudgetCanada budget 2022Defence SpendingEconomyFederal Budgetfederal budget 2022 canada
0
Share FacebookTwitterGoogle+ReddItWhatsAppPinterestEmail

Shanghai to lock down in two stages as COVID cases spike