In Israel, It’s the Only Golf Game in Town, and the Country 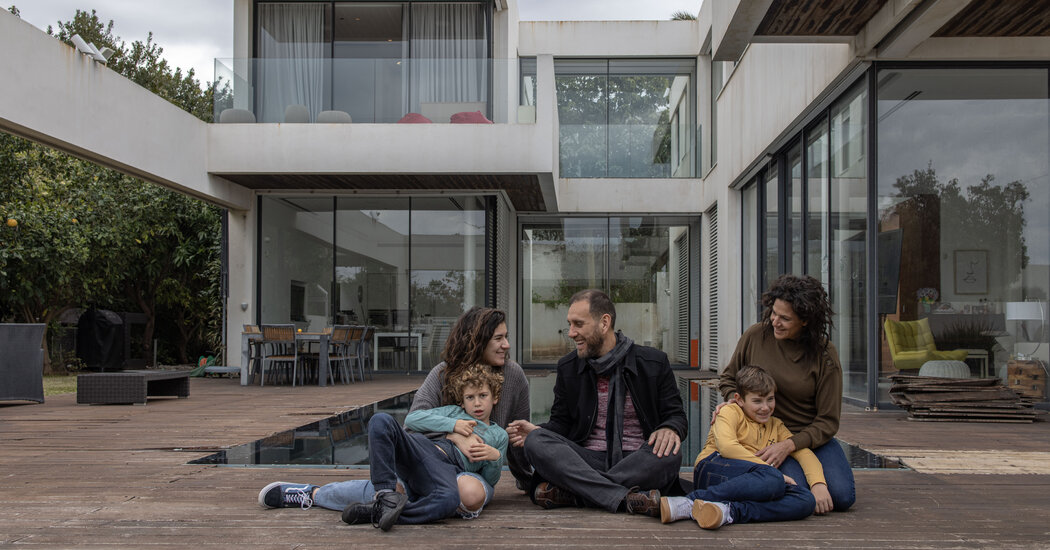 In the coastal Israeli city of Caesarea, demand for homes with a view of the Caesarea Golf Club, the only golf course in the country, has skyrocketed. Demand to play on the course itself, not so much.

“I can’t remember a client coming and asking for a home on the golf course because he plays golf,” said Meir Menahem, a real estate agent with Neot Shiran, which specializes in luxury properties. “For most of them, it’s because it’s an open view, it’s green, and because it puts them in the best place.”

Housing prices in Israel rose more than 10.6 percent in 2021, according to Israel’s Central Bureau of Statistics, but in Caesarea, a city of 5,500 roughly halfway between Tel Aviv and Haifa, agents say that an influx of buyers eager to trade their cramped city apartments for homes with pools and gardens has driven local prices up by more than 30 percent.

For decades, the city — which sits on Herodian ruins and is blessed with a coastline, manicured green spaces and a national park — has been considered a hub of holiday homes for wealthy Israelis.

About 35 miles from Tel Aviv, it was seen by many commuters as too far for a bedroom community. Its real estate, much of it in the form of aging villas with swimming pools, often sat empty for months at a time before Covid-19 upended the real estate market.

Now, homes with views of Caesarea’s golf course are among the most rapidly appreciating in the nation, even for buyers who rarely pick up a club.

“I do golf — but only when I’m on vacation,” said Tomer Yariv, who purchased a home with views of the golf course and the sea for 11.5 million Israeli shekels (about $3.5 million) in November with his wife, Yamit. The couple, who both grew up in Haifa and spent two decades in the United States, returned to Israel in 2017 with their three children, now 14, 10 and 5.

“All of Caesarea is beautiful, but around the golf course, it’s a little more impressive,” he said. “After 20 years in America, Caesarea was the place that fit us the best. It reminded me of America — the size of the bedrooms, the pool in the backyard. It’s clean and organized.”

That may be because Caesarea is run by a private company rather than a municipality. Much of the land that is now Caesarea was purchased by Baron Edmond James de Rothschild in the late 1800s, and today, the Caesarea Development Corporation, a subsidiary of the Edmond de Rothschild Foundation, operates the city on the family’s behalf. (Citizens of Caesarea vote every four years for members of an elected committee that represents their interests.)

The golf course was built in 1961, and wasn’t always considered a real estate asset. Caesarea is divided into 13 neighborhoods, or clusters, with three of them — clusters 13, 11 and 9 — offering a handful of homes with unobstructed views of the greens. Sales in the golf neighborhoods were sluggish said Miki Kleiger, chairman of the corporation, until 2009 — the year that the Rothschild family invested 60 million shekels (about $18 million) in a renovation of the golf club, enlisting the American golf course architect Pete Dye to redesign the course.

“After that, it really became a big attraction, and Cluster 13 became the most desirable,” said Mr. Kleiger. “There’s no doubt that the first line to the golf got a lot of help from the fact that the grass was expanded and there’s now 1,000 additional dunams [247 acres] of green landscape.”

Prices in Caesarea for golf-front property currently begin at about 10 million shekels ($3 million) per quarter-acre of land. In 2021, there were just over 100 homes sold in the city, not counting new construction, and one quarter of those sales went for above 15 million shekels ($4.5 million), while the rest were between 5 million and 10 million shekels, according to the corporation.

The architect Rina Doctor has designed more than 120 homes in Caesarea, including her own, a six-bedroom, modern, golf-front home with an infinity pool that she designed 12 years ago.

“We don’t play golf, but we love living here, because it’s like living in nature,” she said. “You have birds. You have jackals at night. It’s very unique to live on the golf course.” Ms. Doctor is now trying to sell her house. She plans to stay in Caesarea, but her new home will be in a different neighborhood.

“Unfortunately, we can’t afford a plot on the golf course anymore, because all the prices went up,” she said. She hopes to get 16 million shekels ($4.97 million) for the property.

As prices have increased, so have the number of native Israelis living in Caesarea: While Caesarea was once heavily favored by foreign-born Jews purchasing vacation homes, Mr. Yariv’s family is among dozens of new arrivals to the city who are shifting the demographic.

“A lot of local Israelis are now coming to Caesarea, unlike in the past, when it was a lot of Jewish foreigners, and it’s been an amazing change,” said Michael Karsenti, chief executive of the corporation. “Many of them are upper-middle-class or upper class, they’ve been successful in technology or real estate, and it’s been very interesting to see.”

Despite the sharp jump in prices, Rena Roberman, a real estate agent who lives in Caesarea and works only within the city limits, said she thinks buyers are still getting bargains.

“Caesarea, for a very long time, has actually been incredibly undervalued,” she said, comparing it to other affluent waterfront communities in Israel like Herzliya and Beit Yanai.

Her husband, Eran Roberman, is a contractor who also works only in Caesarea, and he estimates that in the past five years, nearly 40 percent of the homes in the city have been torn down or renovated.

“When I came to Caesarea 21 years ago, it was an amazing place, but it was a place of holiday homes that weren’t being lived in,” he said. “Now you have young people who are realizing they had a small apartment in Tel Aviv and they could sell that apartment and for what they got, they could get a whole house in Caesarea with a swimming pool.”

But while the story of city millennials fleeing to greener pastures has played out across the globe throughout the pandemic, Caesarea’s story is a bit different, Ms. Roberman said. That’s because Caesarea’s golf course is more than a stretch of manicured grass in the middle of a city.

In Israel, a nation whose population is growing at four times the average rate of other developed nations, according to the Organization for Economic Cooperation and Development, Caesarea is an oasis of green that doesn’t require moving to a kibbutz or cooperative farm. For homeowners looking for an option that’s more pastoral and still allows them to commute to Tel Aviv, the golf course can become a backdrop for any number of lifestyles.

“I call the houses that overlook the golf course like limited edition art pieces,” Ms. Roberman said. “If you buy a house that’s two streets back, it could be anywhere. But to a buy house that’s front row to the golf course in Israel, you can really only have one out of 65. That’s very special.”

Chernobyl Was a Wildlife Haven. Then Russian Troops Arrived