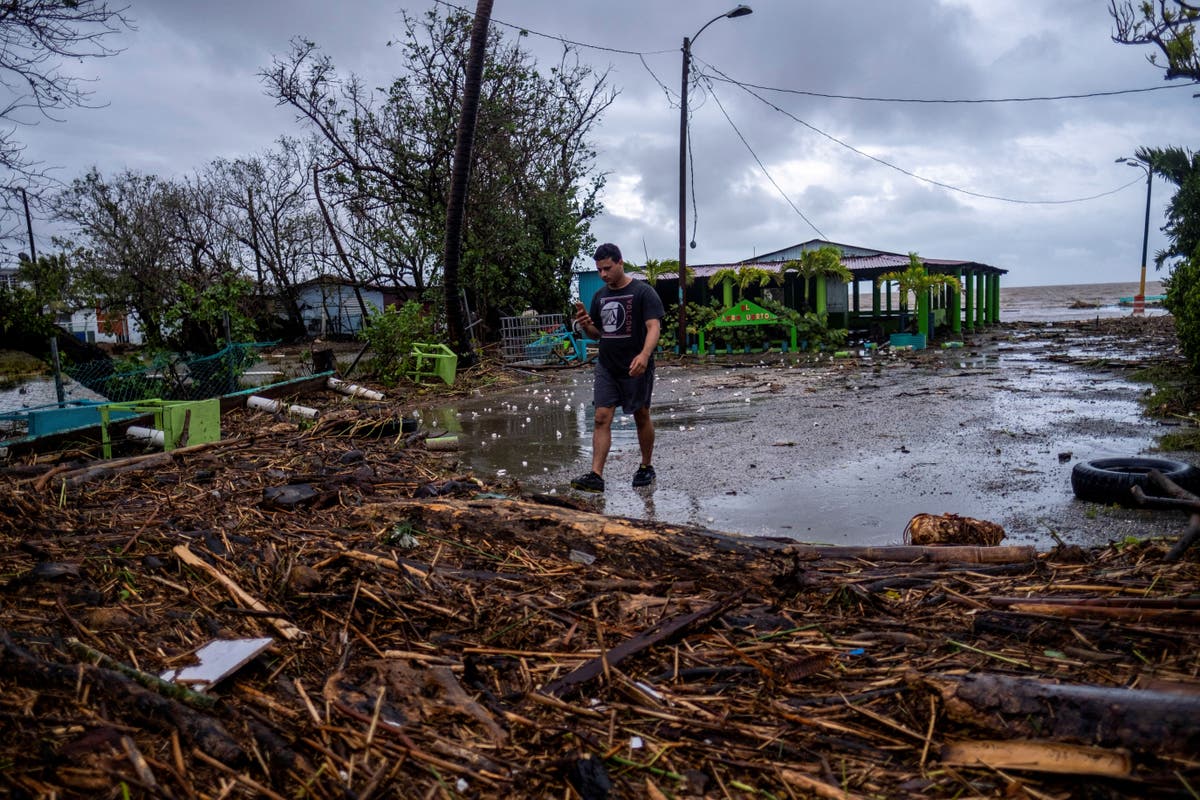 Hurricane Fiona is on a collision course with Atlantic Canada after devastating Puerto Rico and the Dominican Republic this week.

The storm is expected to make landfall late on Friday night and bring intense winds and rains through the early hours of Saturday.

The province of Nova Scotia is forecast to take a direct hit with warnings of severe flooding and power outages. Because of the size of the storm, dangerous weather is also forecast for parts of Newfoundland, Labrador, Quebec, Ontario, New Brunswick and Prince Edward Island.

The Canadian Hurricane Centre has warned that this could be a “historic storm”. One meteorologist with the agency told CNN that Hurricane Fiona could rival 2012’s Superstorm Sandy which devastated the US east coast.

Hurricane Fiona left hundreds of thousands of people without running water or electricity in Puerto Rico and the Dominican Republic.

The climate crisis is driving hotter global ocean and air temperatures which supercharge hurricanes with more intense winds and rain.

Halifax hunkers down for the storm

An unmanned, hurricane-chasing drone has captured footage of nearly 50 feet waves at the centre of Hurricane Fiona. “Saildrone 1078” recorded the enormous waves and wind speeds over 100 mph off Bermuda on Thursday in the midst of the first Category 4 hurricane of the 2022 Atlantic season. SD 1078 is one of seven “hurricane” saildrones operating in the Atlantic Ocean and Gulf of Mexico this hurricane season, gathering data to better understand the physical processes of hurricanes. The aim is to improve forecasting and reduce loss of life during the extreme weather events. “Hurricane Fiona intensified from a tropical storm to a Category 1 hurricane just before hitting Puerto Rico, causing significant damage and loss of life,” said Richard Jenkins, Saildrone founder and CEO, in a statement. “The data Saildrone vehicles are gathering will help the science community better understand rapid intensification, giving people living in our coastal communities more time to prepare.”

Tropical Depression Nine, which formed in the Caribbean this morning, is likely to become a tropical storm in the next couple of days – and a hurricane after that.

The storm is likely to bring heavy rain and winds to Cuba, Jamaica and Cayman Islands before heading up to the US.

Forecasts at this point are still far out and could change, but the National Hurricane Centre predicts that it could be a Category 3 storm by the time it reaches Florida’s Gulf Coast, which would be the first major hurricane of the year to hit the continental US.

Flooding could be ‘significant’

The latest update from the US National Hurricane Centre warns that some areas of Nova Scotia, Prince Edward Island and Newfoundland may see up to 10 inches (25 centimetres) of rain, which could create “significant” flooding.

The Canadian Hurricane Centre has warned that waves up to 40 feet (12 metres) could swell as Hurricane Fiona reaches land tonight.

The swells will create extremely dangerous conditions for boats, and potentially lead to erosion and flooding along the coasts.

Tropical Storm Hermine has formed off the coast of Mauritania and Senegal, the eighth named storm of the season.

The storm is expected to hit some islands in the next few days before weakening but otherwise does not pose a major threat to land.

Another tropical depression in the Caribbean will likely be named “Ian”

Nova Scotia Premier Tim Houston put out a video on Twitter asking residents to get ready for the storm, including monitoring weather forecasts, making sure they have enough food and securing down their homes.

A number of events and public services have been cancelled in Atlantic Canada as a result of the storm.

Global News reports that bus and ferry service has been shut down in Halifax and flights are being cancelled in much of the region.

Universities are closing through the weekend as is a Halifax shopping mall. The Halifax Oyster Festival, along with a number of youth league hockey games, have been postponed.