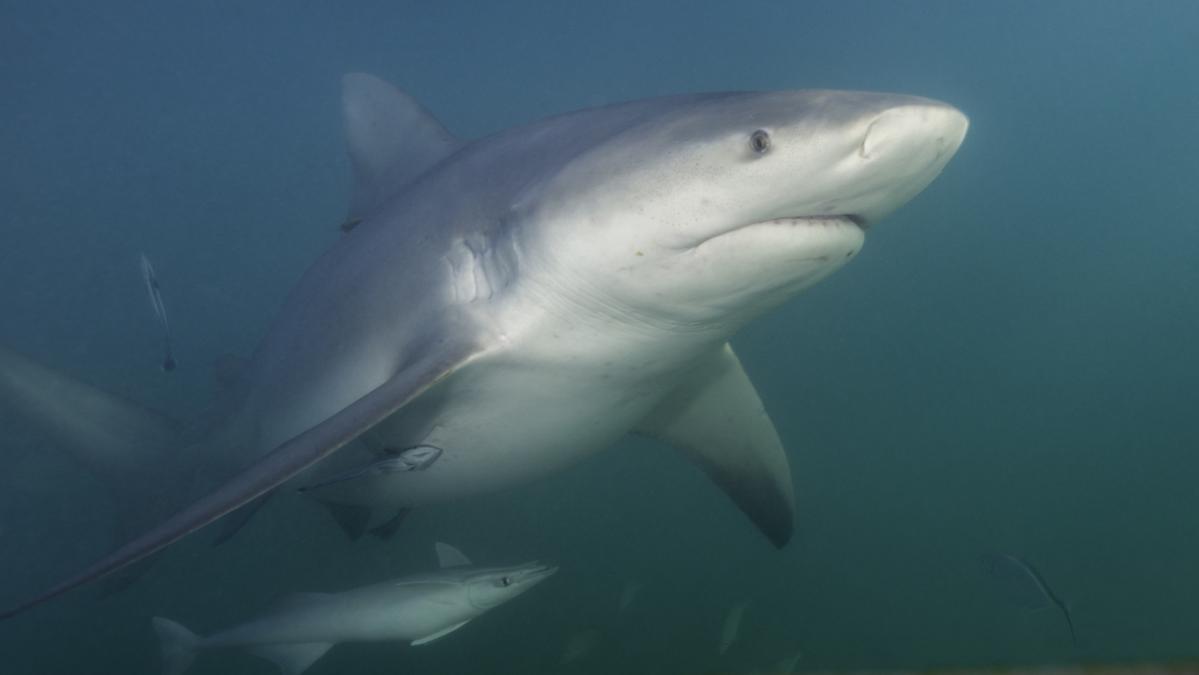 A Sydney diver’s encounter with a shark where he had to “jab” it away is among the anecdotal evidence of increasing shark activity off New South Wales.

And experts have suggested the phenomenon may be attributable to recent weather events.

The terrifying encounter occurred when the man was spearfishing near rocks off Maroubra late last month, according to a social media post.

The post, which claims the white shark “had a crack” at the man and he had to “jab it on the snout” to get it to back off, has called for divers to take precautions such as carrying a tourniquet and diving with a buddy amid concerns of frenzied shark movement.

A few weeks ago, two people were hospitalised with suspected shark bites sustained while swimming at Crowdy Head on the Mid-North Coast.

NSW Agriculture Minister Dugald Saunders has confirmed his department had received reports of “a number of shark interactions across Sydney’s harbour and beaches”.

But there was no scientific evidence to suggest greater activity by sharks, he said.

“However, after heavy rainfall when waters are murky, there may be an increased chance of encountering a shark,” Saunders told 7NEWS.com.au.

“This is because run-off and nutrients from the land run into our waterways and can attract fish and other animals to feed, which in turn can attract sharks.

“Reduced water visibility can make conditions ideal for ambush predators, like sharks, to hunt in.

“Our recommendation is to always avoid the water during these conditions.”

Sydney shark attack victim was engaged to marry his partner

But several factors could increase their activity, particularly for bull sharks.

“They’re kind of like the trash disposal unit of the sea, and they just wait for dead stuff to get washed down rivers.

“So it’s like a smorgasbord bonanza for them – dead cows and sheep and cats and dogs and whatever else gets washed down.

“So that’s probably the only real reason you might see more sharks around the coast after this kind of weather event.”

He said the fact it was towards the end of the sharks’ breeding season could also lead to increased activity, as well as the fact that NSW ocean temperatures are “4C to 5C above average” due to a marine heatwave.

“But nobody’s really sure what that means, other than we’ll see a southern shift of distributions of sharks species generally,” Brown said.

“You might get more tigers for example coming down the coast.

“But it’s very hard to predict.”

However, a series of other factors significantly mitigated the risk of an attack, particularly that the murky waters occupied by sharks weren’t hygienic for people.

‘Stay out of murky water’

“Personally, I’d be more worried about E coli. You’re far more likely to die of some horrid infection from swimming in the water when it’s as filthy as it is at the moment,” Brown said.

“Personally, I wouldn’t be swimming anywhere near a river mouth or anything when we’ve had this kind of rainfall.

“It’d just be filthy, for one thing, and secondly there’ll be sharks there too.

“Most of those ocean beaches should be fine. There is no water discharge from rivers there, so they’ll be fine.

“You’ll only ever get an increase of sharks if you’ve got rivers or stream discharging into the bay.

“Most of our coastal beaches don’t have that worry, so it shouldn’t be a concern.

“Just stay out of those kind of murky water situations.”

Denial of responsibility! Web Times is an automatic aggregator of the all world’s media. In each content, the hyperlink to the primary source is specified. All trademarks belong to their rightful owners, all materials to their authors. If you are the owner of the content and do not want us to publish your materials, please contact us by email – webtimes.uk. The content will be deleted within 24 hours.
AnimalsnewsNSW NewsSevere WeatherSharksSydneyweatherWildlife
0
Share FacebookTwitterGoogle+ReddItWhatsAppPinterestEmail

Jason Kilar, WarnerMedia Head, Is Leaving Ahead of Discovery Merger