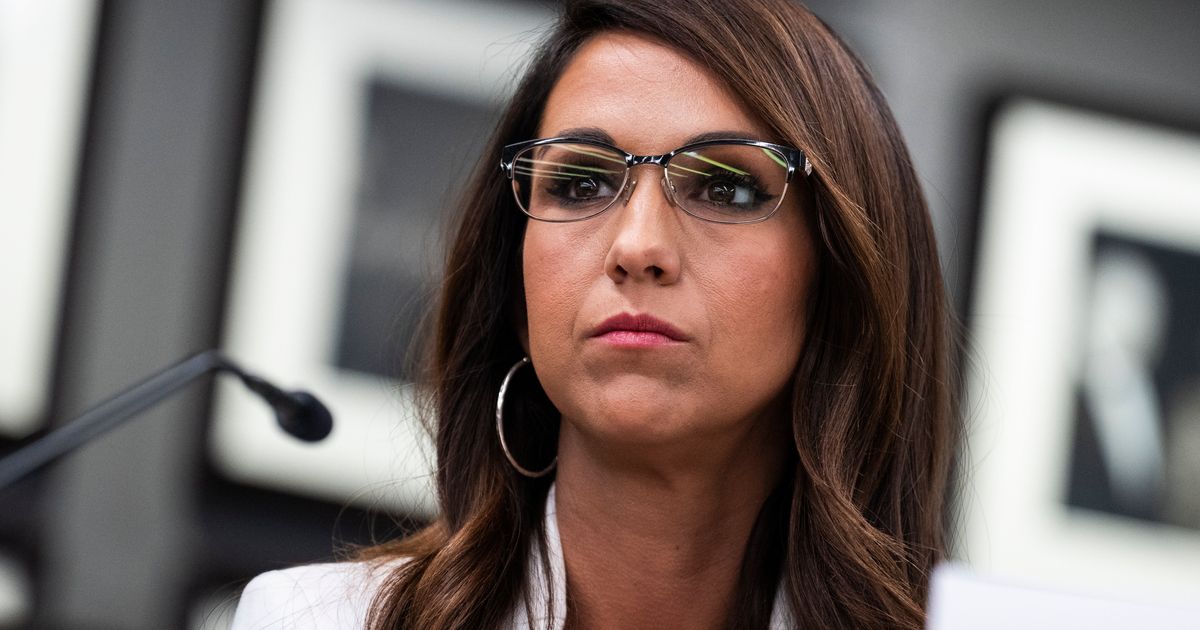 DENVER (AP) — Republican U.S. Rep. Lauren Boebert’s race remained extremely tight on Thursday and could be headed for a recount in the GOP firebrand’s bid for reelection against Democrat Adam Frisch, a former city councilmember from the upscale ski town of Aspen, Colorado.

The tightness of the race has garnered national attention as Republicans inch closer to the 218 seats that would give them control of the U.S. House.

Boebert was seen as a lock in the state’s sprawling, conservative-leaning 3rd Congressional District. But she trailed on election night and only took a roughly 1,200-vote lead after two days of additional counting with thousands of ballots left to be tabulated.

The margin is slightly larger than what would require a mandatory recount. That happens when the margin between the top two candidates is at or below 0.5% of the leading candidate’s vote total.

Boebert, a staunch Trump loyalist, fashions herself as a fighter in a broader cultural crusade for the soul of the nation and earned a spot on the so-called “MAGA Squad” alongside Georgia Rep. Marjorie Taylor Greene. Even as a freshman representative, Boebert’s brash style gained her national TV appearances, widespread notoriety and a loyal following.

During President Joe Biden’s State of the Union Address in March, Boebert interrupted a somber moment about Biden’s son to blame the president for 13 service members who were killed during the U.S. withdrawal in Afghanistan.

Frisch was expected to face long odds after redistricting made the already conservative district, which elected former President Donald Trump by a 15 point margin in 2016, more Republican. But the Democratic challenger, who downplayed his political party and pitched a pro-business and pro-energy platform, remained adamant that Republican voters were tired of what he called Boebert’s “angertainment” and bet on a portion of GOP voters jumping ship.

To Frisch, the slim margin in the election speaks to his ability to build a broad bi-partisan coalition by touting himself as a moderate.

If Boebert loses, it would be another hit to the disappointing results for the GOP on Tuesday night after the anticipated red wave never made the shore.

But Boebert and her supporters weren’t considering that option on Thursday.

“We’re confident Lauren Boebert will win re-election,” said Courtney Parella, spokeswoman for the National Republican Congressional Committee, whose mission is to elect Republicans to the House of Representatives.

Shortly after, Frisch wrote in a statement: “The closeness of this race is a testament to the fact that the people of western and southern Colorado are growing tired of the angertainment industry that Boebert is a part of and want a representative who will fight for bipartisan solutions.”

During the campaign, Boebert and Frisch clashed less on policy issues and more on character. The incumbent claimed Frisch was a closeted leftist who would discard his conservative platform once in congress, while the challenger fashioned himself as a competent and tempered alternative.

Both Frisch’s and Boebert’s campaigns said they are closely watching the race in anticipation of further ballot drops from counties still counting votes and that neither have reached out to attorneys.

In Colorado, county elections boards have until Nov. 30 to certify their election results and submit those to the secretary of state’s office, which has a Dec. 5 deadline to issue its own certification or order mandatory recounts. Any recounts requested by a candidate, or other parties, must be paid for by that candidate or other party and must be completed by Dec. 15.

Elections officials urged the public to be patient, saying vote-counting was proceeding according to established procedure with no reported irregularities.

The sprawling district covers much of western and southern Colorado, including ranches, ski resorts and national forest land as well as the cities of Pueblo and Grand Junction. Grand Junction is in Mesa County, where county clerk Tina Peters has been charged with allegedly allowing outsiders to break into her election system. She has been barred from overseeing elections there.

In Pueblo County, the count would take all day, Ortiz said. And under state law, officials have nine days after Election Day, or until Nov. 17, to receive overseas and military ballots, as well as to “cure,” or verify, ballots in hand that have voter signatures that cannot be immediately verified, he said. Some of Pueblo County’s bipartisan citizen elections judges, who open and verify ballots and feed them into the machines, have left for other commitments or exhaustion, meaning there are fewer people on hand to process ballots, Ortiz said.

“We just want to make sure that our numbers are accurate, and we are not willing to sacrifice accuracy for speed,” Ortiz said. “At this point, we just want to finish today.”

Denial of responsibility! Secular Times is an automatic aggregator of the all world’s media. In each content, the hyperlink to the primary source is specified. All trademarks belong to their rightful owners, all materials to their authors. If you are the owner of the content and do not want us to publish your materials, please contact us by email – seculartimes.com. The content will be deleted within 24 hours.
adam frischLauren Boebert
0
Share FacebookTwitterGoogle+ReddItWhatsAppPinterestEmail