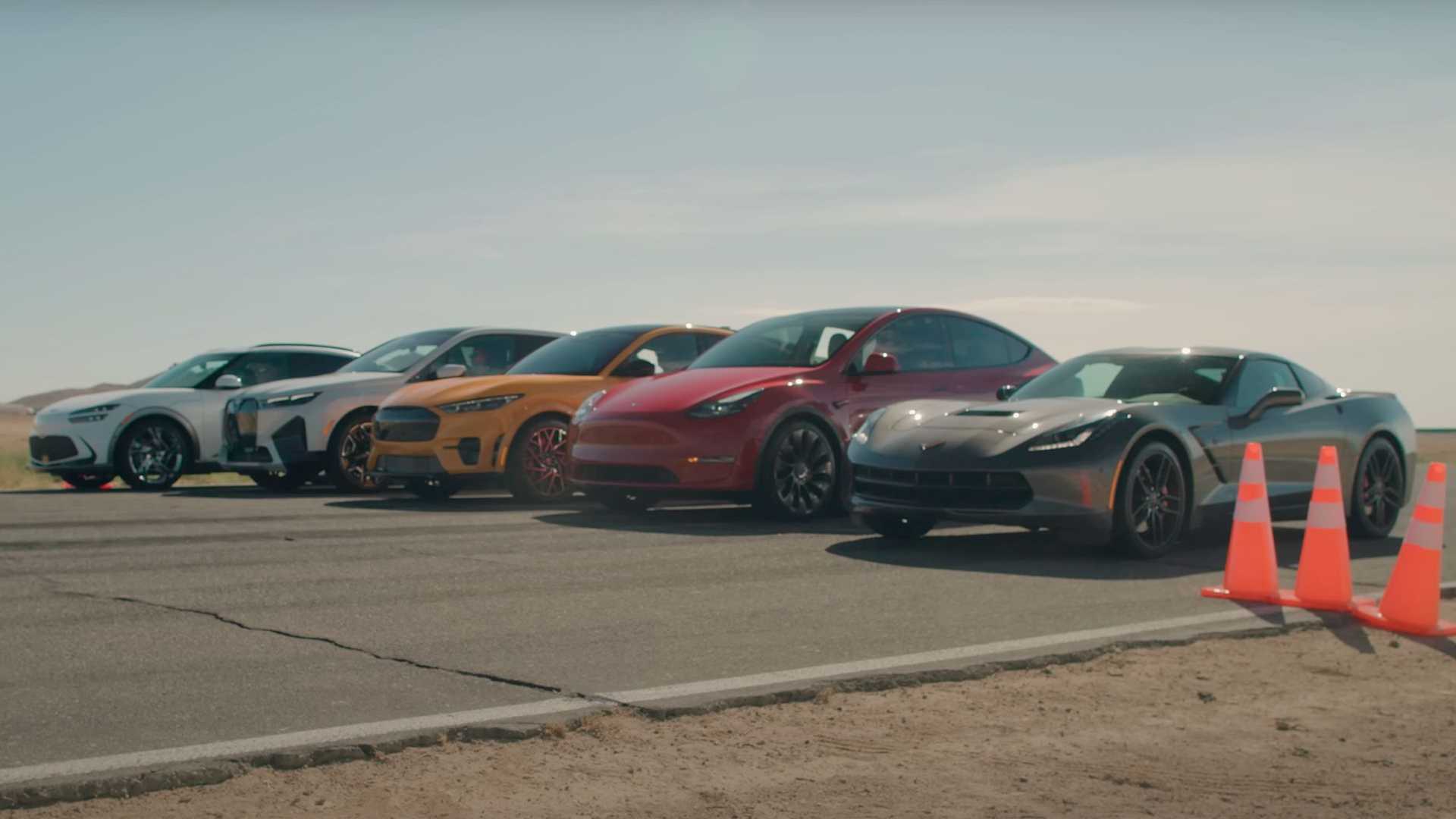 Genesis as a luxury automaker isn’t popular for making insanely quick cars. They’re more known for finesse and poise, in making cars that give car buyers a taste of what Korean luxury is about.

But as our very own Genesis GV60 review pointed out, the crossover’s performance is nothing to scoff at. And to further prove that point, Hagerty lined up the GV60 side by side with three electric crossovers for a drag race – a BMW iX, a Ford Mustang Mach-E GT, and a Tesla Model Y. Before watching the video, let’s have a quick tale of the tape to see how these cars compare on paper.

And then, there’s the Tesla Model Y Performance. The GV60 with its overboost is a tad more powerful than the Model Y, though the latter is substantially lighter than the former.

With these numbers out in the open, which do you think won the silent EV contest? And yes, a Chevy Corvette C7 was also part of the contest to show us how far EVs have become in terms of straight-line performance – if that hasn’t been established at this point already.

An Arizona judge rules that the state can enforce a near-total abortion ban : NPR