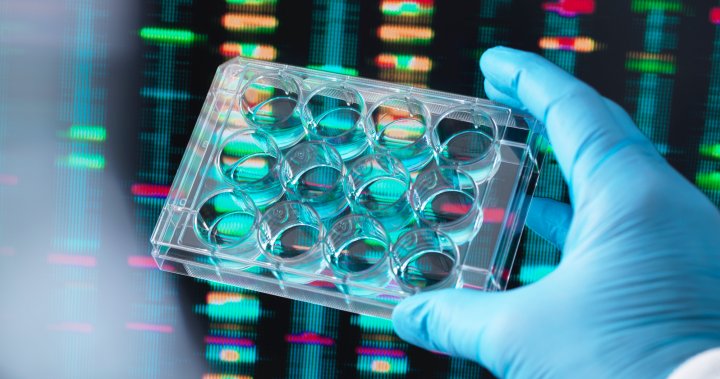 When the Human Genome Project sequenced 92 per cent of the human genome in 2003, it revolutionized our understanding of genetics and its role in human health, evolution and biology. Nearly two decades later, scientists have finished the job, lifting the veil off of the remaining eight per cent of our species’ genome.

The research was published Thursday in the journal Science and was the result of collaboration between nearly 100 scientists from the Telomere-to-Telomere (T2T) Consortium. These new insights contributed 400 million letters of previously unsequenced DNA, paving the way for medical breakthroughs and an even deeper understanding of how our species evolved.

The genetic test you couldn’t get in Canada, until now

The T2T Consortium was organized in 2019 by Karen Miga, an assistant professor of biomolecular engineering at UC Santa Cruz, and Adam Phillippy, the head of gene informatics at the National Human Genome Research Institute. The team published six papers in total, outlining the results of their research.

The full, no-gaps human genome that the consortium compiled, called T2T-CHM13, consists of more than 3 billion base pairs of DNA and just under 20,000 protein-encoding genes.

Pope Francis apologizes for residential schools at Vatican: ‘I ask for God’s forgiveness’

But what does this mean for the average person?

Having the full genome at the disposal of scientists and researchers will allow the medical community to analyze genetic variation in individual people compared to the base genome, and investigate how those variations may play a role in disease.

The Human Genome Project cost $450 million to execute, this recent research cost a few million, and Phillippy said he hopes that sequencing an individual’s genome can become a routine medical procedure costing less than $1,000 within the next 10 years.

The scientific director of the National Human Genome Research Institute, Charles Rotimi, said that these advancements in mapping the genome are “moving us closer to individualized medicine for all humanity.”

For now, it’s still too costly for the everyday person to sequence their genome, but researchers are using the information gleaned from the human genome to identify the links between genetic variations and specific forms of cancer.

So even if individualized medicine is still in the future, this major scientific breakthrough will have a wide-reaching impact on understanding the genetic origins of some of humanity’s most common and debilitating diseases.

1:38
A vaccine for Alzheimer’s? Boston hospital gets green light to start clinical trials

The T2T Consortium pulled off this feat using two DNA sequencing technologies that were developed over the last decade and were not available to researchers with the Human Genome Project when they completed their draft genome.

The Oxford Nanopore DNA sequencing method offers an “ultralong” read of genetic code and can sequence up to 1 million DNA letters at a time. This method is prone to more mistakes as it’s a big-picture look at sections of genetic code. Researchers filled in the gaps using the PacBio HiFi DNA sequencing method, which reads a smaller snapshot of 20,000 DNA letters, but has an error rate of only 0.1 per cent.

The reason why this last eight per cent of the human genome was so difficult to sequence is because it’s highly repetitive.

Mapping the human genome looks a lot like solving a jigsaw puzzle. Researchers must first divide sections of DNA into small pieces and then slot them back together in the correct sequence.

Solving a jigsaw puzzle of a clear, blue sky is much more difficult than say, a puzzle depicting a vase of flowers, because there is much more variation and uniqueness in the latter. If all your puzzle pieces are blue, it’s hard to see how they fit together correctly.

In genome sequencing, the more repetitions in a section of DNA there are, the less uniqueness there is to accurately determine its spot in the bigger picture.

As it turns out, these previously unmapped sections of the genome include genes that are important for evolutionary adaption.

One of the study’s lead researchers, Evan Eichler of the University of Washington, said via CNN that these sections of DNA “contain immune response genes that help us to adapt and survive infections and plagues and viruses. They contain genes that are … very important in terms of predicting drug response.”

He also said that some of the newly discovered genes are responsible for the rapid evolution of the human brain, and can tell us more about how humans gained complex cognition over other primates.

The next step for genomic researchers will be to create a new “human pangenome reference,” which will compile genomic information from a wide range of humans to ensure that humanity’s genome reference captures the full diversity of the human race.

Although the T2T-CHM13 human genome reference does capture a full human genome, it is still missing a vast amount of normal genetic variation, owing to the fact that diverse human ancestry results in diverse genetics.

The T2T Consortium is partnering with the Human Pangenome Reference Consortium to sequence genomes from 350 individuals for exactly that aim of uncovering an even more complete picture of the building blocks of the human race.

Denial of responsibility! Web Times is an automatic aggregator of the all world’s media. In each content, the hyperlink to the primary source is specified. All trademarks belong to their rightful owners, all materials to their authors. If you are the owner of the content and do not want us to publish your materials, please contact us by email – webtimes.uk. The content will be deleted within 24 hours.
complete human genomedna sequencingevolutionary biologyfull human genome mappedgenetic variationHealthHuman Biologyhuman genetics
0
Share FacebookTwitterGoogle+ReddItWhatsAppPinterestEmail

The Transfixing Beauty of Starling Murmurations