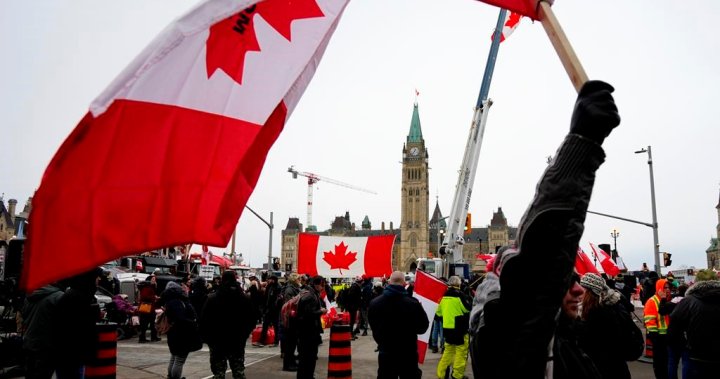 CSIS testimony about the federal government’s decision to invoke the Emergencies Act will unfold behind closed doors, ruled the commissioner overseeing the inquiry, late Wednesday.

Justice Paul Rouleau agreed with the government’s assertion that the evidence to be put before the Public Order Emergencies Commission — if made public — “would be injurious to national security.”

“Having considered the Government’s representations, I am satisfied that the burden has been met for this evidence to be heard in the absence of the public,” Rouleau wrote in his ruling.

“It is my expectation that the hearing will take approximately three hours. The evidence will be called by Commission counsel who are experienced in national security matters.”

According to the government’s request, the information they’d like to keep out of the public eye surrounds the role of the Canadian Security Intelligence Service (CSIS) in response to the so-called “Freedom Convoy” protests that snarled the streets of downtown Ottawa for three weeks earlier this year.

There is information in the classified version of the government’s Institutional Reports on CSIS’s role that, if made public, could hurt national security, the government argued.


The commission counsel had advised the government that they’d like to question CSIS witnesses as well as a witness from the Integrated Terrorism Assessment Centre (ITAC) on both the public version of the Institutional Reports as well as the classified one, a move that federal officials said would also be harmful to the security of Canada.

If the commission hadn’t granted the request that these topics be dealt with out of the public eye, the government argued, that disclosure would have a serious impact on:

While Rouleau ruled in favour of the government, he said his decision only deals with the way evidence will initially be called before the commission, meaning the commissioner could later decide that some evidence doesn’t need to be kept confidential.

“I may decide that some or all of the evidence can be made public, for example in a summary that describes the evidence without disclosing information that must remain confidential,” Rouleau ruled.

Multiple witnesses from intelligence agencies are expected to appear as the inquiry probes the government’s justification for invoking of the Emergencies Act during the coming weeks.

Denial of responsibility! Secular Times is an automatic aggregator of the all world’s media. In each content, the hyperlink to the primary source is specified. All trademarks belong to their rightful owners, all materials to their authors. If you are the owner of the content and do not want us to publish your materials, please contact us by email – seculartimes.com. The content will be deleted within 24 hours.
Canadaconvoy to Ottawaconvoy to ottawa 2022csisEmergencies Actemergencies act CSISEmergencies Act inquiryEmergencies Act inquiry latest
0
Share FacebookTwitterGoogle+ReddItWhatsAppPinterestEmail

Certain type of stroke on the rise, with higher rates among Black people — ScienceDaily