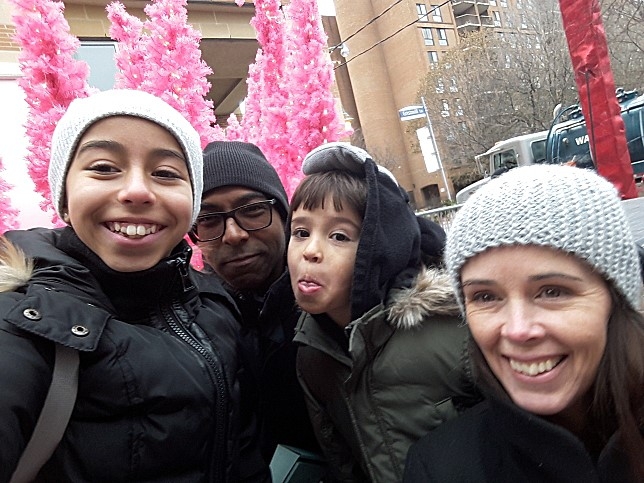 On that clear August night in 2018, Paul Manzon was racing along Brampton’s Hwy. 50 in his shiny blue souped-up Corvette, showing off for his date, oblivious to the safety of everyone around him.

Five seconds before he slammed into the left-turning KIA SUV, he was driving 163 km/h in the 80 km/h zone.

Was it just a momentary “terrible decision” made by an otherwise good person that should be punished by just four years in prison? Or is the taking of three innocent lives by a dangerous driver who should have known better worthy of 10 to 12 years behind bars?

Superior Court Justice Nancy Dennison convicted the Caledon man in January on three counts of dangerous driving causing death and two of causing bodily harm, rejecting the argument that it was a momentary lapse of judgment.

“No reasonable person would drive 163 km/h on a four-lane highway near an intersection where cars were present,” she said.

But the judge acquitted Manzon on five charges of criminal negligence, finding his driving didn’t reach the higher fault standard of “wanton or reckless” disregard for the safety of others.

In final sentencing submissions Friday, prosecutor Shazin Karim urged Dennison to sentence Manzon to a stiff 10 to 12 years in prison and a five-year driving prohibition for shattering two families and devastating their community — the reading of 30 heartbreaking victim impact statements from the children’s parents, relatives and friends left many in tears while 55 more were filed with the court.

“Their families have been altered forever,” the Crown said. “They’re serving a life sentence.”

Manzon is not a youthful first offender, she reminded the court. He was 45 at the time with an albeit dated criminal record that includes two convictions for driving while impaired.

“Driving’s a privilege,” Karim said. “Mr. Manzon’s already been convicted of violating that privilege on two previous occasions. This is the third time now he’s before the court.”

His own passenger had to tell him to slow down more than once, she said, and he must be held accountable for the dangerous speeding that stole three lives.

Manzon’s lawyer Craig Bottomley insisted the range suggested by the Crown is too harsh.

“You can’t sentence Mr. Manzon as if he was a drunk driver,” he said.

No sentence can repair the “absolutely tragic loss” of the mother and two children, he said, but a four-year term with a 10-year driving ban is appropriate in this case.

Any time will be harder time for Manzon due to his health issues, including asthma, sleep apnea and PTSD that pre-dates the collision, his lawyer noted.

Bottomley quoted extensively from Manzon’s guilt-ridden letter to the court.

“Many days I wish it was me who died instead of a mother and children,” he wrote. “Most nights I cannot sleep, I feel depressed, I keep to myself and spend time with my dogs.”

“I am so very sorry to the family members who lost their loved ones in this accident. I know there is nothing I can ever do or say to put things right,” he continued. “Words cannot express the guilt and remorse I feel about the events of Aug. 4 that took three people’s lives and devastated two families.”

His lawyer insisted his client has good prospects of rehabilitation: Manzon works tirelessly in community charity work for children and mental health causes and cares for his elderly father.

But it wasn’t brief — witnesses had seen him speeding before the deadly collision.

And just four years for causing the senseless, preventable deaths of three people? How could that possibly be enough?

Dennison is expected to deliver her sentence in November.

Tennis stars laud Federer ahead of retirement from tennis