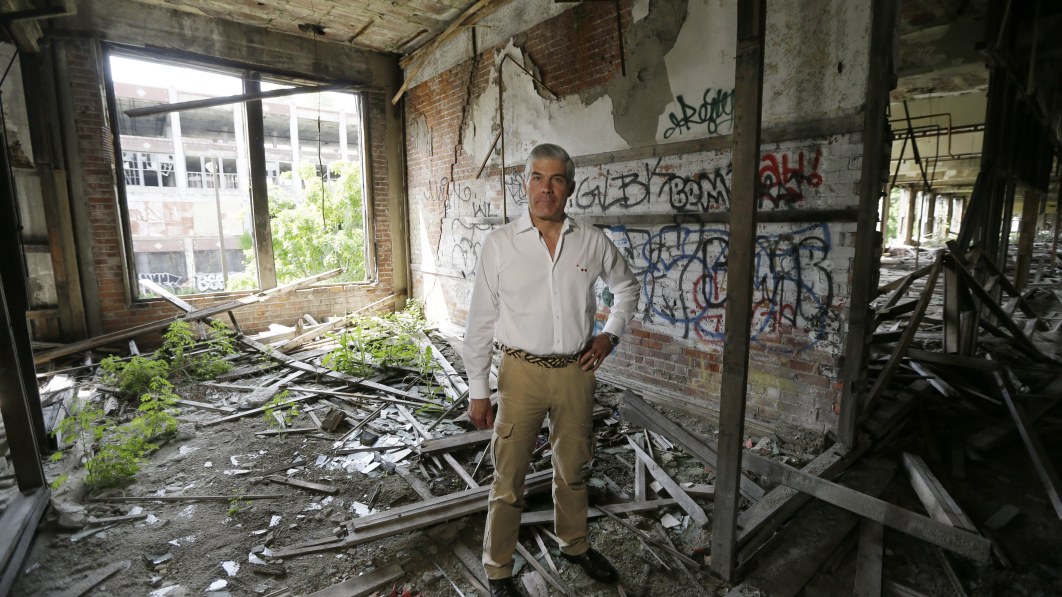 A judge has ordered the owner of Detroit’s iconic Packard plant to begin demolition of the abandoned factory by the middle of May, ending a long legal stalemate that held the blighted property’s fate in limbo. The ruling comes after the city had already foreclosed on more than two dozen of owner and supposed developer Fernando Palazuelo’s property holdings inside the city.

Wayne Judge Brian Sullivan delivered a default judgment after Palazuelo failed to appear in court to defend a lawsuit brought by the city in 2021 seeking to recover unpaid fees and taxes associated with the property. Sullivan ordered Palazuelo’s firm, Arte Express Detroit, to obtain permits immediately; demolition must begin by mid-May. If Palazuelo fails to act by the deadline, the city can hire contractors to do it, and Arte Express Detroit will be on the hook for the bill — theoretically, anyway.

Collecting on that debt may prove a challenge for Detroit. Attorneys who previously represented Palazuelo told Fox 2 Detroit that they dropped him as a client after he became unreachable. The site has reportedly cost Palazuelo more than $1 million in unpaid taxes and fees assessed on the property during his eight years of ownership. Its deterioration has been a symbol of Detroit’s decline. The development firm bought the facility out of foreclosure in 2013.

“[Palazuelo] never delivered on anything,” City of Detroit attorney Charles Raimi told assembled media after Wednesday’s court ruling. “He just left this horrible, blighted, dangerous property sitting in the middle of the city for years.”

Originally completed in 1911, the plant operated until 1958. The 3.5-million-square-foot factory is located on 40 acres on Detroit’s East Side, and is said to be the largest abandoned industrial facility in the world. Its bridge over East Grand Boulevard, which once carried a portion of the assembly line between buildings, collapsed in early 2019, after which the city of Detroit began demolishing structures on portions of the property that it already owned to prevent further hazardous occurrences.