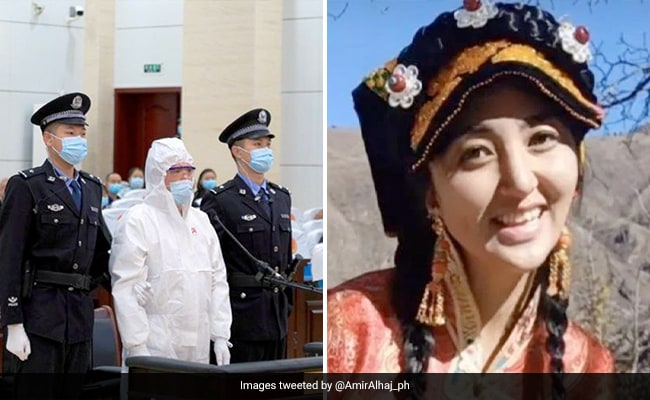 A man convicted of killing his ex-wife by setting her on fire during a livestream was executed in China on Saturday.

According to CNN, Tang Lu set fire to his 30-year-old ex-wife Lhamo in September 2020 while she was live streaming herself. She died of her injuries a few weeks after the horrifying incident. Mr Tang, on the other hand, was arrested soon after and sentenced to death in October 2021.

Over the weekend, the Ngawa Tibetan and Qiang Autonomous Prefecture Intermediate People’s Court announced that Mr Tang was executed in southwestern Sichuan province. In a short statement, the officials stated that the crime was extremely cruel and Mr Tang deserved the most severe punishment.

As per CNN, Ms Lhamo was a farmer and livestreamer in the Tibetan autonomous prefecture, and Mr Tang had a history of physical abuse towards her. The couple divorced in June 2020, but Mr Tang repeatedly sought Ms Lhamo out and asked to remarry in the following months.

When he got turned away, a dejected Mr Tang then went to his ex-wife’s house in September 2020 and doused her with petrol and set her on fire while she was livestreaming.

This case was widely covered in national and international media. It drew widespread condemnation and outrage across the nation over the plight women face in abusive marriages. The case also led to a discussion about the mistreatment of women in China and how the country’s legal system often fails to protect victims while easily pardoning perpetrators.

Notably, as per the outlet, until 2001, abuse wasn’t considered grounds for divorce in China. The country enacted its first nationwide law prohibiting domestic violence in 2015. This covers both psychological abuse as well as physical violence.

Denial of responsibility! Secular Times is an automatic aggregator of the all world’s media. In each content, the hyperlink to the primary source is specified. All trademarks belong to their rightful owners, all materials to their authors. If you are the owner of the content and do not want us to publish your materials, please contact us by email – seculartimes.com. The content will be deleted within 24 hours.
Chinachina courtchina executes manchinese courtchinese manchinese man executedlhamoman sets ex-wife on fire
0
Share FacebookTwitterGoogle+ReddItWhatsAppPinterestEmail