“Come on”, “Why not” – Barcelona fans wonder why Xavi decided against involving 26-year-old star in line-up for Mallorca clash 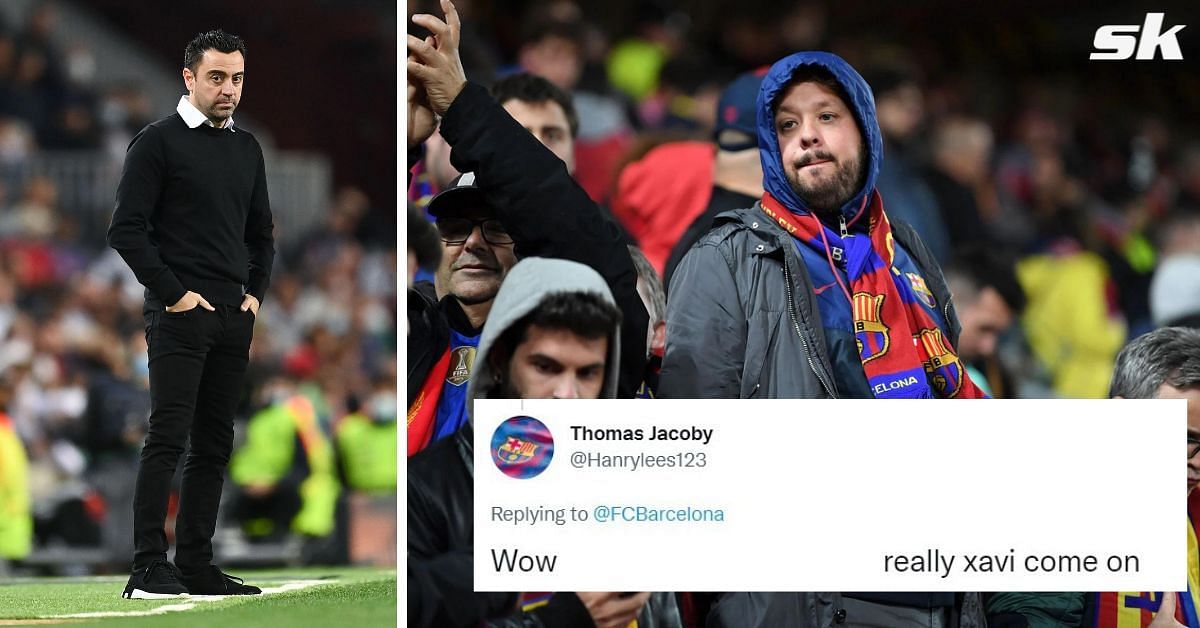 Barcelona fans are unhappy with manager Xavi’s decision to not start Adama Traore for the La Liga clash against Mallorca. The Spanish giants take on the bottom-half placed team on May 1 at Camp Nou.

Barcelona are currently third in the table, a point behind Sevilla but with a game in hand. With Real Madrid already having secured the title, there is little to play for except for the second position. Adama Traore has until now seen limited gametime under Xavi, and is yet to score for the club.

He has four assists in 15 appearances across all competitions and fans seemingly want to see more of the 26-year old winger.

A number of fans were seemingly unhappy on social media with his exclusion:

Will Adama Traore stay at Barcelona beyond the season?

Traore has been at Wolverhampton Wanderers since the 2017-18 season and is yet to fulfill his potential. The winger has all the skills in the world and is easily one of the strongest around as well. However, his decision-making, finishing, inconsistency and inability to find the final-pass have held him back.

Nevertheless, most fans will consider the Spanish international a successful acquisition. Barca have the option of making the loan deal permanent and there is little doubt that Adama himself will want to stay beyond this season.

However, if he is to cement himself as a regular under Xavi, things need to change. While his overall gameplay and strength have been beneficial for the Blaugrana, expectations are bound to increase in the coming seasons.

Ousmane Dembele looks to have cemented his future as a Barcelona winger and Xavi also trusts Ferran Torres. Additionally, the likes of Depay, Ansu Fati, and the versatile Riqui Puig means that Traore might end up back at Wolves next season.

Regardless, the winger has played a big role in the recent revival and is bound to look back at his time fondly.

Denial of responsibility! Web Times is an automatic aggregator of the all world’s media. In each content, the hyperlink to the primary source is specified. All trademarks belong to their rightful owners, all materials to their authors. If you are the owner of the content and do not want us to publish your materials, please contact us by email – webtimes.uk. The content will be deleted within 24 hours.
Adama TraoreBarcelonaBarcelona Transfer NewsFootballLa Liga 2021-22newsReal Madrid CF FootballXavier Hernandez
0
Share FacebookTwitterGoogle+ReddItWhatsAppPinterestEmail

EasyJet passport rules: These are passengers’ rights if they were mistakenly denied boarding by airline

Ray Charles, The Judds To Be Inducted Into Country Hall Of Fame