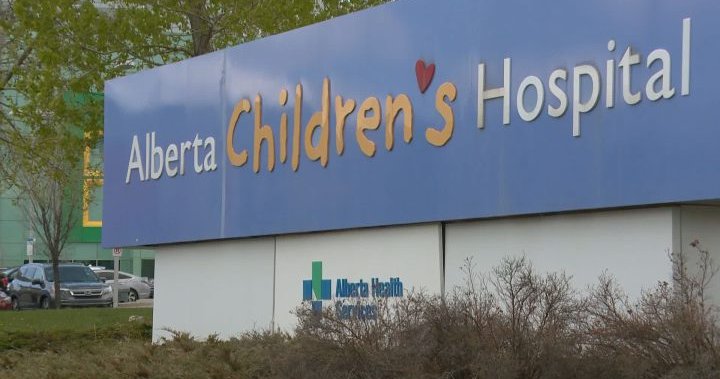 Ten children have now been found to be suffering from a severe case of hepatitis over a five-month period including a new case in Alberta, according to new federal government data.

Hepatitis or irritation of the liver is rare in children, but starting in early April of this year, the World Health Organization has reported an increase in cases of acute severe hepatitis in children not caused by known hepatitis viruses.

“What’s different about this is that it seems that the liver inflammation is quite severe and it’s not the usual culprits which are hepatitis A, B and C,” said Dr. Cora Constantinescu, a pediatric infectious disease specialist with the Alberta Children’s Hospital in Calgary.

Canada now has 10 confirmed cases of severe hepatitis in kids. Here’s what to watch for

Earlier this month, two possible cases of severe acute hepatitis with no known cause were identified in Alberta, according to Dr. Deena Hinshaw who made the announcement on May 11.

New data released on May 20 from the Public Health Agency of Canada (PHAC) shows there are now 10 cases of acute severe hepatitis in children in Canada, meeting the national case definition over a recent five-month period.

Three cases have been reported in Alberta. The rest were in Manitoba, Ontario and Quebec.

Some researchers have suggested the unexplained cases could be linked to adenovirus — a family of viruses that typically causes flu-like illness — or perhaps connected to COVID-19.

“It’s difficult because the big confounder is that a lot of children had omicron infection in the last few months, so is that really the cause of this, or is it just there because we’ve had so many kids, unfortunately, become infected?” Constantinescu said.

“There are a lot of different hypotheses and a lot of people are looking into it but I don’t think we know for sure.”

The PHAC said it’s not certain if there has been an increase in acute severe hepatitis cases in children not caused by known hepatitis viruses.

“I do think we should definitely be on the lookout but at the same time I do think that it’s incredibly rare and I would hope that would provide some comfort to families,” said Alberta Children’s hospital hepatologist Dr. Simon Lam.

In Alberta, Lam said there hasn’t been the kind of increase that’s been reported in other countries.

“At least for the last couple of months, it hasn’t really been the uptick that they saw in the U.K., but I mean we are obviously on the lookout now, so if we do see a bit of a signal we are going to follow that closely,” Lam said.

The PHAC is working closely with provincial, territorial and international partners to further investigate any reported cases of acute severe hepatitis in children not caused by known hepatitis viruses.

On Friday, U.S. officials said infection with adenovirus is the leading hypothesis for recent cases of severe hepatitis of unknown origin in children.

In the U.S., more than 90 per cent of affected children have been hospitalized. Most have recovered, but at least five have died.

Denial of responsibility! Web Times is an automatic aggregator of the all world’s media. In each content, the hyperlink to the primary source is specified. All trademarks belong to their rightful owners, all materials to their authors. If you are the owner of the content and do not want us to publish your materials, please contact us by email – webtimes.uk. The content will be deleted within 24 hours.
acute severe hepatitisadenovirusAlberta healthchildrenChildren's HealthHealthHepatitisinflamed liver
0
Share FacebookTwitterGoogle+ReddItWhatsAppPinterestEmail