Blue Jays betting on long-term partnership with the Score Bet 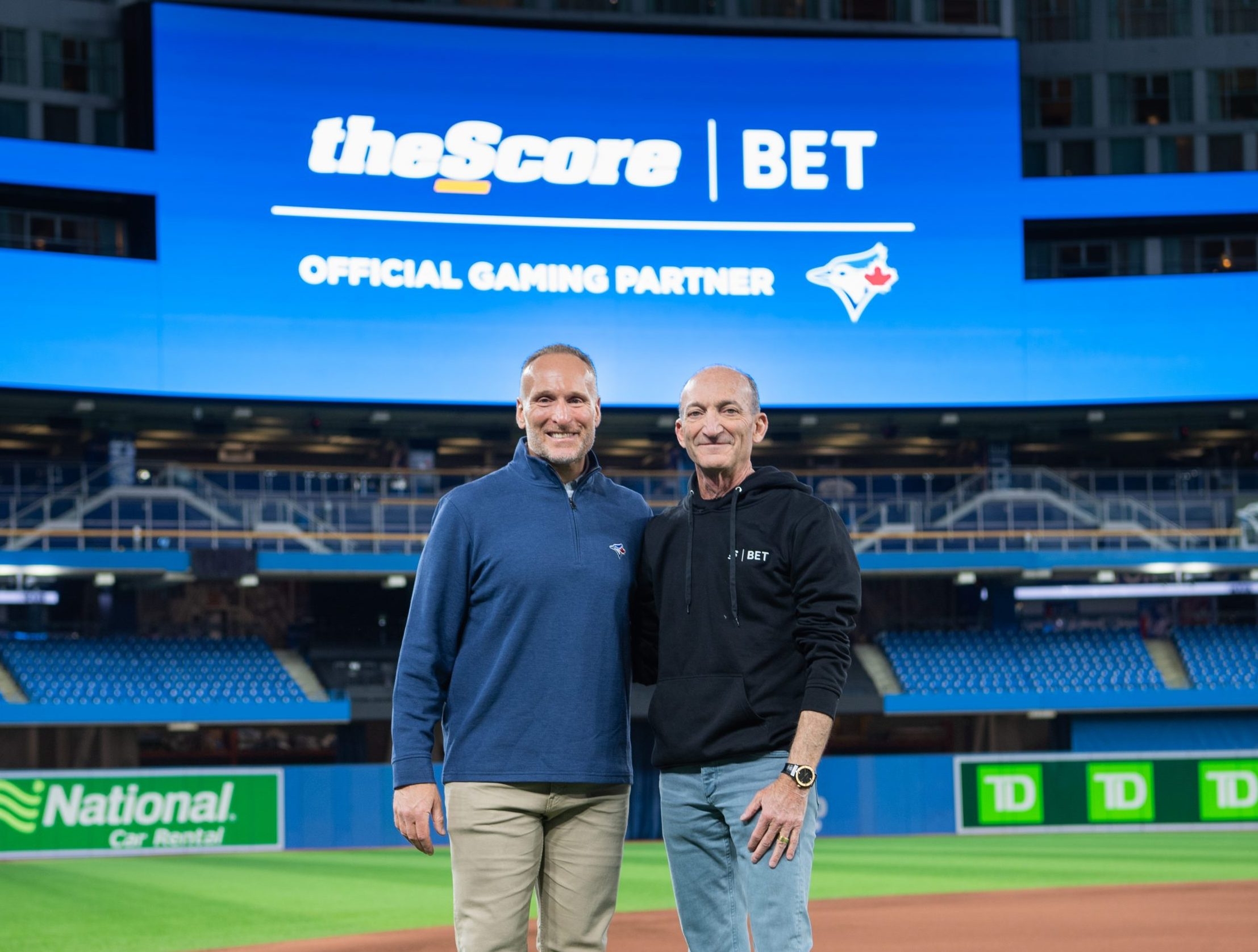 If pre-season World Series odds are any indication, the Blue Jays are a good bet to be among the top contenders as the 162-game season gets under way.

And on the eve of the team’s home and season opener, Canada’s only Major League Baseball franchise is cashing in on Ontario’s burgeoning sports betting market.

The Jays have agreed to a 10-year partnership with Canadian company the Score Bet, in what both parties are billing as “the Official Gaming Partner of the Blue Jays.”

While financial details of the deal have yet to be released, it would seem to be a strong partnership for both Toronto-based companies. And the Score brand will be prominent throughout Rogers Centre as the Jays are expected to play before large audiences, both live and on television.

The highlight will be what the team is calling “a branded, 365-days-a-year flagship sports bar and restaurant” at the downtown dome.

For games, there will be two rows of seats in a premium seating section just off the baselines that will include TVs to watch the Blue Jays feed and other live sports events.

Unspoken, of course, is that those fans can have their betting app at the ready for in-game wagering offerings that become available.

“The fan experience is evolving and the monumental partnership with the Score Bet offers compelling new ways for sports enthusiasts to be a part of the game,” Jays president and CEO Mark Shapiro said in a statement. “We are excited to be partnering with a Canadian company that operates at the highest level of the industry and understands our role in Toronto and Canada.”

While initially the partnership will focus on marketing and branding initiatives, the length of the deal certainly opens up possibilities to accompany expected growth and expansion of sports betting in the province.

For example, if Ontario’s sports betting regulations expand to include physical sports books — rather than online-only offerings — the Rogers Centre would be a logical spot for such a venue.

The timing of the deal is also a win for the Score Bet, which becomes the first company to lock up such a long-term arrangement with a major Canadian sports franchise. With the Jays beginning their 162-game season on Friday, one that starts with such optimism, the marketing possibilities are sky-high as well.

The company, founded by CEO John Levy, has been an innovative sports entity in Canada for decades now, first as a broadcaster and later the developer of one of the most comprehensive sports apps in North America. Moving into the sports gaming realm was a logical extension for the Score, which was recently purchased by U.S. gaming giant Penn National.

“Teaming with the Blue Jays opens up exciting new exclusive marketing opportunities and brings the Score Bet even closer to a huge audience of passionate, engaged fans, both on-site at Rogers Centre and online across our platforms,” Levy said in a statement. “We believe this deal will establish a new standard for team and gaming operator relationships as we pioneer innovative ways to experience and interact with the game.”

Want sports betting straight to your inbox? Sign up for Closing Lines, your daily newsletter for insights into sports betting and useful tips to give you an edge.

First autonomous X-ray-analyzing AI is cleared in the EU