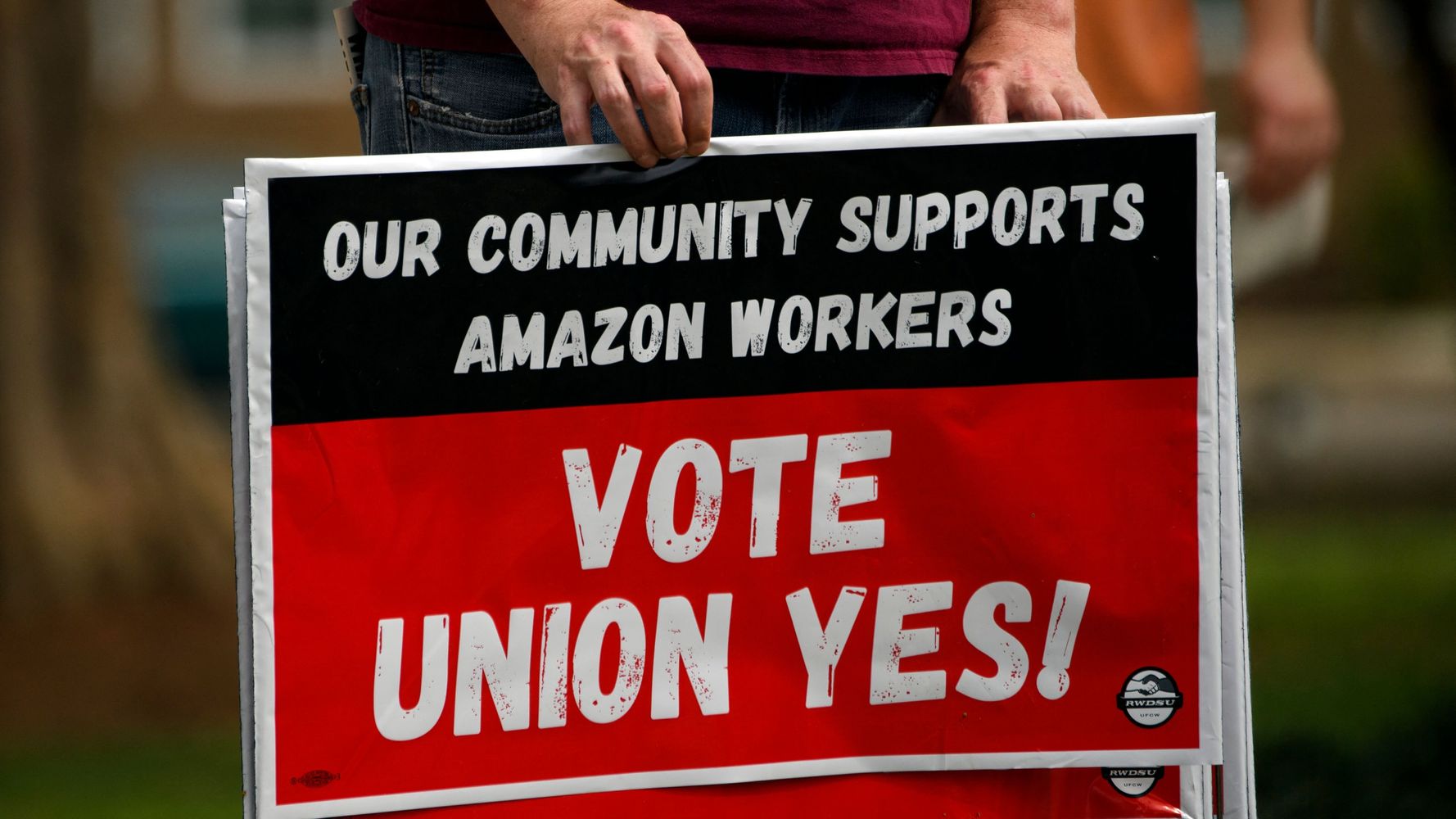 A top labor official appointed by President Joe Biden has taken aim at mandatory anti-union meetings at work, saying she will seek a ban on them.

Jennifer Abruzzo, the general counsel for the National Labor Relations Board, issued a memo Thursday outlining why she believes such meetings are illegal. She said she will pursue a case before the full NLRB in hopes of having them outlawed.

These meetings typically involve a manager or outside consultant delivering anti-union talking points to workers considering unionization. Unions call them “captive audience” meetings because attendance is often required, or implied to be. The meetings have bedeviled labor groups for decades, since they generally don’t have a similar, guaranteed platform inside the workplace to make their case for unionizing.

Abruzzo’s move to ban them is sure to dismay employer groups, who are likely to fight any such ban in court. The general counsel signaled as soon as she took the job last year that she would try to outlaw these meetings on the grounds that they’re inherently coercive, part of a broader agenda meant to strengthen labor law in favor of workers rather than employers.

“They are the major weapon employers use to spread disinformation, intimidate workers and interfere with their choice as to whether they want union representation.”

In her memo, Abruzzo said she would ask the board to forbid them in two situations: when workers are “forced to convene on paid time,” or when they are “cornered by management while performing their job duties” to hear anti-union talk. The latter situation would seem to include not just group meetings but some one-on-one talks between managers and workers as well.

“In both cases, employees constitute a captive audience deprived of their statutory right to refrain, and instead are compelled to listen by threat of discipline, discharge, or other reprisal — a threat that employees will reasonably perceive even if it is not stated explicitly,” Abruzzo wrote.

To accomplish such a change in precedent, a general counsel would find a good case and then try to bring it before the five-member labor board, which serves as a high court for labor law. The board currently has a 3-2 Democratic majority, due to Senate-confirmed appointments made by Biden.

A staple of management campaigns for years, captive audience meetings have gained some national attention recently, thanks to high-profile union drives at Amazon and Starbucks.

Both unions filed what are known as “unfair labor practice” charges against Amazon with the labor board, arguing that the meetings should be declared illegal.

The RWDSU praised Abruzzo’s memo on the meetings in a statement Thursday.

“They are the major weapon employers use to spread disinformation, intimidate workers and interfere with their choice as to whether they want union representation,” said Stuart Appelbaum, the union’s president. “The question of whether workers want a union should be the workers’ choice — not the employers’ — free of intimidation and interference.”

The labor board has held captive audience meetings to be legal, but Abruzzo argued that the reading was incorrect. She called it a “license to coerce” that amounts to “an anomaly in labor law.” She said the board’s tolerance of the meetings is “at odds with fundamental labor-law principles, our statutory language, and our Congressional mandate” to protect workers rights.

In most cases, unions do not have access to a workplace to speak with workers, typically making their case outside a facility or through home visits. Unions try to prepare workers for captive audience meetings through a process known as “inoculation,” in which they try to debunk management’s claims ahead of time.

Amazon spent $4.3 million on anti-union consultants last year alone. The company’s consultants held group meetings as well as one-on-one conversations with workers in an effort to get them to vote against the unions in New York and Alabama. The consultants earned a typical rate of around $3,200 a day each. Amazon has not commented on the expenditures.

An Amazon worker on Staten Island explained to HuffPost earlier this week how he and his co-workers tried to turn the group meetings into organizing opportunities, rather than the liability they usually are. The union ultimately won the election 2,654 to 2,131.

“Once we had an organizer in a meeting, the goal was to completely shut it down,” Connor Spence said. “We’d interrupt them whenever they made inaccurate statements, and ask so many questions that they had no choice but to end the meeting. As time went on, even milder people who were pro-union started speaking out.”

Denial of responsibility! Web Times is an automatic aggregator of the all world’s media. In each content, the hyperlink to the primary source is specified. All trademarks belong to their rightful owners, all materials to their authors. If you are the owner of the content and do not want us to publish your materials, please contact us by email – webtimes.uk. The content will be deleted within 24 hours.
Jennifer AbruzzoLabor IssuesNational Labor Relations Boardunion
0
Share FacebookTwitterGoogle+ReddItWhatsAppPinterestEmail