Auston Matthews shoots for the Stars, Spezza sits for Maple Leafs in Dallas 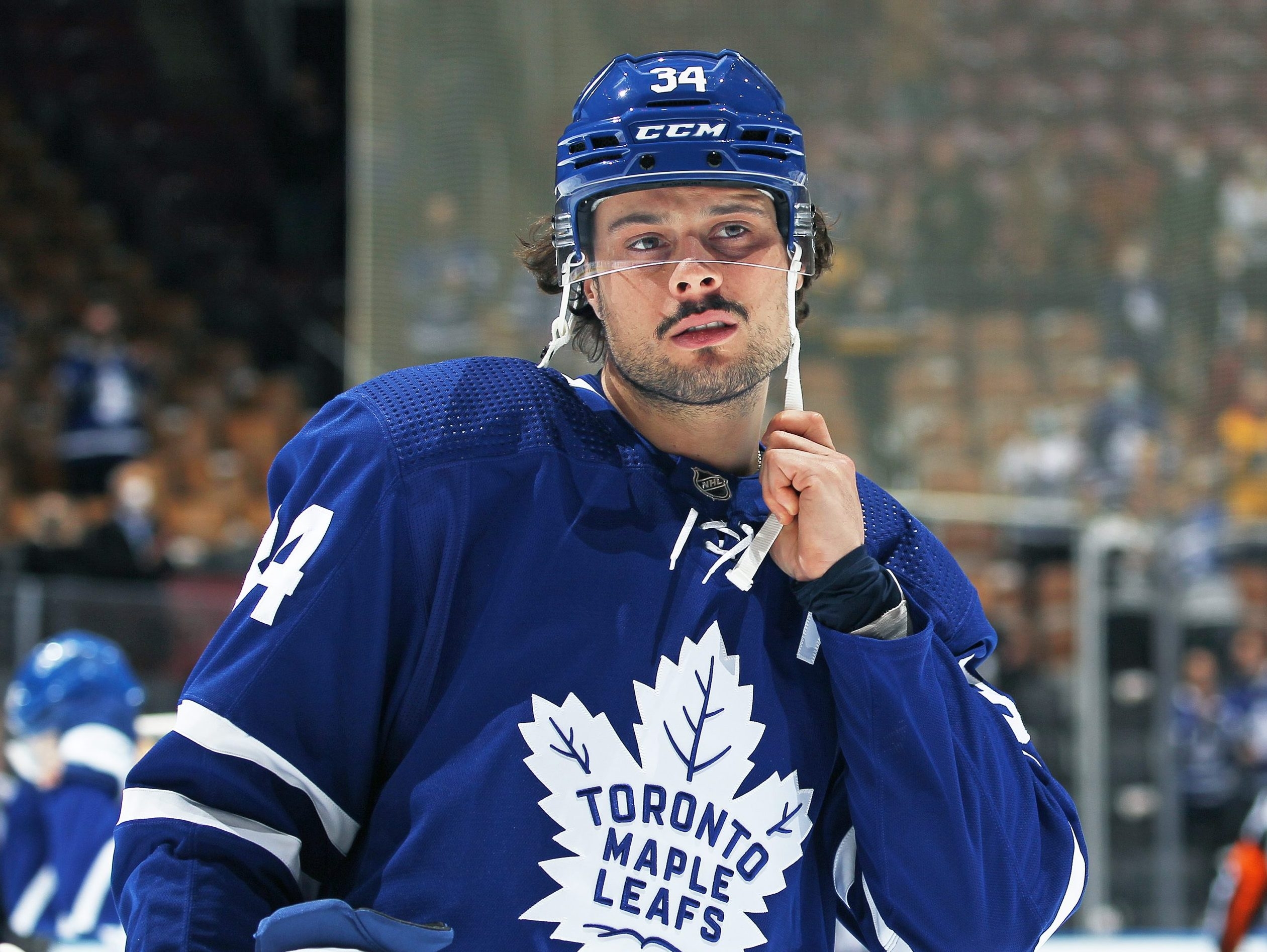 DALLAS — Auston Matthews wants to wrap up his goal record chase ASAP, but the Maple Leafs have a W to think about first with playoff positioning at stake.

Thursday’s pre-game planning for the Stars was all about setting the best lineup. For coach Sheldon Keefe, that meant putting aside sentiment and keeping Jason Spezza in the press box in possibly his last visit to his former home in Dallas as a player. The 38-year-old will sit while Keefe reconfigured a fourth line of rookie Nick Abruzzese, Colin Blackwell and Wayne Simmonds.

On defence, Timothy Liljegren will come out for the first game that will feature the team’s two most physical defencemen, Jake Muzzin (who will play with TJ Brodie) and Ilya Lyabushkin (back from a one-game rest and partnering Morgan Rielly).

Over in the Dallas room, coach Rick Bowness made the interesting move of resting No. 1 Jake Oettinger in favour of Brampton-born Scott Wedgewood.

Keefe likely informed Spezza of his decision Wednesday when the Leafs were off en route from Florida where he’d played in the 7-6 loss to the Panthers.

“We’re at the point now where we have to make decisions,” Keefe said. “We have 12 games left and I don’t worry about those kinds of things with a veteran like Spez. He’s played here before. Taking him out was as simple as we wanted to keep Abruzzese going, with Simmonds for Kyle Clifford. Nick showed progression in a tough game against Tampa (before sitting in Florida). Someone has to come out.”

In that Florida game, Matthews didn’t get the one goal needed to break Rick Vaive’s single season record of 54.

“Honestly, it has not weighed on me too much,” Matthews said. “Every game I’m trying to create offence and trying to score. It was nice to have a day off yesterday and be with the guys.”

Matthews is just as glad that linemate Mitch Marner is on an 11-game points streak of 26 points, eight goals and 18 assists, the past seven games all multi-point efforts.

“It’s been fun to be out there with him. Matthews said. “He’s extremely confident. He’s been incredible for us all season long, but the past couple of months he’s really on fire.

“When we’re pushing each other and going well, there are a lot of really good things we can do out there. We’re trying to be the best versions of ourselves so we can try and help the team.”

Bownesss said the Stars need “a group mentality” to shut down Matthews, reminding that the days of the 1970s’ designated shadow were long gone.

Methane emissions surged by a record amount in 2021, NOAA says

Writing Google reviews about patients is actually a HIPAA violation