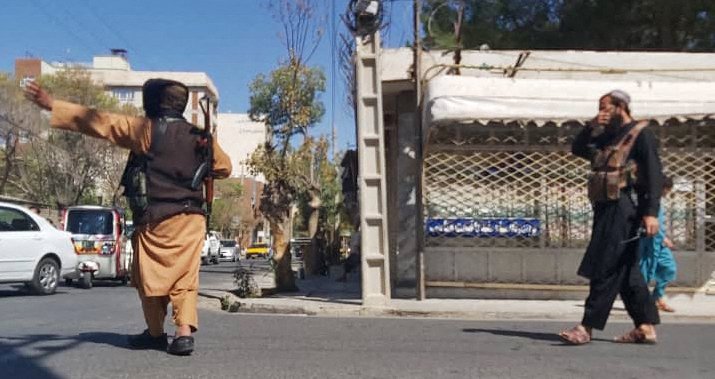 An explosion tore through a crowded mosque in western Afghanistan on Friday, killing at least 18 people, including a prominent cleric, Taliban officials and a local medic said. At least 21 people were hurt.

The blast went off in the Guzargah Mosque in the western city of Herat during Friday noon prayers, the highlight of the Muslim religious week when places of worship are particularly crowded.

The explosion killed Mujib-ul Rahman Ansari, a prominent cleric who was known across Afghanistan for his criticism of the country’s Western-backed governments over the past two decades. Ansari was seen as close to the Taliban, who seized control over the country a year ago as foreign forces withdrew.

Afghanistan is a ‘disaster’ after a year of Taliban rule. What does the future hold?

His death was confirmed by the chief Taliban spokesman, Zabihullah Mujahid.

Ambulances transported 18 bodies and 21 wounded people from the blast to hospitals in Herat, said Mohammad Daud Mohammadi, an official at the Herat ambulance center,

There was no immediate claim of responsibility for Friday’s blast.

Previous mosque attacks have been claimed by the Islamic State extremist group, which has carried out a series of attacks against religious and ethnic minorities in Afghanistan, as well as Taliban targets.

The Herat mosque draws followers of Sunni Islam, the dominant stream in Afghanistan that is also followed by the Taliban.

In the year since the Taliban takeover of Afghanistan, Islamic State attacked several mosques in suicide attacks during Friday prayers, with a focus on targeting Shiite Muslims. Islamic State followers are also Sunnis and consider Shiites to be infidels.

Denial of responsibility! Secular Times is an automatic aggregator of the all world’s media. In each content, the hyperlink to the primary source is specified. All trademarks belong to their rightful owners, all materials to their authors. If you are the owner of the content and do not want us to publish your materials, please contact us by email – seculartimes.com. The content will be deleted within 24 hours.
AfghanistanAfghanistan blastAfghanistan Mosqueafghanistan newsAfghanistan TalibanAfghanistan todayAfghanistan UpdateAfghanistan updates
0
Share FacebookTwitterGoogle+ReddItWhatsAppPinterestEmail