Astronomers and Space Enthusiasts on Their Favorite Exoplanets 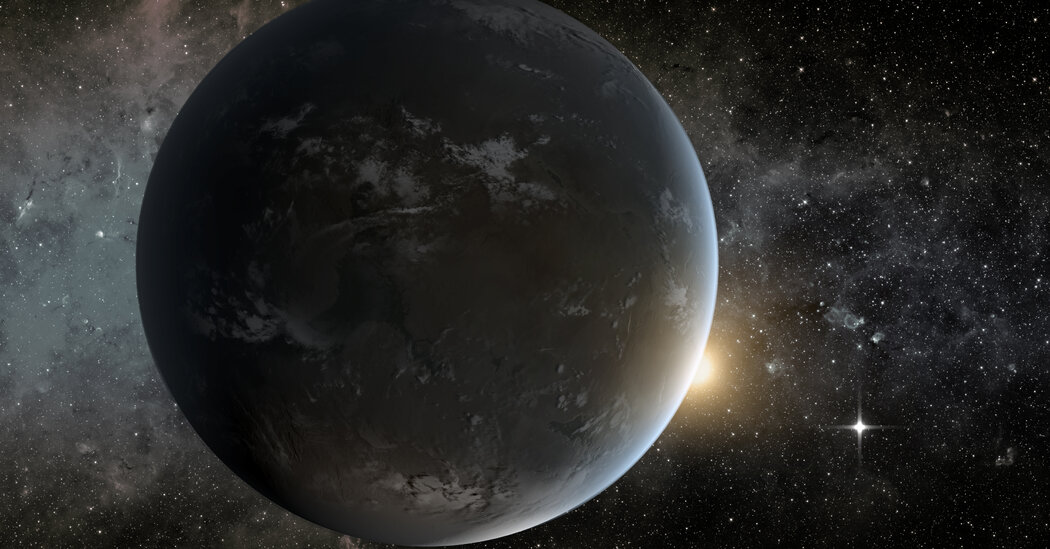 Luis Calçada, a science visualization artist who works with the European Southern Observatory, chose another hot Jupiter: Vega b.

“This star, which is only 25 light-years away from us, is central to Carl Sagan’s novel ‘Contact,’” Mr. Calçada said. He said the book sparked an interest that led him “to pursue a university degree in astronomy. After that, I built a career as a science illustrator. So this book, Carl Sagan and Vega have been present in a defining moment of my life. So seeing a planet being discovered around it was very exciting.”

During his years on “Star Trek: The Next Generation,” Wil Wheaton became familiar with fictional worlds and new forms of life. He picked YZ Ceti b, which is slightly smaller than Earth and orbits a red dwarf located 12 light years away, making it tantalizingly close for further study.

“It doesn’t make sense that, in a universe as vast as ours, we are the only intelligent (sentient) species,” Mr. Wheaton said in an email. “So when I look out into the night sky, I don’t just imagine that someone else is looking back. I know they are.”

He added that proof was unlikely to come in our lifetimes, so “our most urgent challenge as a species right now is to take care of the only planet we can live on so that generations from now, in a future so far away we cannot imagine what it will look like, our descendants can make first contact.”

Puff Up Your Imagination

At just 500 million years old, Kepler-51 is among the youngest star systems on this list. But though it is still a baby in astronomical terms, the system is already home to multiple planets with enigmatic properties, said Peter Gao, a staff scientist at the Carnegie Institution for Science.

Dr. Gao said the system’s three planets were nicknamed “super puffs,” with extremely low density that brings to mind Styrofoam or cotton candy and “challenge our understanding of how planets form and how they evolve.”

He added that, “I like them because I like a good mystery, and their existence has shown that the universe is always more imaginative than we are.”

Kamala Harris Presided Over Jackson’s Confirmation, but No Black Women Had a Vote

Why Europe Is Investing Heavily in Trains