Arrested Anti-Abortion Activist Claims She Was Given 115 Fetuses 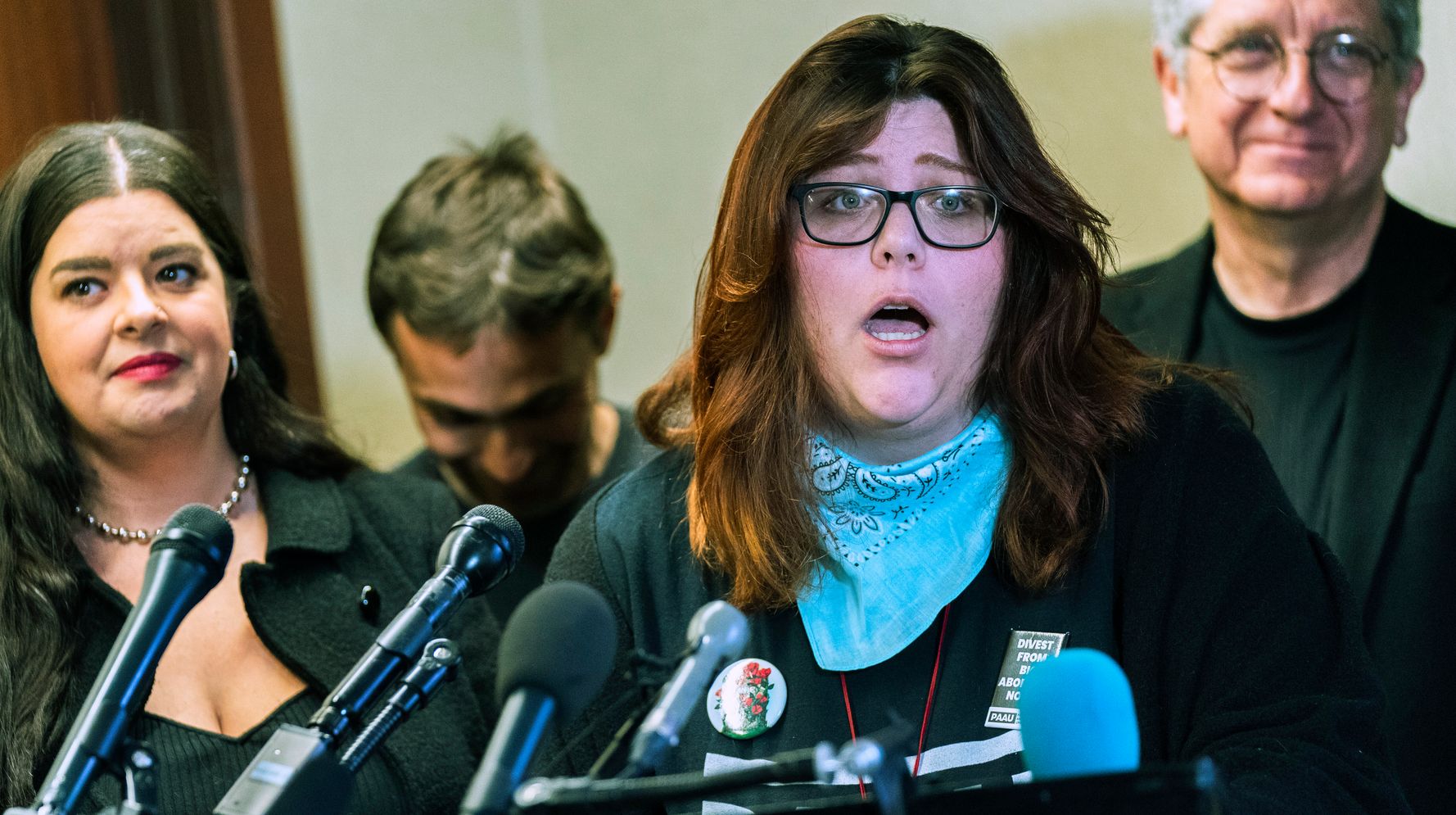 Two anti-abortion activists made new claims Tuesday about the five fetuses police found in one of their apartments last week, attesting that a medical waste worker had allowed them to seize 115 fetuses from outside a Washington, D.C., clinic last month.

Lauren Handy and Terrisa Bukovinac made their claims at a press conference days after D.C. police confirmed that officers had found fetuses in an apartment belonging to Handy, whom the FBI arrested that same day on charges of blocking access to an abortion clinic in 2020. She was later released.

Handy and Bukovinac, who both hold leadership positions at a group called Progressive Anti-Abortion Uprising, told reporters Tuesday that they had actually obtained 115 fetuses, not just five, from outside the Washington Surgi-Clinic, where they’d gone to protest on March 25.

They claim they had approached and taken the fetuses from a driver for Curtis Bay Medical Waste Services who was loading boxes into a vehicle.

“We asked him if he knew what was in the boxes, and after he said no, we told him: dead babies,” Bukovinac said Tuesday. “The driver was visibly shaken. After he confirmed the boxes were from Washington Surgi, I asked him, ‘Would you get in trouble if we took one of these boxes?’”

Bukovinac said the driver willingly handed the box over after she and Handy told him they wanted to give the contents “a proper burial and a funeral.”

“On March 25, a Curtis Bay employee took custody of three packages from the Washington Surgery Center (Washington Surgi-Clinic) and delivered all of them to Curtis Bay’s incineration facility,” the company said in a statement to The New York Times, adding that the worker did not give away any of the boxes. “Any allegations made otherwise are false.”

Bukovinac said they brought a box back to Handy’s apartment to unpack it and eventually buried 110 fetuses they believe were aborted during the first trimester of pregnancy. The other five she described as “late-term” or “nearly full-term” and the victims of possible federal crimes, so the women began seeking out a doctor to confirm the fetuses’ gestational ages.

When they failed to find a medical professional for that purpose, Bukovinac and Handy “coordinated with attorneys to alert the D.C. homicide unit of the location of the five larger babies and requested an investigation into their deaths” on March 29, Bukovinac said.

“The patterns of their wounds suggest violent federal crime,” Handy claimed on Tuesday, shortly before displaying graphic images of the fetuses they collected.

But before D.C. police arrived the next day and found the fetuses in Handy’s apartment, the FBI arrested and charged her and eight others with federal civil rights offenses. According to prosecutors, they violated the Freedom of Access to Clinic Entrances Act in October 2020 when they used their bodies, furniture, ropes and chains to block the doors of an abortion-providing clinic in the capital.

D.C. police say they have not found “anything criminal in nature” regarding the five abortions the activists wanted investigated. The city does not ban the procedure at any stage of pregnancy and leaves the decision up to patients in consultation with their doctors.

Nationwide, around just 1% of abortions are performed 21 or more weeks into a pregnancy, and physicians typically provide them at that stage because of severe fetal anomalies or threats to the mother’s life.

Neither Bukovinac nor Handy have been arrested or charged in connection with obtaining the fetuses but said Tuesday that they believe it’s a possibility. “We’re not afraid,” Bukovinac said.

Denial of responsibility! Web Times is an automatic aggregator of the all world’s media. In each content, the hyperlink to the primary source is specified. All trademarks belong to their rightful owners, all materials to their authors. If you are the owner of the content and do not want us to publish your materials, please contact us by email – webtimes.uk. The content will be deleted within 24 hours.
Abortionfetus
0
Share FacebookTwitterGoogle+ReddItWhatsAppPinterestEmail

After the match in hand, Sanju Chakravala said after the defeat … – News18 Lokmat