Afghan MP appeals to Canada to do more to help refugees: ‘Commitment is not done’ – National 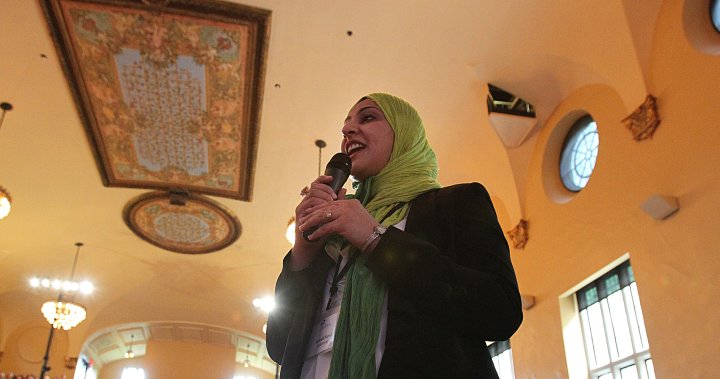 A member of Afghanistan‘s Parliament forced to flee her homeland after the Taliban takeover last year is pleading with Canada to do more to help bring Afghan refugees to safety.

Trudeau defends Canada’s resettlement of Afghans, says ‘there’s much more to do’

But Naheed Farid, who sat in Parliament in Afghanistan for 11 years, and three Canadian senators said Thursday the applications for the remaining 26,000 are already in processing and yet there are still thousands of desperate people waiting for a chance to flee to safety.

They’re asking the federal government to not to stop at 40,000, to make it easier for Afghans to get visas, and to create a special high-level committee led by Fraser to tear down the bureaucracy that is making the whole process more difficult than it should be.

“Even if the threshold of 40,000 refugee intake is already full, the responsibility and the determination and the commitment is not done yet,” Farid said, joining a news conference in Ottawa via video link.

Farid said Canada has done so much already to help but there remains a dire human rights and humanitarian situation facing millions of people that demands an even bigger response.

The senators said their offices are flooded with requests for help and at first, efforts to work with embassy staff, diplomats and immigration officials succeeded. But Ontario Sen. Ratna Omidvar said the protocols and processes Canada put in place to help have instead become an “impregnable fortress” of bureaucratic red tape that not even senators can break through.

Manitoba Sen. Marilou McPhedran said she cannot even get an answer from the government about who is making decisions about which Afghan applicants will be invited to resettle in Canada.

“So what has happened in my experience, and again, I’m just speaking personally, is that we have very dedicated officials who basically can’t seem to answer most of the key questions about some of these cases,” she said.

Individual Afghans must first show they meet the criteria and then cannot apply to come to Canada unless invited to do so by Canadian immigration officials. McPhedran said she is told by Fraser’s office that he cannot intervene to make decisions about who will be invited to apply and any officials she speaks with say they don’t know who makes those decisions but that it’s not them.

“So there’s a wizard behind the curtain here and it is a time when I don’t know who to turn to now,” she said. “That’s one of the reasons why we made the decision to speak out.”

McPhedran said the decisions also seem quite arbitrary. She spoke of two women who had both worked for a Canadian aid organization in Afghanistan. After Kabul fell last August, the women sat down in the same room and submitted applications through the government of Canada portal at the same time.

One woman immediately received a response and is now preparing to board a plane to Canada. The other woman, who McPhedran referred to as “Zed” to protect her identity, got nothing back, so applied again and got an automatic reply. She then applied a third time and again got nothing. She has been able to get to Pakistan now, said McPhedran, but remains in jeopardy.

“Even after we verified that this is a woman who served Canada, whose entire salary was paid by Canada to the (non-governmental organization), side by side with her colleague, her colleague is about to arrive in Canada, and we still don’t even have an invitation to apply for Zed,” said McPhedran.

The Canadian Press reached out to Fraser’s office for a comment but has not yet heard back.

Ontario Sen. Salma Ataullahjan said she can’t even put into words the horror stories she hears about what is happening in Afghanistan and Canada has a moral obligation to do everything it possibly can to help.

“Afghanistan currently is the worst place on earth to be and it’s not getting any better,” said Ataullahjan.

Denial of responsibility! Secular Times is an automatic aggregator of the all world’s media. In each content, the hyperlink to the primary source is specified. All trademarks belong to their rightful owners, all materials to their authors. If you are the owner of the content and do not want us to publish your materials, please contact us by email – seculartimes.com. The content will be deleted within 24 hours.
Afghan refugeesafghan refugees canadaafghanistan parliamentCanadacanada afghan refugeesImmigration Minister Sean FraserNaheed FaridSalma Ataullahjan
0
Share FacebookTwitterGoogle+ReddItWhatsAppPinterestEmail